Giving to Bates soars to record $28.2 million, more than doubling since 2013 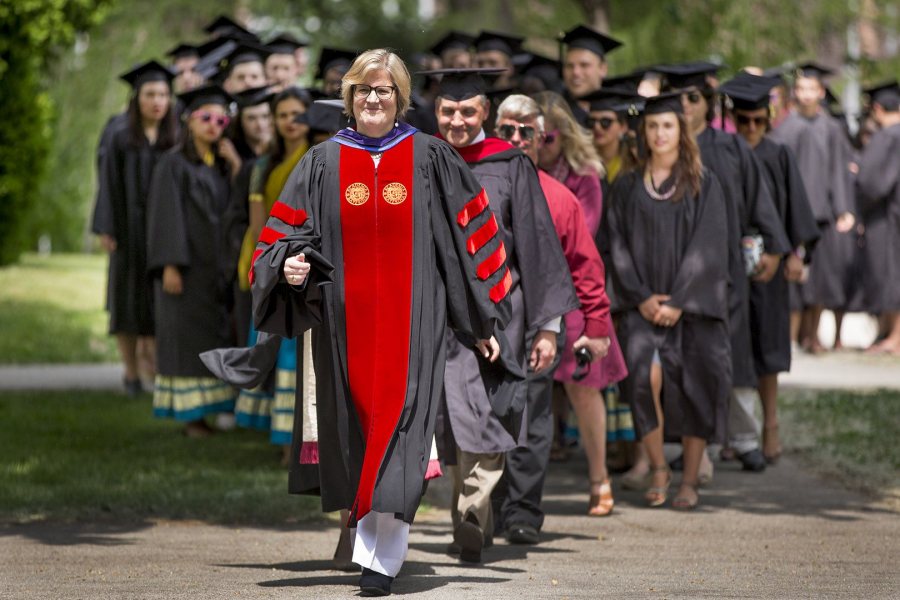 Bates alumni, parents, and friends contributed a college-record $28.2 million during the fiscal year ending June 30, an increase of 134 percent since 2013.

“It’s thrilling to share news of a record-breaking year of philanthropy by alumni, parents, and friends. Their generosity is extraordinary and exemplifies pride in community and commitment to the college,” said Sarah R. Pearson ’75, vice president for college advancement.

“I am deeply grateful to everyone who made Bates a priority this year. I’m especially grateful to the more than 450 alumni and parents who supported this effort as tireless volunteers.”

Giving to Bates has increased 30 percent or more in each of the last three fiscal years — more than doubling since fiscal 2013, the initial year of Clayton Spencer’s presidency.

“Those who know and love Bates have invested in the college to a remarkable degree, and we are profoundly grateful,” Spencer said. “The generosity and support of our alumni, parents, and friends have enabled extraordinary progress over the past four years, and given us great confidence in setting ambitious goals for Bates’ future.”

The 15 classes that celebrated Bates Reunions in 2016 contributed more than $900,000 to the Bates Fund during the year, while the college’s youngest alumni, the members of the Class of 2016, celebrated their graduation from Bates with 76 percent participation in the Senior Gift campaign.

“Giving to Bates has an impact on every aspect of the college experience,” Pearson said. “On behalf of the entire campus community, I offer my gratitude. It’s been a remarkable year, and we are truly thankful.”