Here comes the Class of 2020, bringing ‘the world to Bates’ 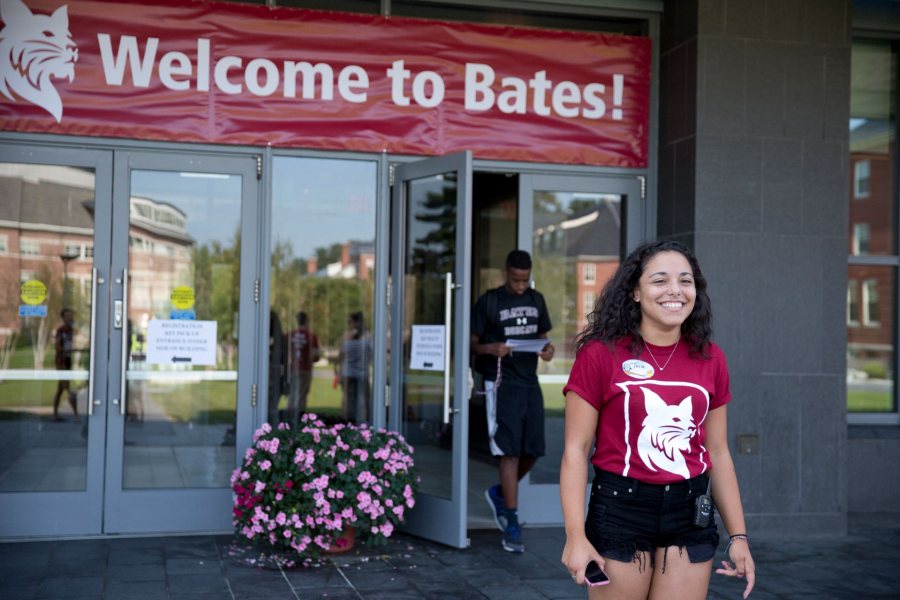 Nearly one year after submitting their applications, the 499 members of the Class of 2020 will arrive at Bates on Monday for “move-in day.”

Like many college students, they’ll come in cars and vans, and on planes and trains, loaded with the stuff of dorm life: mini fridges, bedspreads, Ramen noodles, laptops, and shower sandals.

“These students bring the world to Bates and to their class.”

More important, the newest Bates students will bring with them the skills, histories, and interests that make Bates a vibrant, compelling, and engaged community. All told, the Class of 2020 comes from 38 states and 30 countries.

“These students bring the world to Bates and to their class,” said Leigh Weisenburger, the college’s dean of admission and financial aid. “The diversity this class represents is truly exciting, and they are also exceptionally well-prepared for the academic rigors of Bates.” 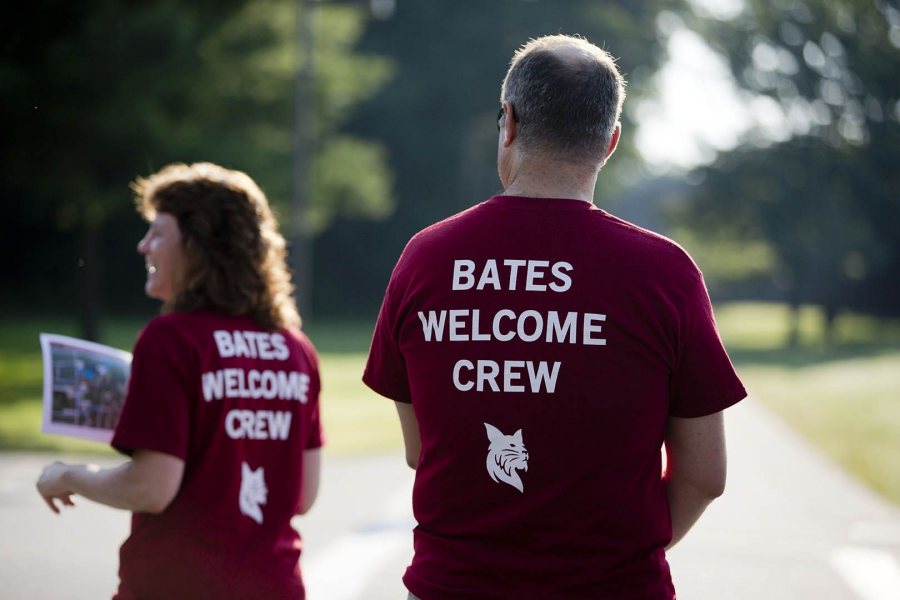 The class boasts a nationally ranked figure skater, a nationally ranked chess player, a trained circus aerialist, and a World War II re-enactment enthusiast. And there are those whose worldviews and philanthropic efforts belie their youth, like the young woman who started a microfinance project in India to teach girls how to make and sell everyday items.

After the new students have met their roommates, called dibs on a bed, and unloaded their belongings, they’ll begin Orientation, a week-long program of seminars, discussions, and outings — including the student-led AESOP program — meant to kick start friendships and instill the skills and know-how needed to make the transition into the Bates community.

A new feature of Orientation this year is a performance by a Bates alumna and professional solo artist, Anike Tourse ’92, who spent time on campus last spring interviewing faculty, staff, and students.

Drawing from that work, as well as from her own experience as a student, Tourse will give a solo performance communicating Bates ideals of diversity, inclusion, and thoughtful choice-making. 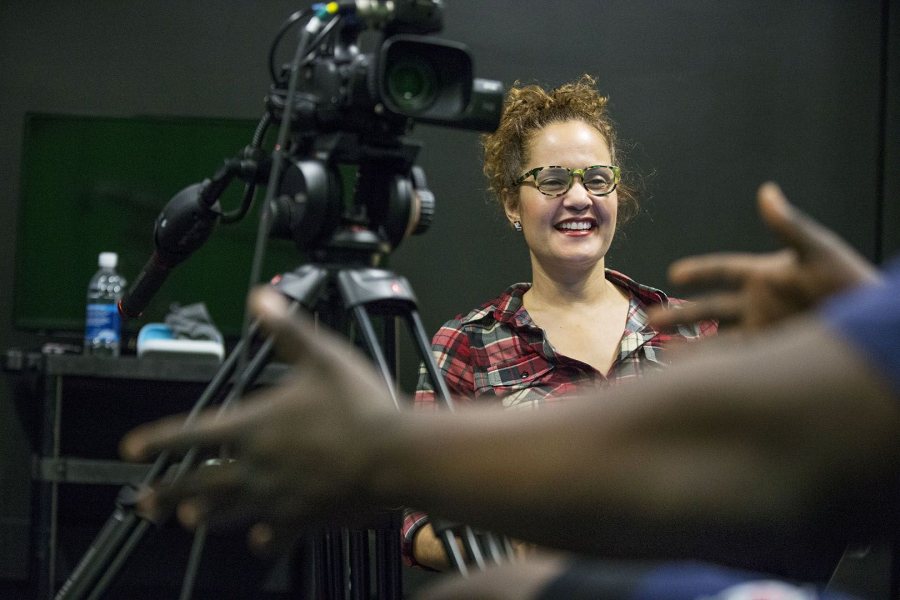 In 2015, Bates gave its new-student Orientation a top-to-bottom overhaul, and college staff continue to tweak and improve the programming.

One new aspect for 2016 is Bobcat First!, a week of pre-Orientation programs for members of the class who are the first in their families to go to college.

According to the college’s Office of Intercultural Education, research shows that first-generation students do best when they find a sense of belonging and community on their campus, and the Bates model is structured to help them build connections and foster a sense of self-empowerment. Workshops have included how to find on-campus jobs, effective time management, and personal safety tips.

The Class of 2020’s arrival coincides the opening of two new residences at 55 and 65 Campus Ave., the latter also the new home for the College Store as well as the college’s Post & Print office. 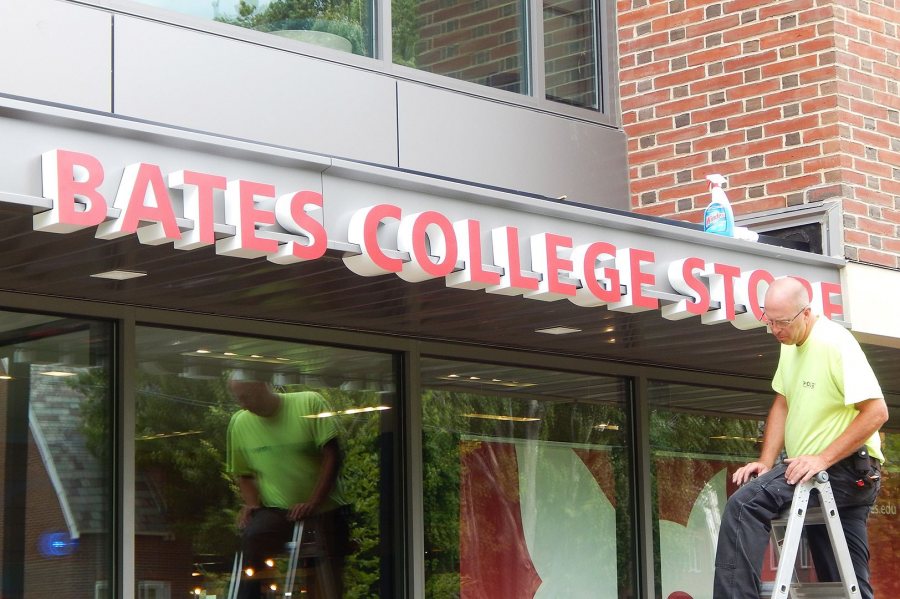 Around campus one sees finishing touches for the Class of 2020. Here, a technician for Exposé Signs & Graphics finishes mounting a sign for the College Store on a front canopy at 65 Campus Ave. (Doug Hubley/Bates College)

The 499 members of the Class of 2020 were selected from a pool of 5,356 applicants, the second-largest in the college’s history. Of those applicants, just 23 percent were admitted. Of those, 41 percent chose to enroll, giving this class of 499 students a strong “yield” rate.

It all leads up to Convocation on Sept. 6, which opens the academic year. This year, students will hear from Dan Gediman, a longtime producer for public radio shows such as All Things Considered, Morning Edition, Marketplace, and This American Life.

Gediman is co-editor of the book series This I Believe, which collects the personal philosophies of Americans, from the famous to the unknown. Based on the radio series with the same title, This I Believe is the college’s Common Read for the Class of 2020.