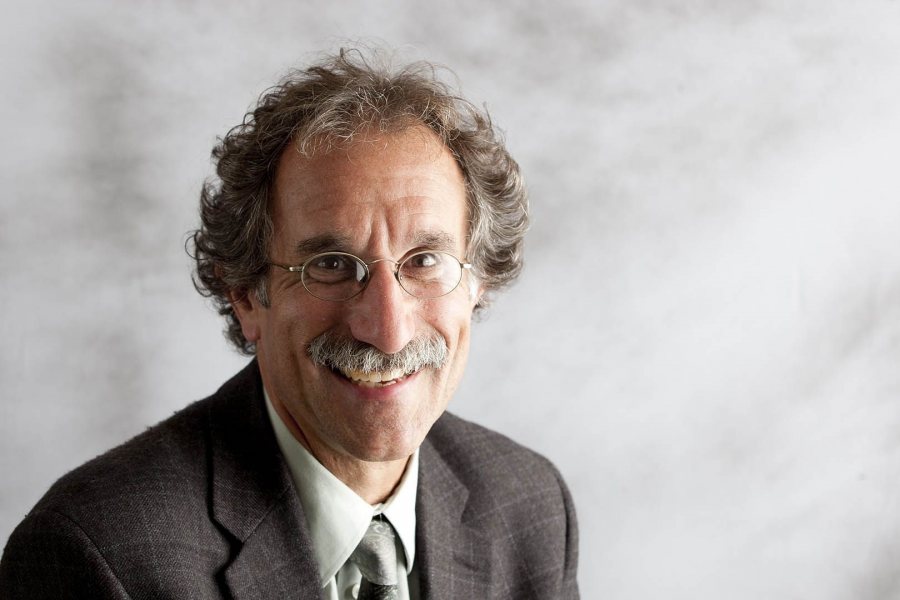 When you’re hoping to learn something, passive is sitting in a classroom and (hopefully) soaking in the lecture.

And there’s active, where you’re taking a hands-on approach to solving problems that have their roots in real-world situations. Sometimes, especially in the sciences, that’s the best way to learn.

Tom Wenzel, Charles A. Dana Professor of Chemistry at Bates, favors that second approach in his teaching. And the National Science Foundation agrees with him: The NSF recently awarded Wenzel and a collaborator at the University of Iowa $900,000 to further a practice called “active learning” at schools across the country. 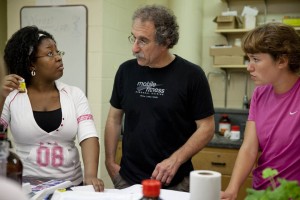 “This is a way to help faculty meaningfully change the way they teach,” Wenzel says. “To move away from lectures to doing in-class group work, and away from ‘recipe-driven’ laboratories to more open-ended experiments. And to move toward enabling students to design experiments, and figure out what the data means and whether it’s supporting their hypothesis.”

Provided through the NSF’s Improving Undergraduate STEM Education (IUSE) program, the grant supports Wenzel’s longtime leadership in creating an adaptable analytical chemistry curriculum that will enable instructors at all types of colleges and universities to implement active learning.

In this latest phase of the project, teachers of analytical chemistry from different institutions will take part in a series of workshops and follow-up activities designed to instill the methods and goals of active learning in the classroom and lab.

Bates will receive some $632,000 over three years. It’s the third and final NSF grant for the project, which the foundation funded in 2008 and again in 2011 to support the development of online curriculum materials.

The balance from the latest award will go to Wenzel’s collaborator, Associate Professor Renee Cole of the University of Iowa, a specialist in chemistry education. Cole will assess how effectively workshop participants assimilated the active-learning approach, and how effective that approach was with teaching their students.

Wenzel is something of a pioneer in active learning, says Professor of Chemistry Paula Schlax, this year’s recipient of Bates’ Kroepsch Award for Excellence in Teaching.

“Tom teaches analytical chemistry using methods that are original, and before his outreach through this curriculum project, quite unusual,” says Schlax.

“The approaches that he uses — active-learning exercises in the classroom, laboratory experiments that are inquiry-based and involve ‘real-world problems’ — are repeatedly reported to be among the best in helping students succeed in science courses and develop a sense of belonging in the community of scientists.”

“Tom teaches using methods that are original, and before his outreach through this curriculum project, quite unusual.”

Wenzel describes this latest phase of the project as a pilot to test the efficacy of multiple active-learning training sessions for chemistry instructors. “For a lot of people, a half-day symposium doesn’t get them to say, ‘I’m going to totally change the way I teach,'” he notes.

Instead, the training will entail successive sessions — national workshops followed by regional events, in turn bolstered by follow-ups such as visits to participants’ home institutions.

“If, three years from now, we can provide data saying that what we’re doing works — people are actually changing the way they teach — that could set the rest of the group up to continue this project,” Wenzel says.

“It could serve as a model for other areas in chemistry, and maybe other STEM fields in general.” He adds that the project is also designed to increase diversity in chemical instruction and, by extension, other realms of math and science.

“We have now run two workshops for faculty at historically black or Hispanic-serving institutions,” Wenzel says. “We had 52 participants, and many of them have great stories about how they’ve incorporated more active learning in their classes and labs. Several have gotten grants funded for curriculum work that came out of our workshops.”

A member of Bates’ chemistry faculty since 1981, Wenzel’s research involves sophisticated techniques for identifying enantiomers — molecules that are mirror images of each other but, despite that similarity, can have very different reactive effects.

Earlier this year, Wenzel received a new entry on his long list of professional honors and achievements as the American Chemical Society designated him an ACS Fellow — a designation recognizing contributions to both the society and the field of chemistry as a whole.

The designation came as Wenzel, appointed Charles A. Dana Professor of Chemistry at Bates in 1997, anticipates retirement within a few years.