The Bates debate team of Abby Westberry ’19 of Readfield, Maine, and Tessa Holtzman ’17 of Las Cruces, N.M., won the North American Women’s Debating Championships, hosted by the University of British Columbia in Vancouver on March 18–19.

In fact, the tourney’s final round was chock full of Bobcats, with the Bates team of Katie Ziegler ’19 of Katonah, N.Y., and Sam Malone ’19 of Sacramento, Calif., also advancing to the four-team finals of the British parliamentary style debate. 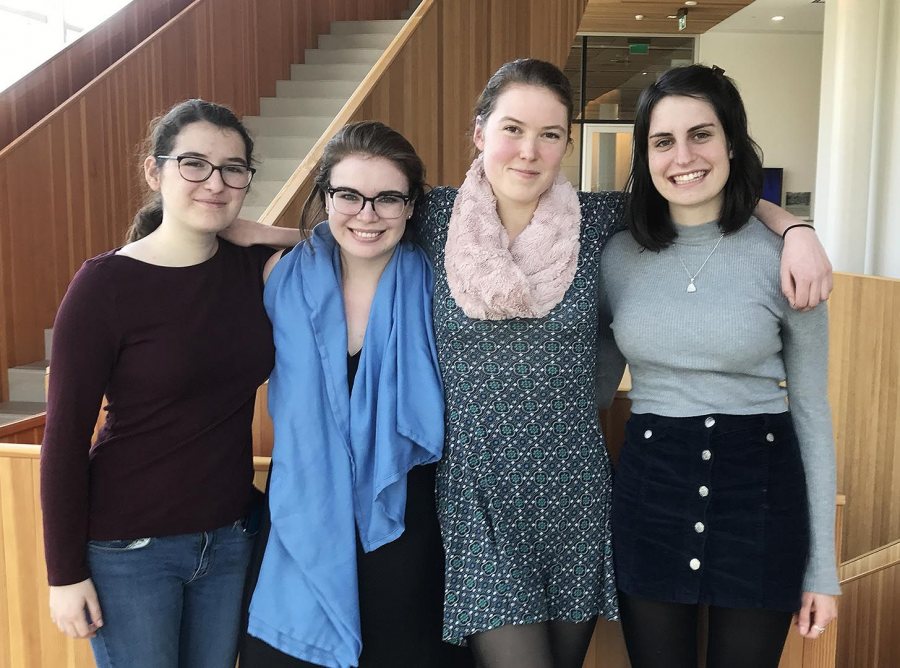 The team of Abby Westberry ’19 (second from right) and Tessa Holtzman ’17 (right) won the North American Women’s Debating Championships, and were joined in the final round by the team of Katie Ziegler ’19 (left) and Sam Malone ’19 (second from left).

The NAWDC is more than a tournament for and judged by women: It seeks to even the playing field for “women and non-male identifying individuals” who “have been systemically underrepresented in debate, which is seen as part of the male domain.”

Like many real biases, gender bias in debate can be hard to quantify yet still palpable, say Bates debaters.

“At tournaments, our debaters compete against and are judged by students from other schools,” explains Westberry. “Within the stressful environment of a debate room, biases manifest themselves in many ways.”

For example, she says, “it is immensely frustrating as a woman when you exit a round knowing that you gave an excellent speech, only to have a judge value it as lesser. This can be incredibly disheartening for female debaters.”

Which is why, Holtzman adds, “we must continue to fight for the inclusion of all voices on the circuit.” 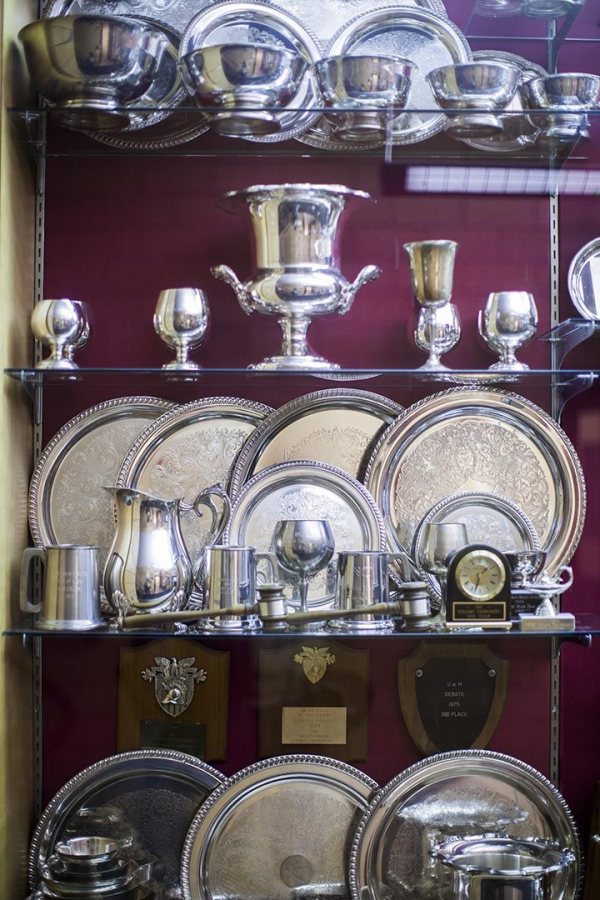 The college’s own debate tradition, carried forward by the venerable Brooks Quimby Debate Council, is less fraught with gender issues than the NAWDC’s premise might suggest. Holtzman is president (though, as she points out, she’s the first female president since 2000) and Westberry is vice president.

The college’s director of debate is Lecturer in Rhetoric Jan Hovden. Surveying the debate landscape, she says that BQDC has “significantly more women participating on our team than most debate societies do and we work hard to create a team environment in which all members feel welcome and supported.”

She adds, “The significant success that the women on our team have achieved illustrates that debate doesn’t have to be an overtly masculine space.”

Holtzman says that “we are always trying to reach out to other underrepresented groups. Other schools also do this, as we all have an interest in fostering an environment where everyone feels like they can speak and be heard.”

In January, Bates sent four women and four men to the 2017 World Universities Debate Championships, in which the Bates team of Zoë Seaman-Grant ’17 and Matt Davis ’18 advanced to the finals. Holtzman, Westberry, and Zeigler also competed at WUDC, as did Cole Limbach ’18 of Los Altos, Calif., Bennett Saltzman ’18 of Dobbs Ferry, N.Y., and Dylan Desjardins ’18 of Arlington, Mass.

“Sending this many women debaters to such a prestigious tournament is certainly notable and says a lot about the work Bates puts in to ensure that its female debaters feel supported and empowered,” Holtzman says.