As documentary film producer Amy Geller ’96 read a story in Bates Magazine, a question kept popping up in her head: “What would compel a woman in her 40s who already had three kids to have a baby for her gay friends?”

The article, published in 2011, was about how Rachel Segall ’91 — who has three children of her own with husband Tony Hurley ’91 — offered to be a gestational carrier for her friend Erik Mercer ’91 and his husband, Sandro Sechi, in 2010.

As Segall’s husband has said, she leads with her heart. Mercer, Segall, and Hurley have been close since they met at Bates — and Segall was simply moved to help Mercer have a child. For him and Sechi, enlisting a surrogate would otherwise have been a difficult and expensive proposition.

Complete with photos of the baby shower, the Bates Magazine article culminated with the birth of Mercer and Sechi’s daughter, Rachel Maria, now 6. At the end of the post, though, an update to the narrative leaped out at Geller: Segall was carrying a second child for Mercer and Sechi. 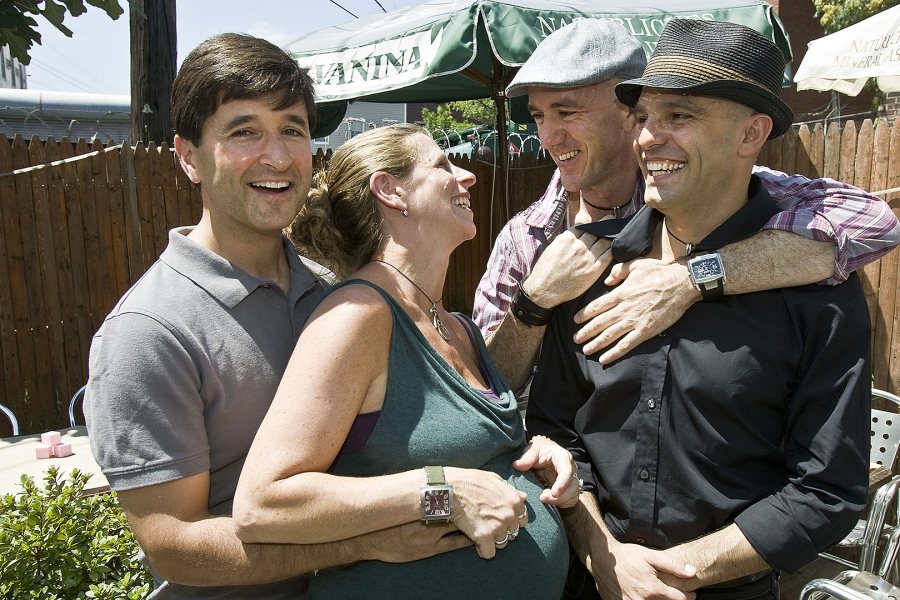 Back in 2010, the central figures in the Bates Magazine story about Rachell Segall ’91 serving as a gestational carrier for her friends gather for a baby shower. From left, Tony Hurley ’91, Segall, Erik Mercer ’91, and Sandro Sechi. (Lorenzo Ciniglio for Bates College)

Geller realized that the update gave her an entrée, as a filmmaker, to tell its next chapter. “I thought, ‘OK, that’s the story you can actually show.'”

Which is just what Geller, a film and television producer since 1999, went on to do. She enlisted as co-director and co-producer filmmaker Allie Humenuk (Shadow of the House), and from late 2011 through 2015 the pair filmed the Hurley-Mercer-Sechi-Segall clan.

The result is The Guys Next Door, a feature-length documentary that has pleased audiences across the country. The next stop is Bates — where the story began a quarter-century ago.

Humenuk and Geller present Guys here March 30 in an event that features the principals in a post-screening Q&A. (If you can’t make the screening, the film can be streamed or purchased online.)

The trailer for the feature-length documentary The Guys Next Door:

Released in April 2016 and billed as a “portrait of a real Modern Family,” the film has a simple message: “Family is family, however it’s formed,” as Geller says.

Guys makes that case through an intimate, gently humorous series of domestic moments, recollections, revelations, and happy gatherings epitomized by the birth of the second Sechi-Mercer child, Eleonora.

The film shows that what makes a family a family is not a question of sexual orientation, says Geller. “They happen to be gay, but they’re happy and healthy and complicated, just like all families are. They have a lot of the same issues that any family has.”

The Guys Next Door is centered on the Sechi-Mercer household in Portland, Maine, and uses their family life to frame the forces that made them what they are today — including forces such as growing up in conservative environments that complicated coming to terms with their sexuality. 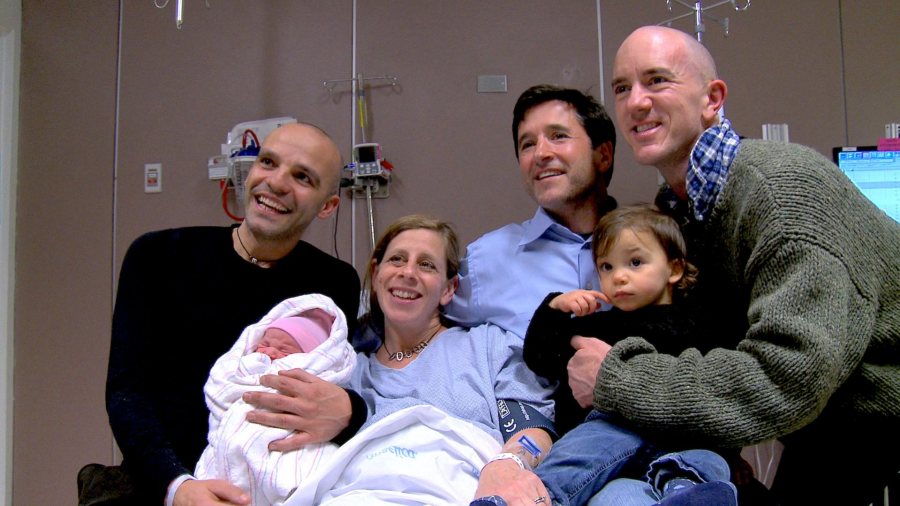 In January 2012, the principals pose for a photo during filming of the documentary Guys Next Door. From left, Sandro Sechi (holding newborn Eleonora), Rachel Segall ’91, Tony Hurley ’91, and Erik Mercer ’91 (holding Rachel). (A Squared Films)

A native of Sardinia, Sechi is a language teacher and a writer known in Italy for Oriana Falacci’s Eyes, a memoir about his time as assistant to the renowned journalist Falacci. (He has co-written a play based on the book that will be produced in Portland in June.)

Sechi says that seeing the film often brings him right back to what he felt while the camera was rolling — especially as he talks about his mother, who died not knowing that he was gay.

Mercer is a social worker with an interesting specialty: Working for the defense in capital cases, he researches and compiles the personal stories of defendants as a way to humanize them in the eyes of the court. 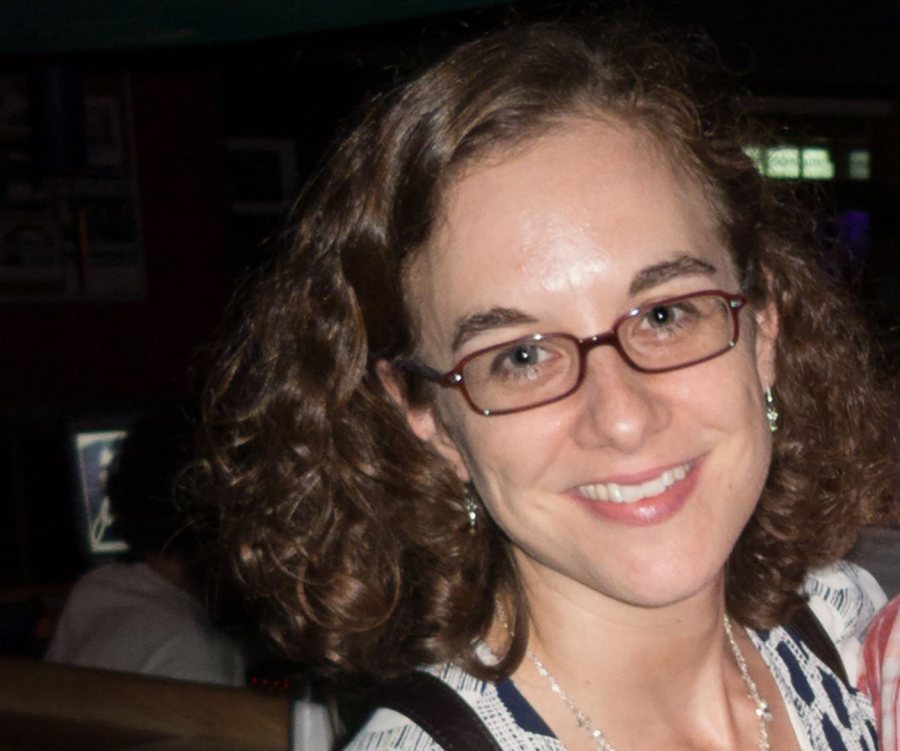 Amy Geller ’96 is co-producer and co-director of The Guys Next Door. (A Squared Films) 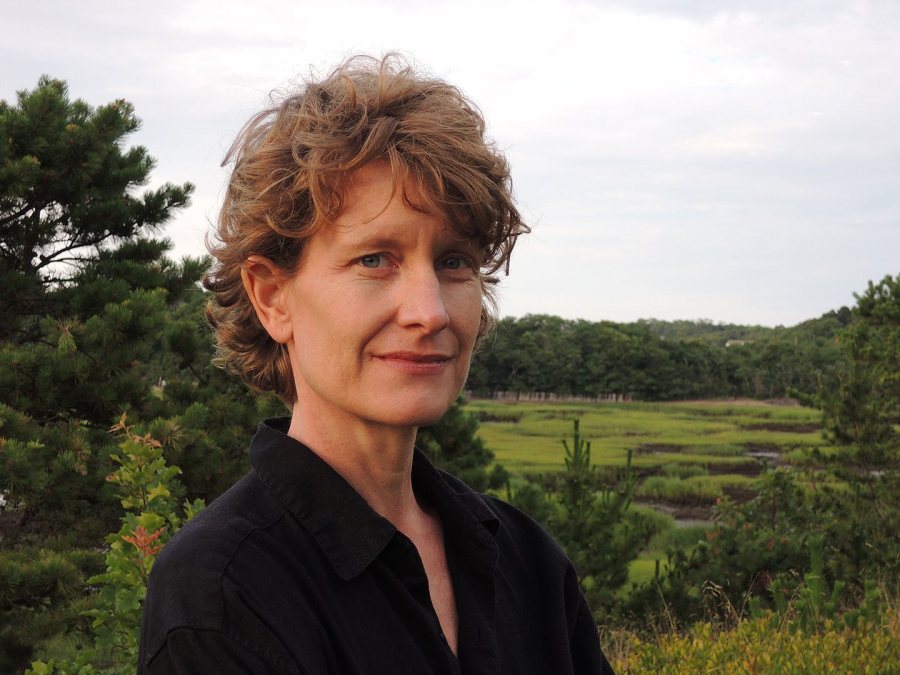 Allie Humenuk joins Amy Geller ’96 as co-producer and co-director of The Guys Next Door. (A Squared Films)

Mercer’s work, specifically the amount of travel it entails, illustrates the film’s “family is family” theme, as an encounter that followed a Guys screening makes clear. “This heterosexual, presumably wealthy businessman came up to me, very emotional, and said that he could relate so much to the movie,” says Mercer.

What had touched the viewer was a scene where Mercer and Sechi are wrangling with the tension between the former’s need to travel for work and the latter’s frustration with being left to run the household alone.

“I can just see my wife’s expression in Sandro’s expression,” the man told Mercer, “and I could feel your pain about having to be away.”

Mercer says, “that was the greatest example of how the film touches things that transcend gender, transcend sexual orientation, transcend all that. It’s just about relationships and family.”

As for Segall and Hurley, it’s a testament to the couple’s bond that, as psychotherapist Segall says, carrying the guys’ children and even taking part in the Guys film served to bring her and Tony closer (and didn’t faze their own children at all.) In fact, she believes that for the whole group, “seeing the film — all of our different reactions to it, all the different issues that come up — has just made us all that much more connected.”

In fact, as one of its most powerful themes, the film shows Segall as the heart of an extended family comprising the Sechi-Mercer household along with her own husband and children, Maddie, Jordie, and Zeke. And, since Geller and Humenuk showed up with camera and microphone in hand, they’ve become part of the scene as well.

Humenuk and Geller envisioned the film at first as a human-interest story, but it was soon clear that Guys, while not polemic, is inescapably political. That’s more true than ever in the aftermath of a 2016 campaign and election that dramatically re-energized social conservatives. In this new environment, the film “becomes exponentially more important,” Mercer says.

“They have the same vision of life: being gentle, sharing, and smart”

Hurley, who manages an IT team at The Bank of New York Mellon, says that he initially “had mixed feelings” about the need for the film. “I mean, it feels like less and less of an issue every day in the world that I live in.” But the election “brought home that it’s not settled.”

Sechi and Mercer met in 2005 and married in 2010. After more than a decade observing the longtime Bates friends, Sechi has a fine sense of the values Mercer, Hurley, and Segall have in common.

“They are compassionate,” he says, “and they really are willing to fight for political views, for politics, and that’s good.” He adds, “They have the same vision of life: being gentle, sharing, and smart. And they value friendship a lot.” 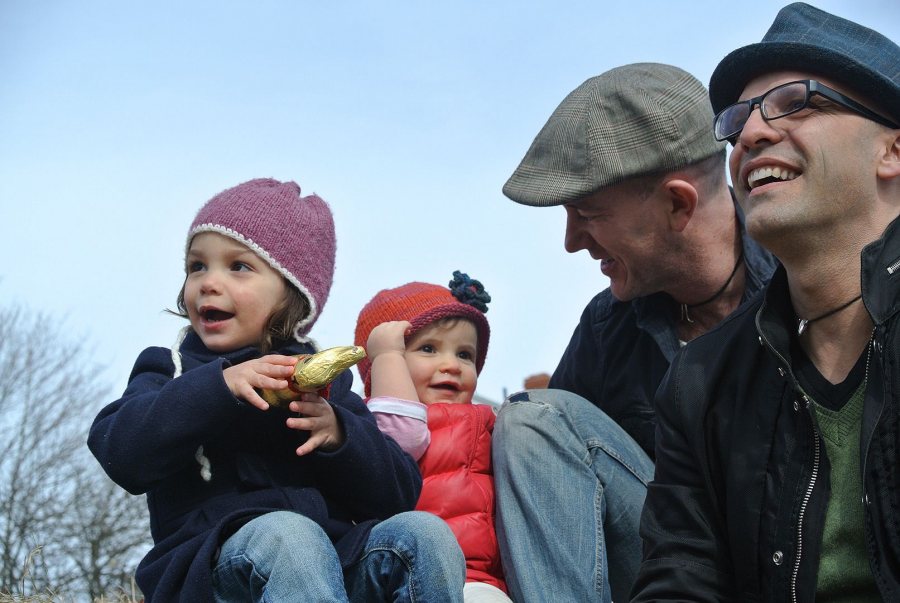 From left, Rachel, Eleonora, and their dads, Erik Mercer ’91 and Sandro Sechi. (A Squared Films)

Bringing Guys to Bates is no mere trifle for the group. Geller, who made her directorial debut with Guys, says that the late rhetoric professor Bob Branham inspired her passion for documentary filmmaking. Her Bates education overall, she adds, instilled a kind of critical thinking that’s essential to her work.

And, after all, the friendship that Mercer, Hurley, and Segall struck up at Bates was the starting point for the whole Guys Next Door story. “The seed of that friendship was planted then, and continues to grow, and grew into something that none of us really expected,” says Mercer, who didn’t come out till after Bates.

Mercer notes that he found screenings of Guys difficult at first, because it seemed both too personal and somewhat self-aggrandizing. “But it doesn’t feel that way anymore, because I understand that people are pulling things out of the film that have nothing to do with us.

“Just important messages about love and acceptance, about operating out of your comfort zone, about family, about relationships — just really fundamental parts of the human experience.”