For two weeks each spring, student photographs cover the walls of Pettengill Hall.

Taken by students during their off-campus studies, the photographs show people and places very far from the Bates campus. Yet the exhibition is not about making study abroad seem out of reach.

Just the opposite, in fact. 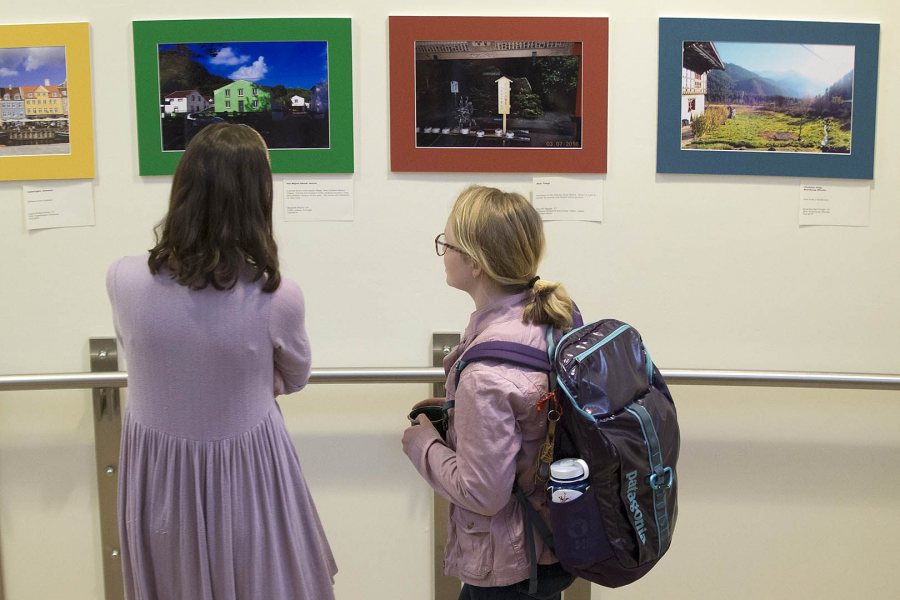 Among other goals — such as providing a venue for students to share their abroad experiences — the annual Barlow Off-Campus Photography Exhibition gives those students “who haven’t yet had the chance to study off campus an opportunity to imagine themselves in these places and landscapes,” says Associate Dean for Off-Campus Study Tina Mangieri.

Bates puts a premium on such accessibility, and the numbers back it up. Last year, 69 percent of the Class of 2016 graduated with off-campus study credit.

The annual photography exhibition, organized by David Das, assistant director of Off-Campus Study programs, is funded by the college’s Barlow Endowment, which supports a range of Bates-in-the-world opportunities for students and faculty, plus a special travel grant for alumni K-12 educators.

About the photograph: My younger of two host brothers, Edson, smiles a toothless grin outside my Baba’s duka. This small shop not only served as my family’s main source of income but also as the meeting place for our family excursions. This particular day, I was meeting my Mama to get my hair done downtown in our small village of Ngaramtoni. 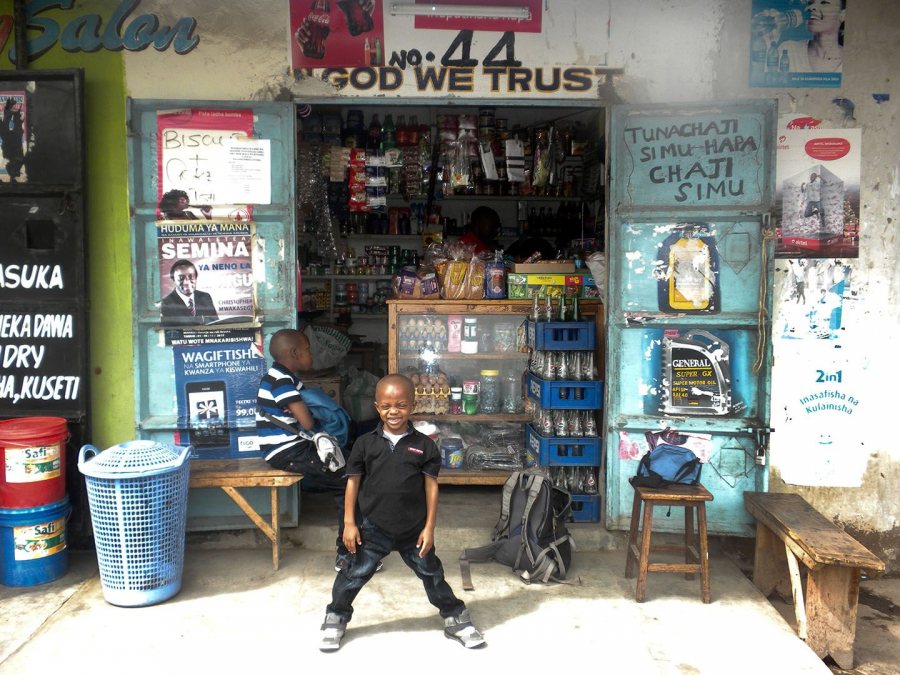 About the photograph: Frost-covered prayer flags criss-cross the summit of Gokyo Ri, elevation 17,575 feet, in the Solukhumbu District of Nepal. 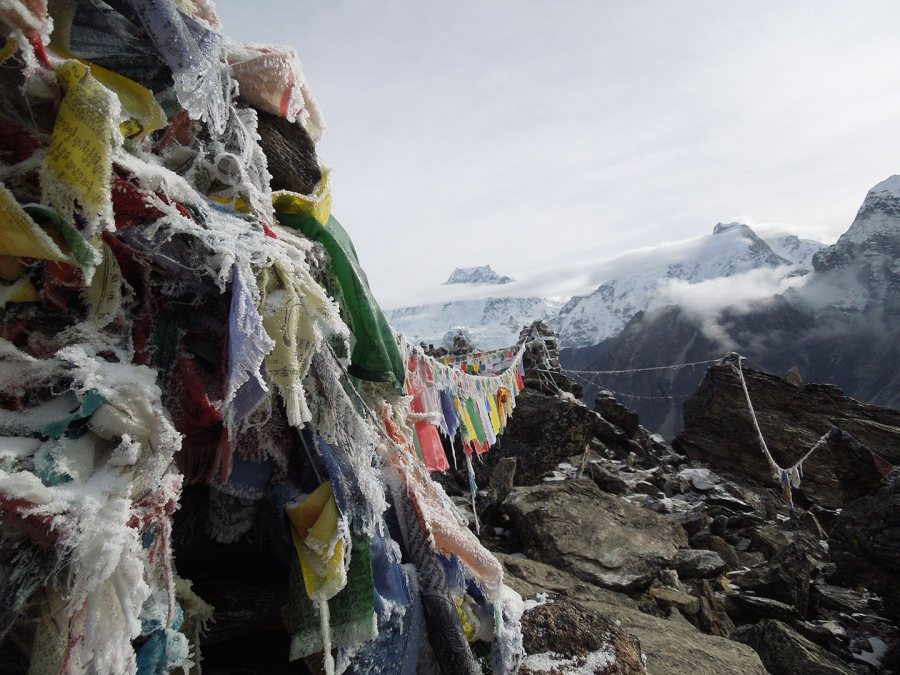 About the photograph: After a nine-hour drive from Marrakech through the High Atlas mountain range, we arrived at the camp where we would stay that night. We got on camels and trekked to see the Saharan sunset. 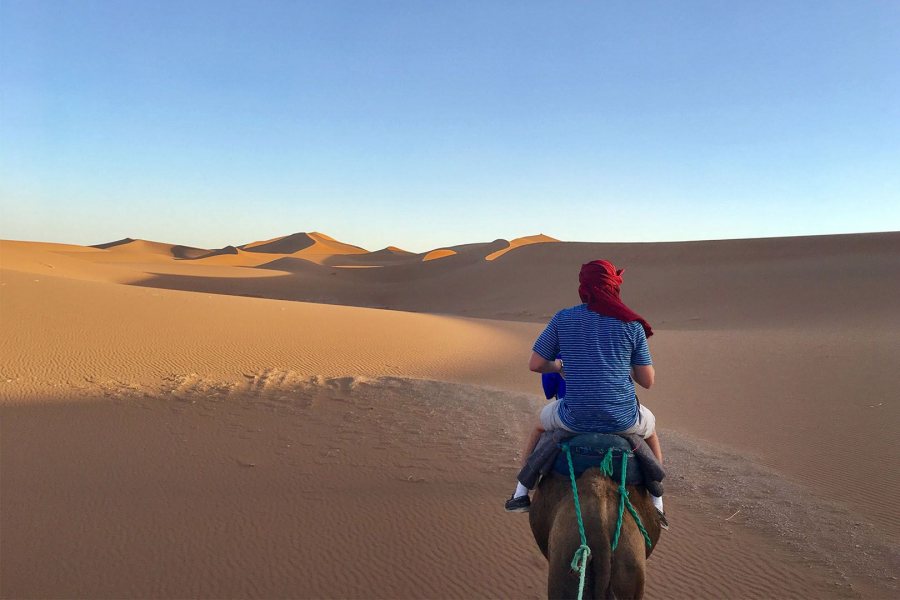 About the photograph: I passed by this house every morning on my way to the bus stop from my homestay. And every morning, I couldn’t help but stop and admire it. I’m not exactly sure what drew me. I think there was something about its vibrant colors and cottage-like style that reminded me of a house from a fairytale. I decided that I couldn’t leave Denmark without taking a photo of it. 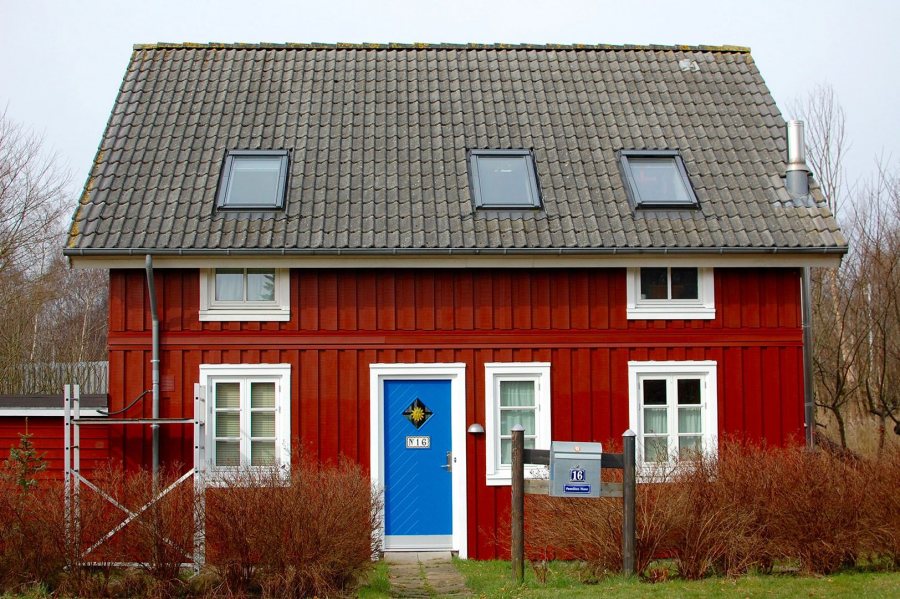 About the photograph: Looking out from Santa Lucía Ecolodge at a one-of-a-kind sunset in the Ecuadorian cloud forest. 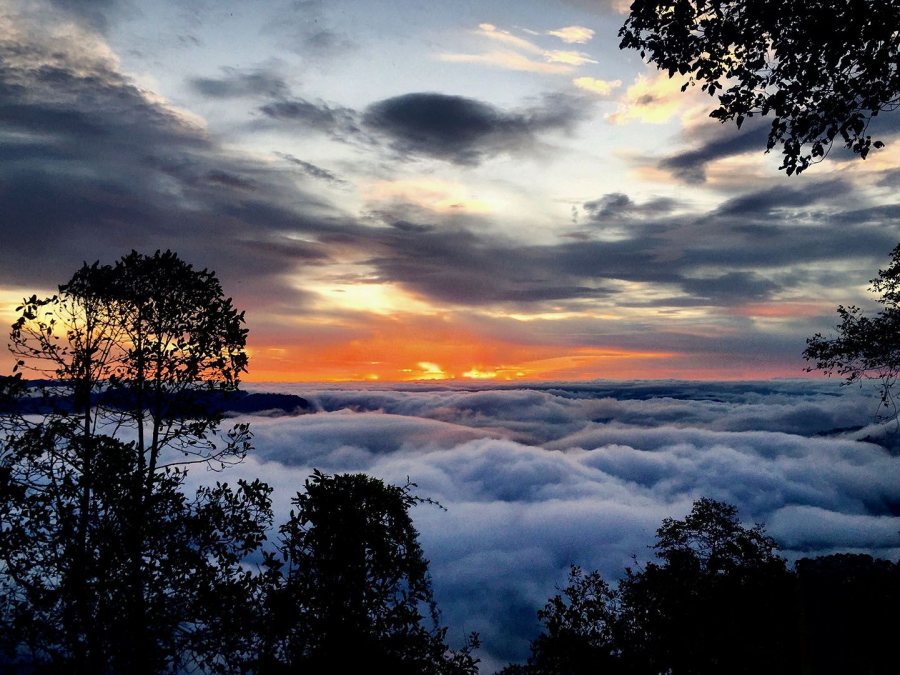 About the photograph: During my class trip to Scotland, we did a day hike up Conic Hill, on the West Highland Way. On our way up, we encountered this majestic Highland cow. 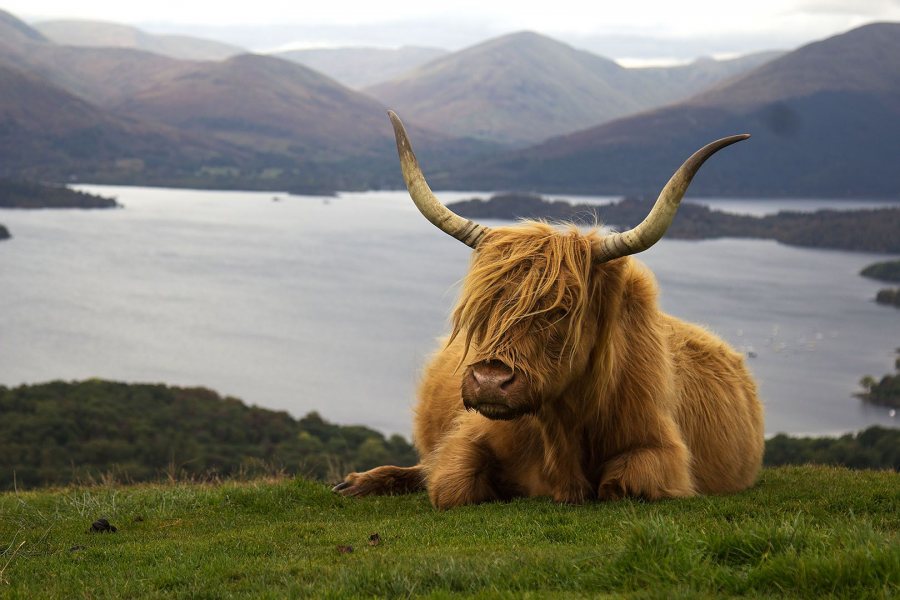 About the photograph: The exhibit Shalekhet (Fallen Leaves), on the floor in the Memory Void of the Jüdisches (Jewish) Museum in Berlin, Germany, has 10,000 faces punched from metal discs, representing all victims of war and violence. 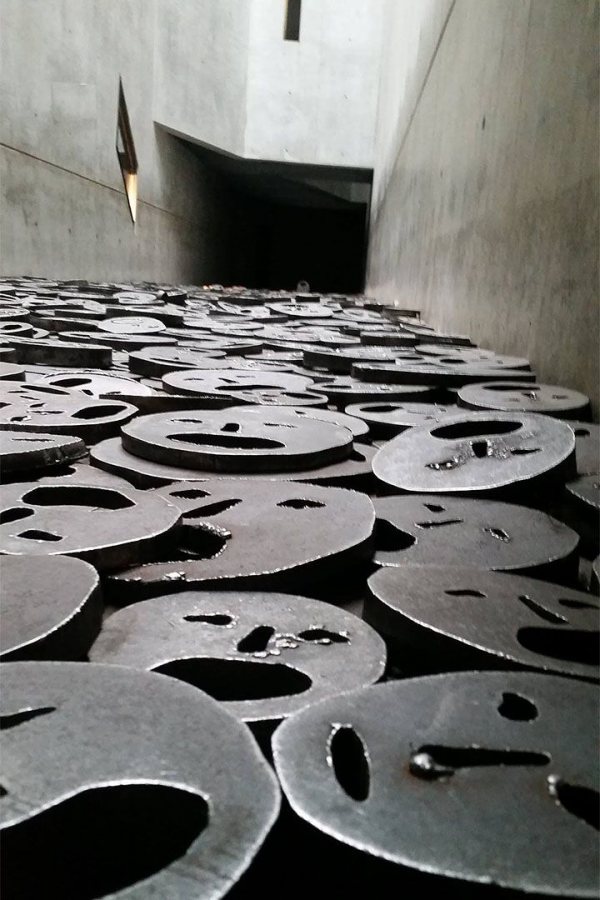 About the photograph: For my independent study project, I traveled to the Enashiva Nature Preserve to study giraffe social structure and behavior. I took photos of each individual and named them to further individualize each member of the herd for more specific observation.

By the end of my monthlong stay, I could recognize each of the 79 individuals within the park almost immediately by sight, and because I was camping by myself the entire month I got way too close to them.

This individual is Nyeupe. He is an older male, usually seen in the calving herd at the edge of the grouping to allow him to see danger from farther off. I became really attached to him because of his gentle nature, and because he let me get as close as 30 feet! I miss my giraffes; they were my family for a month of my life. 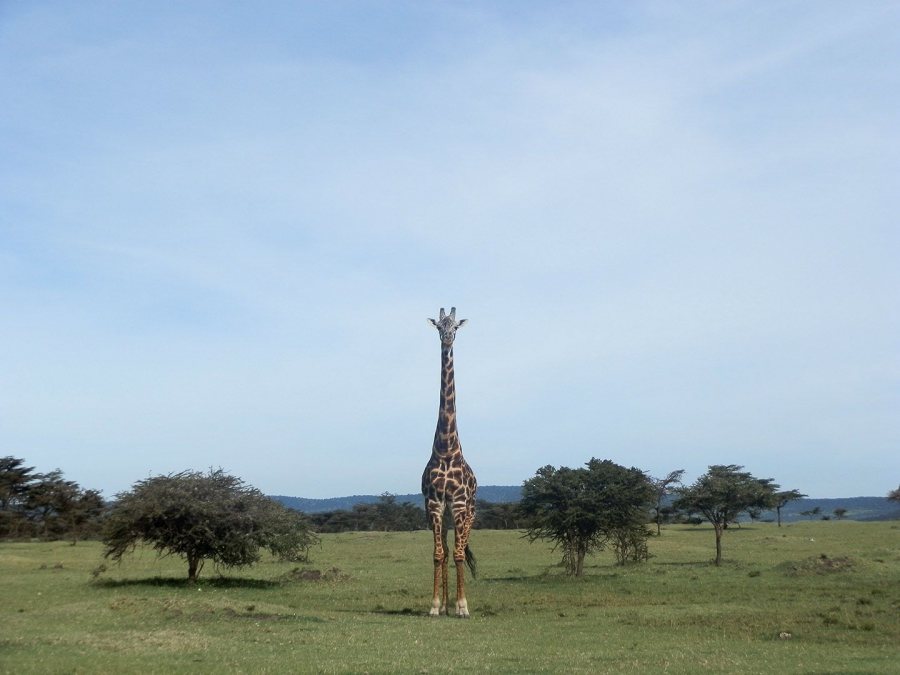 About the photograph: I took this photo while exploring the fjords of Norway. The entire day I couldn’t stop smiling. The vibrant colors of the leaves, the serene isolation of the towns — this is Aurlandsvangen — and the calm of the water made me feel at peace. I didn’t know that a place this beautiful existed. 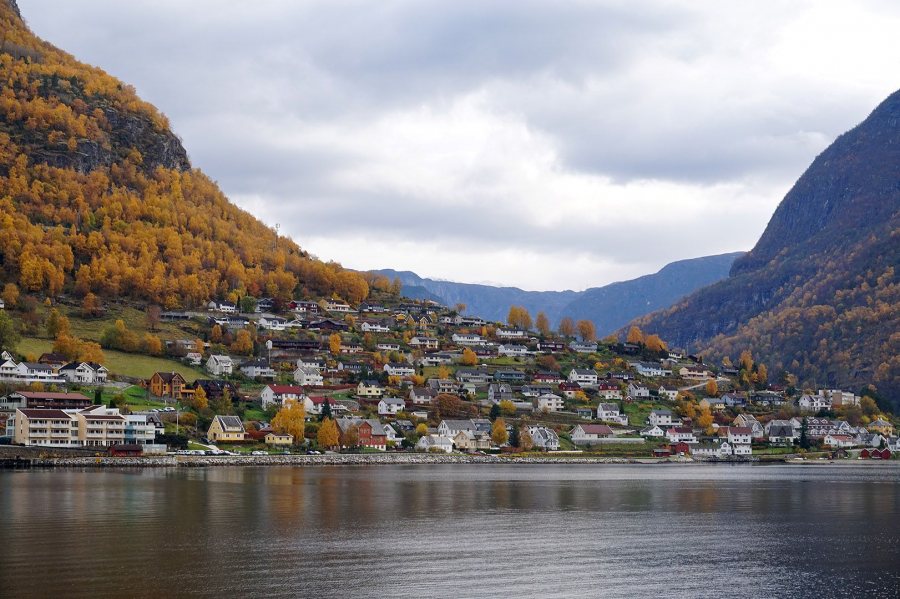 About the photograph: I took this photograph on an early morning in June 2016, when Richard Grains and Harvey Johnson let me join them on their creel boat while they packed crabs in the sea off the Shetland Islands. I was in Shetland during spring and summer of 2016 researching the local fishing culture, an experience that informed my honors thesis in anthropology.

In the Shetland Islands, fishing is literally and metaphorically about family. The potential loss of fish, due to climate change and marine food web degradation, would be more than a loss of profit for Shetland fishing communities. It would be a loss of home. 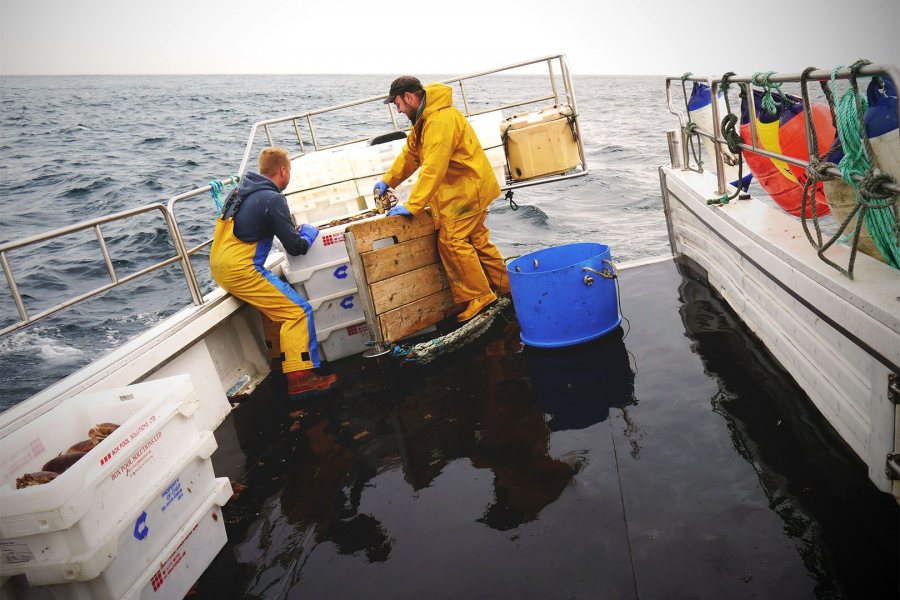 About the Photograph: I spent every Saturday, my day off, exploring the Kathmandu Valley. The lush hills, sprawling forest, and ancient temples offer escape from the city.

Perched on a hilltop in the valley, Swayambhunath overlooks the city. Prayer flags gather in the sky and wave gently in the breeze, generating an atmosphere of spiritual tranquility. It was near impossible not to feel compelled by the direct, painted stare of the Buddhist stupa. 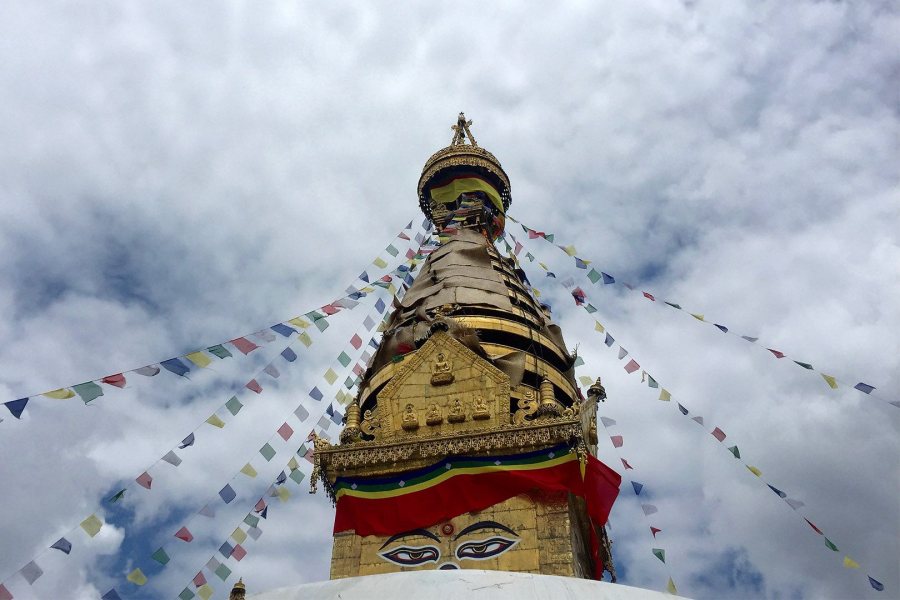 About the photograph: During my spring break, I traveled to Siem Reap, Cambodia, and caught the sunrise over Angkor Wat. The 4 a.m. wake-up and freezing tuk-tuk ride were well-worth it! 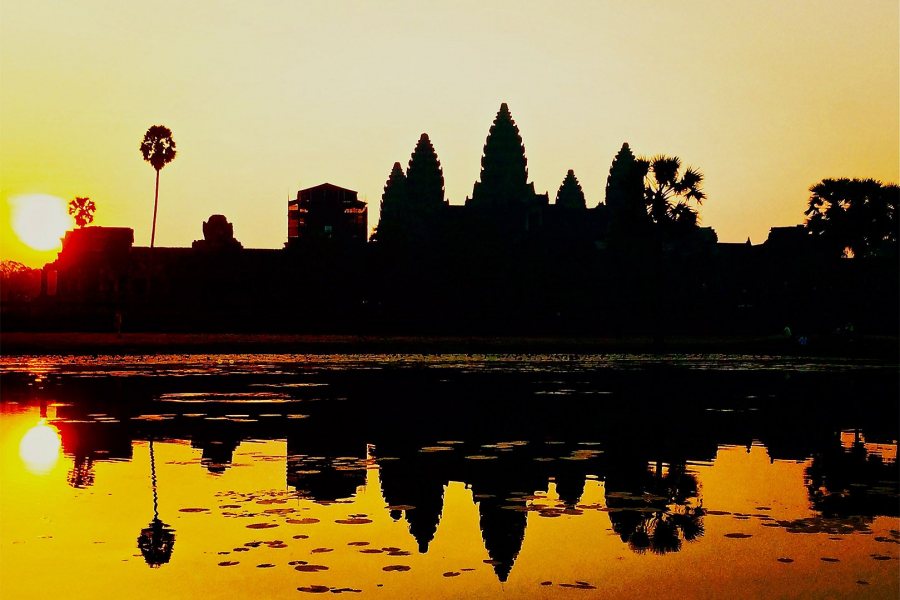 About the photograph: I was with a group of students in Canoa, Ecuador, during the 7.8-magnitude earthquake on April 16, 2016. Amid the terror, death, and devastation that we experienced that night, we also witnessed human kindness and resiliency.

Those who lost so much did whatever they could to help those who had lost even more. In the absence of doctors and police, there were many selfless actions —from performing first aid to moving fear-filled people to higher ground in case of a tsunami — that helped locals and tourists endure that night and the following days.

While this picture doesn’t show any people, the two perfectly made beds at the top of the photo remind me of those who survived. Everything may have fallen down around them, but the beds remain together, intact. 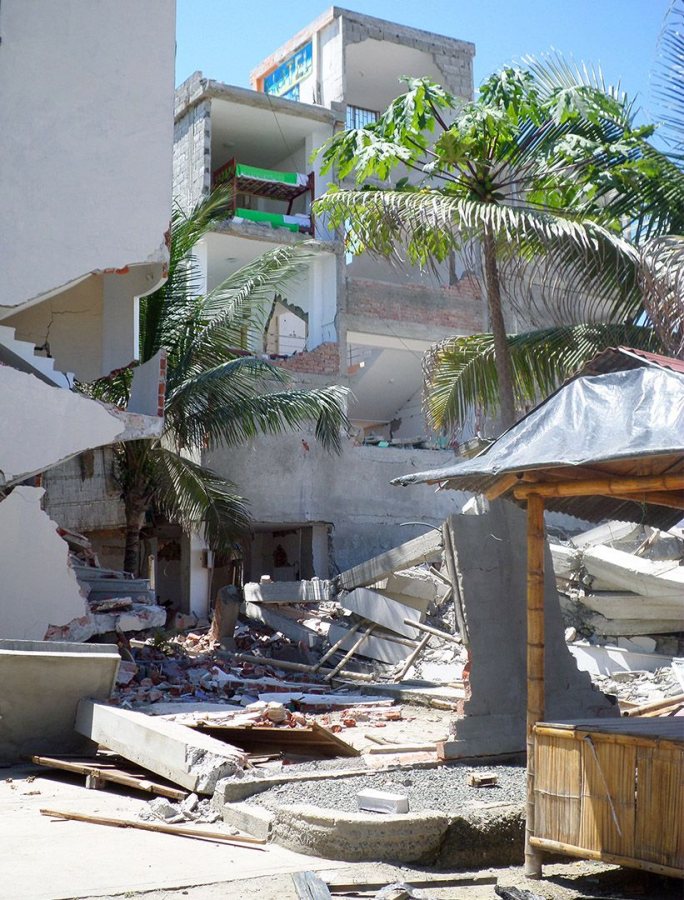 About the photograph: This was taken in the Aoraki Mount Cook National Park, and it shows the trek down from the Mueller Hut, one of the huts maintained by the New Zealand Department of Conservation that’s at an elevation of about a mile. 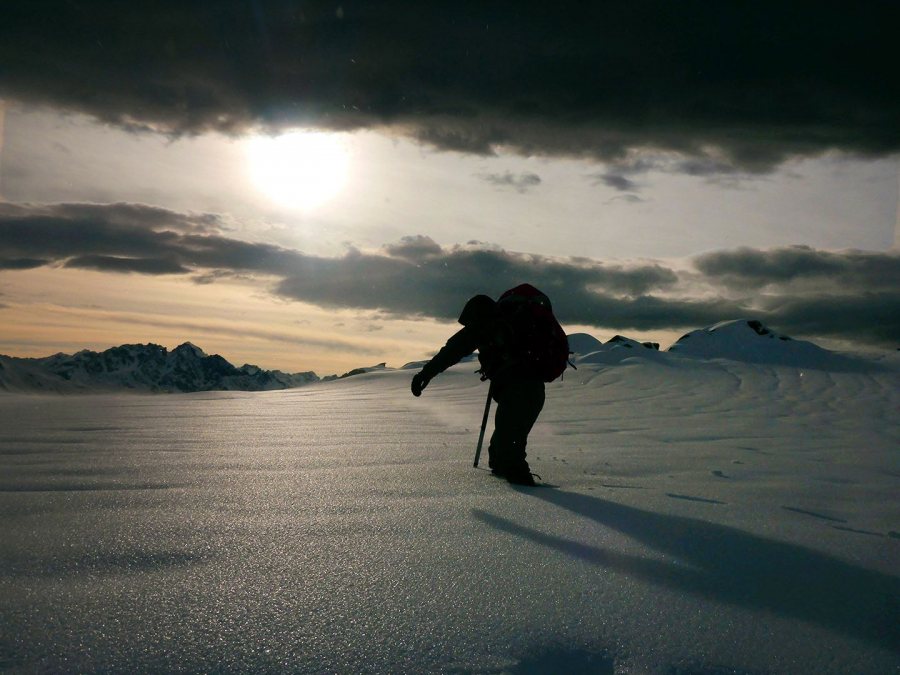