From Kangerlussuaq to Casablanca, and Berlin to Burano, around 61 percent of each graduating class has studied abroad for a semester or a year during their time at Bates. Even more join an off-campus Short Term course.

Annually, the college’s Center for Global Education provides access to study-abroad programs in more than 60 countries on six continents.

Those who go away come back, of course. To help returning students reconnect with the campus community, the CGE produces the annual Barlow Off-Campus Photography Exhibition.

Mounted in Pettengill Hall each spring, the exhibition gives students a chance to share with friends, professors, and staff what they’ve seen and experienced. Here are 14 selections from the 19th edition of the Barlow exhibition.

About the photograph: “This photo was taken on the Greenland ice sheet northwest of Kangerlussuaq. I was able to travel there on a study tour for my class ‘Ice Cores and Ice Ages: Greenlandic Climate Change Case Study,’ part of my program on environmental science of the Arctic.” 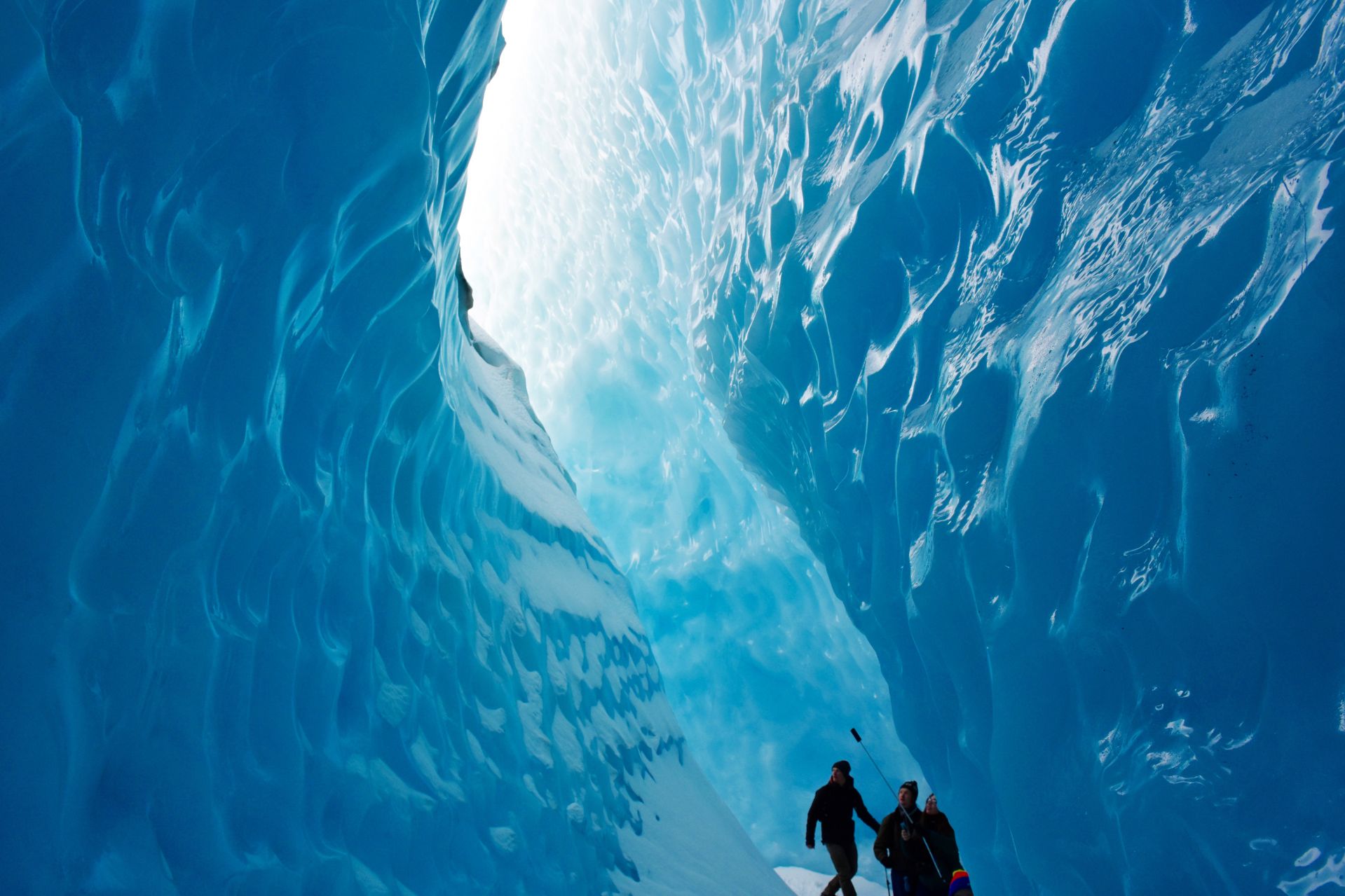 About the photograph: “At the top of the wall enclosing ruins of the El Badi palace, the hot afternoon sunshine casts shadows over sandy stones.” 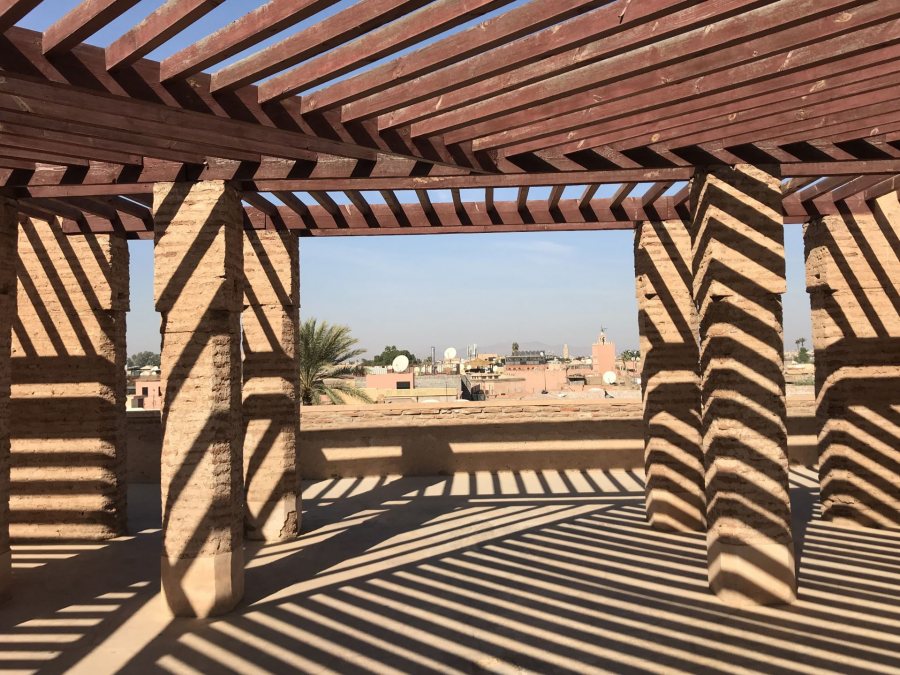 About the photograph: “My two host-cousins, Josefa and Alonso, jumping on the trampoline on their grandmother’s patio, which overlooks the city and port of Valparaiso, after school on a Friday.” 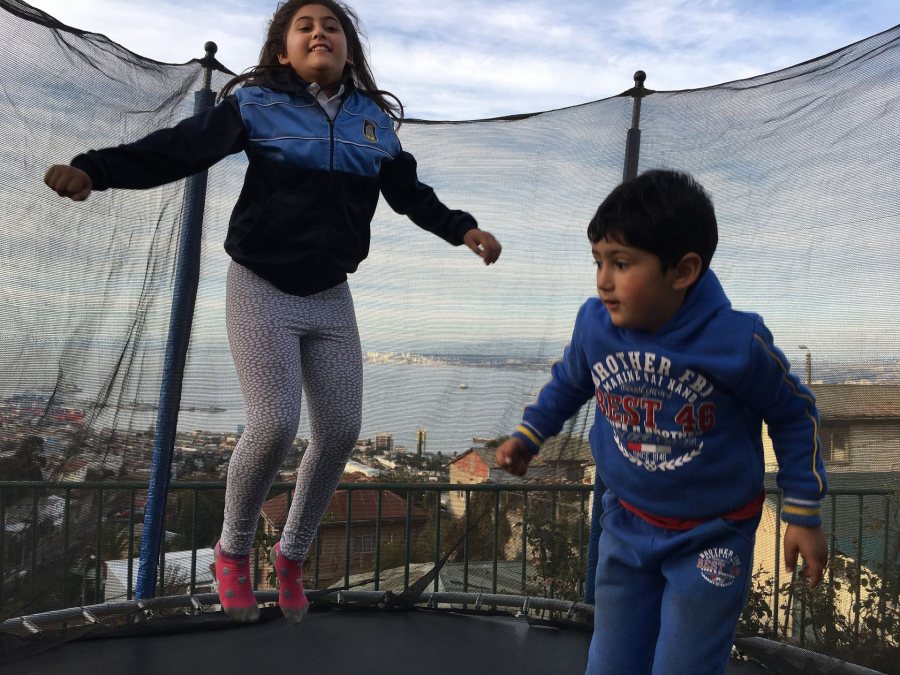 About the photograph: “After we spent a week studying environmental protest in Morocco, our van got stuck behind the only other car on the road: a truck full of activists from the protest camp outside the Imider Silver Mine, the longest continuous environmental demonstration on Earth.

“This truck was heading home as another shift came to take their place, as they have been doing for the past eight years. The woman in the middle is giving the sign of the movement, which our driver returned in solidarity.” 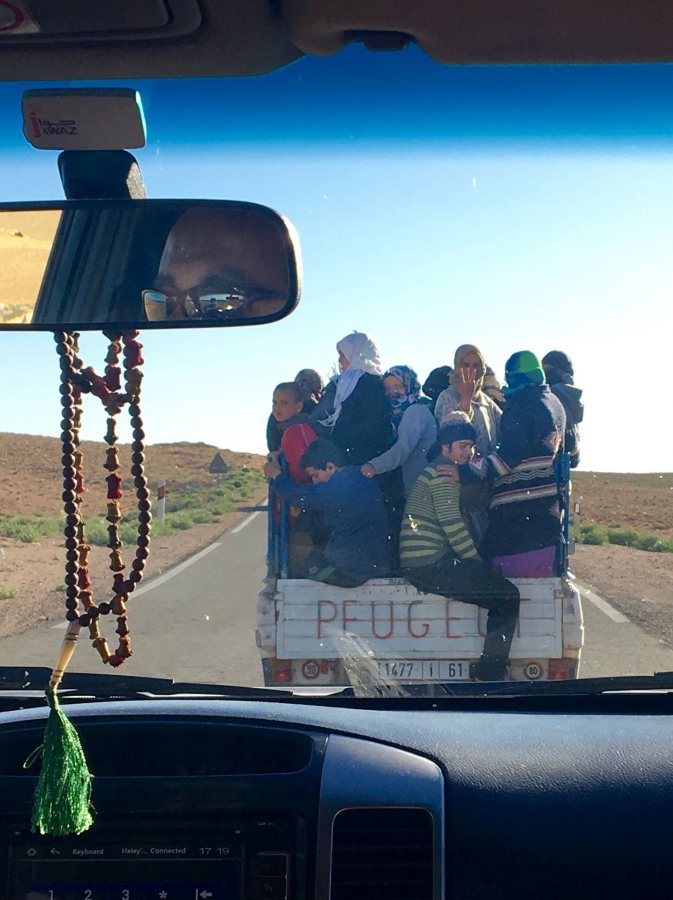 About the photograph: “Novice monks peering out of the window of their classroom at the Skurbuchan Monastery in Ladakh. They waved goodbye as we left the monastery to hike down to our campsite in the village.” 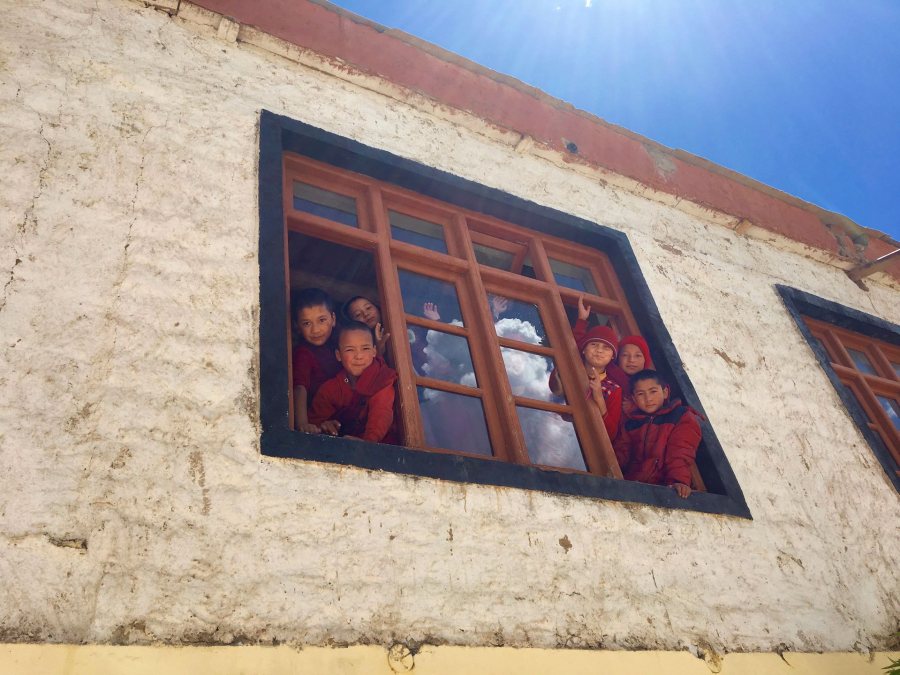 About the photograph: “A mother plays soccer with her son outside the Hassan II Mosque. Crowds of people had gathered in the expansive square after leaving the International Book Fair that takes place in the capital every February. The largest on the African continent, the mosque overlooks the Atlantic Ocean and was built to memorialize King Mohammed V.” 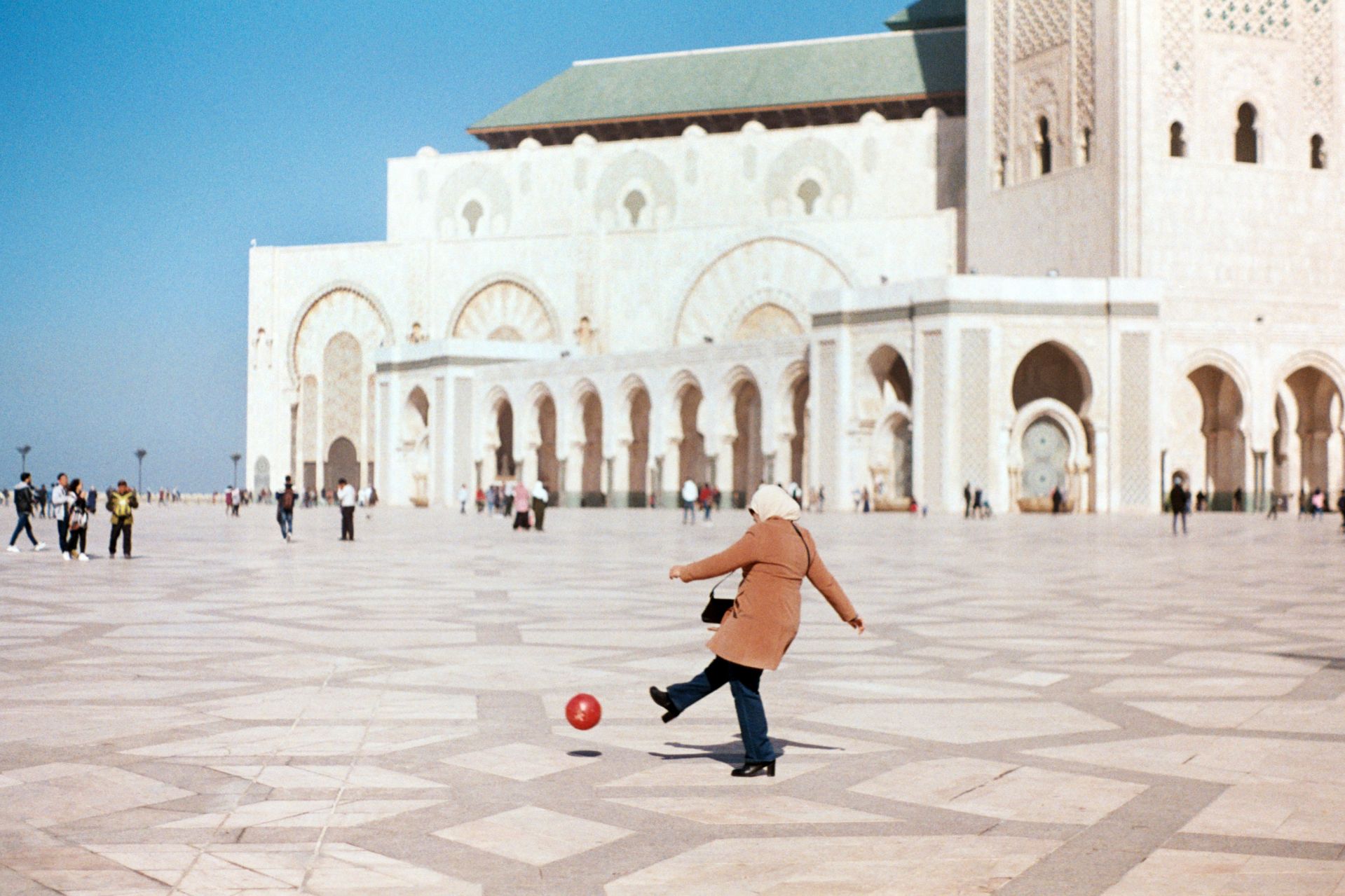 About the photograph: “Berlin always reflects on its past. This photo was taken inside the Reichstag, the German parliament building, on the viewing deck. At the top of the building, one can enjoy a 360-degree view of the city. One of the windows leading up to the top was shattered and it seemed poetic: a shattered past with a beautiful future.

“Throughout Berlin, there are reminders of the past but also reparations that have been made by both the government and Berliners to remember the lives lost during the Holocaust.” 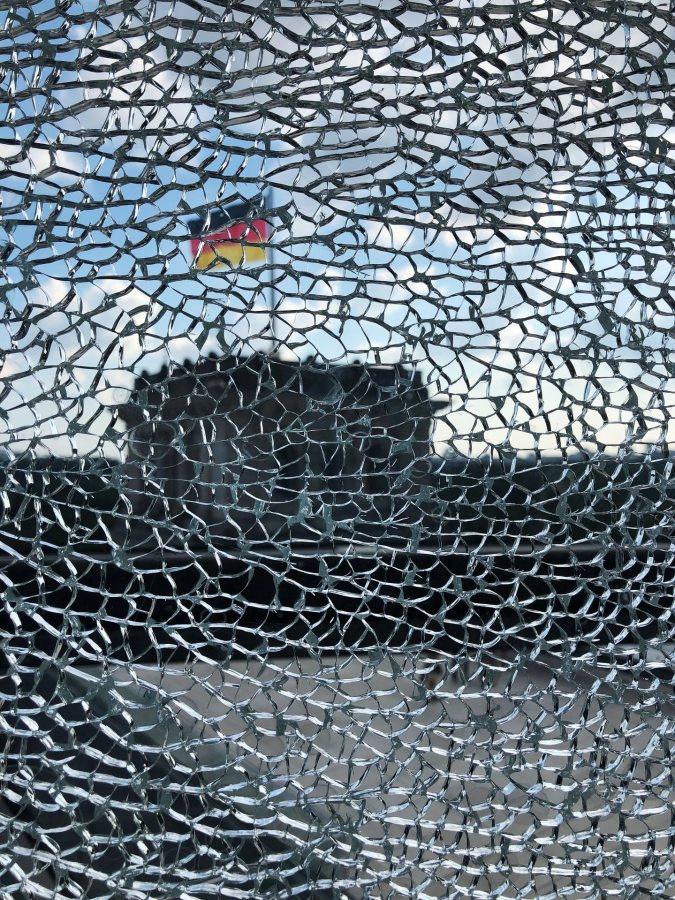 About the photograph: “This is a photograph from the streets of Siem Reap (our home base), where someone left their coconut-laden bike parked outside a storefront.” 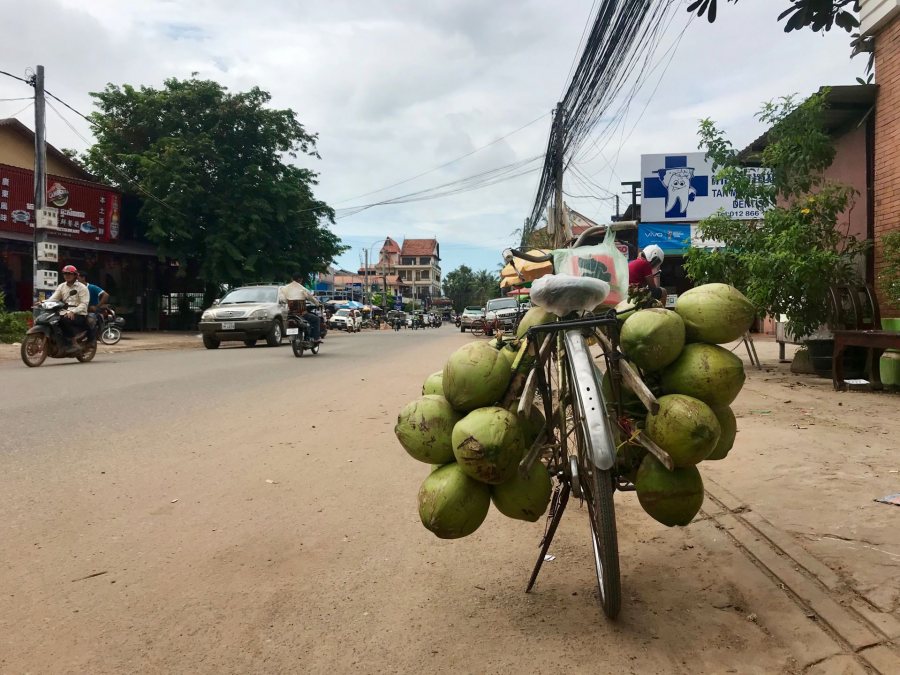 About the photograph: “To see the northern lights we had to drive for more than an hour away from the city to escape the light pollution. Luckily it was worth it.” 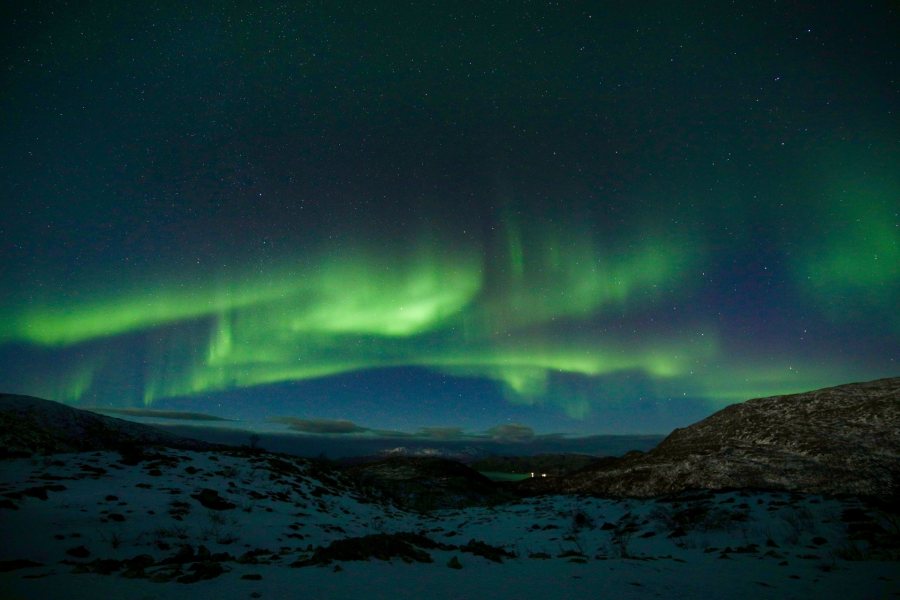 About the photograph: “During an early December weekend, I visited the five villages of Cinque Terre; this view of Manarola is from the cliff-side coastal trail. The trails afforded breathtaking views but what caught my eye the most were the beautiful colors of the Ligurian townhouses that decorated these villages.

“Appearing a little faded in the midday sun, these houses still stood tall and vibrant, perched on the cliffside in their settled, organized blocks, with a rocky cliff and active sea below. I understand why these rustic fishing villages are so beloved by so many.” 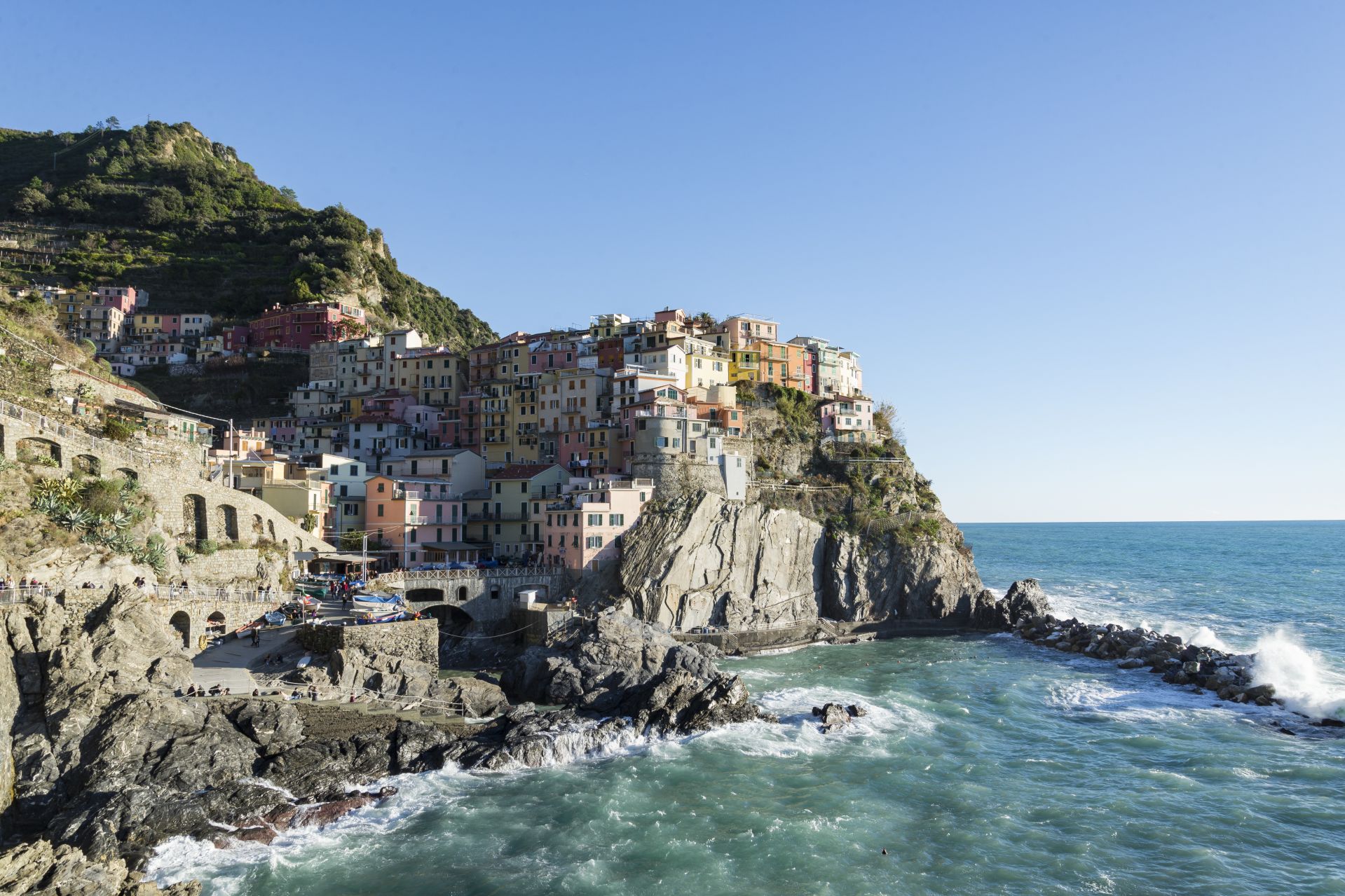 About the photograph: “We woke up before dawn one morning and drove along the Salar de Uyuni salt flat chasing the sunrise. It was one of the most beautiful things I have seen in my life.” 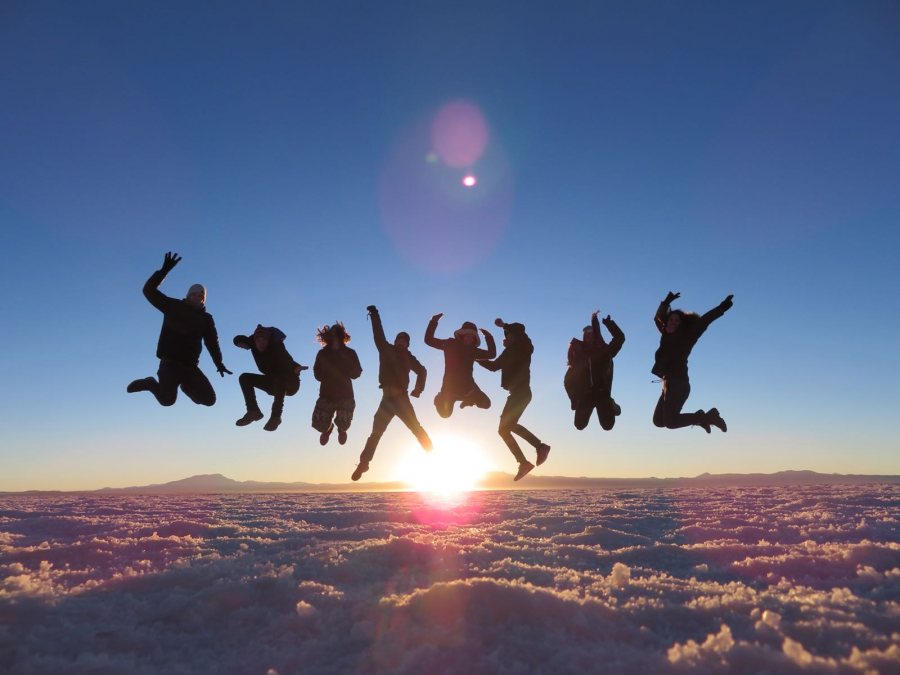 About the photograph: “Horses belonging to nomadic herders stand on the bank of the Indus River.” 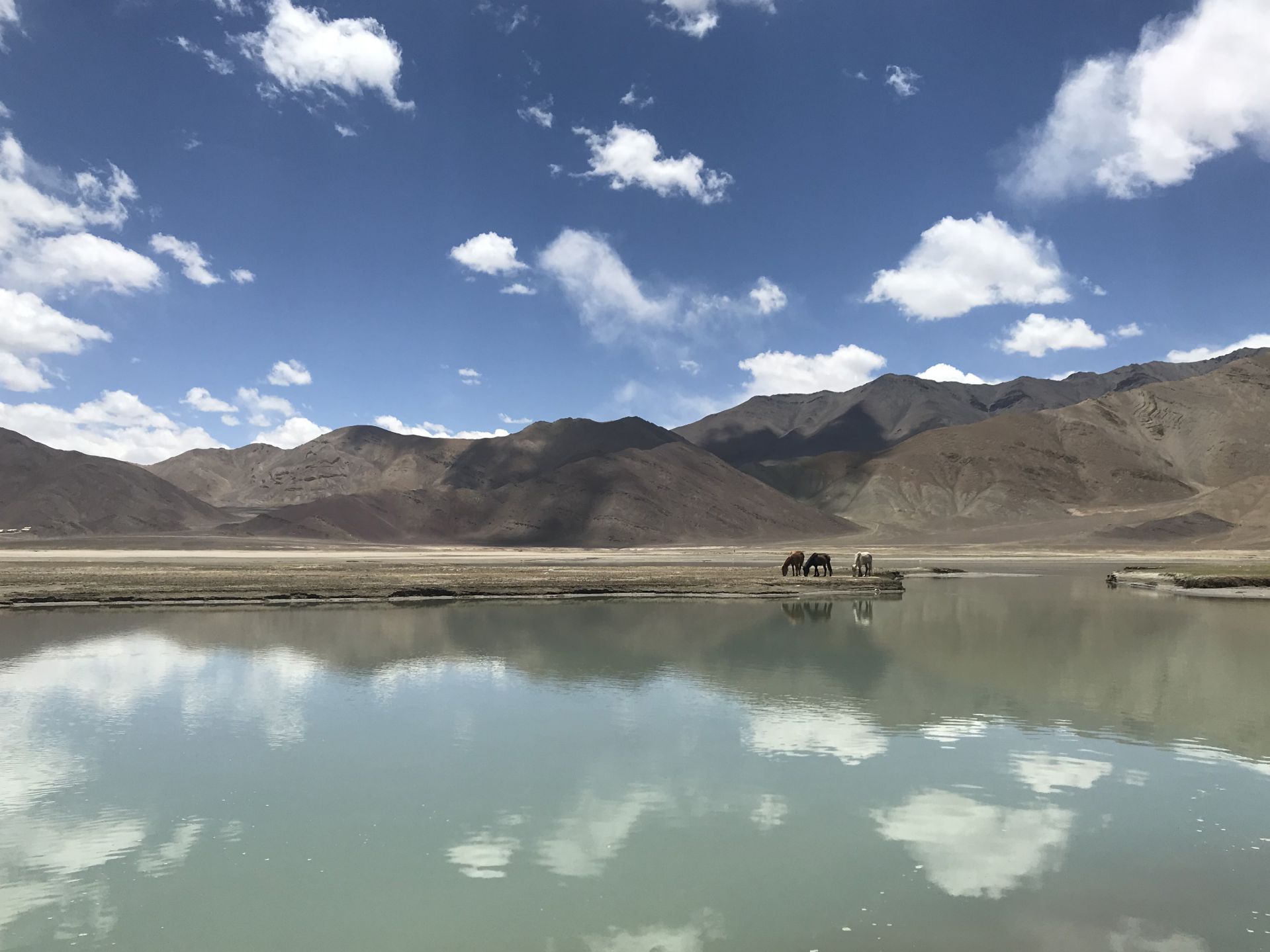 About the photograph: “In 2015, a 7.8-magnitude earthquake devastated Nepal and hit this area hard. After the quake, an avalanche triggered a glacier to break loose from the peaks above, and the ice hit the village with the force of half an atomic bomb.

“For one month, I studied this area and the rebuilding process and social changes that exist in high mountainous populations after natural disasters. This photo shows a tea house that has been rebuilt — it’s where I lived while conducting my research.” 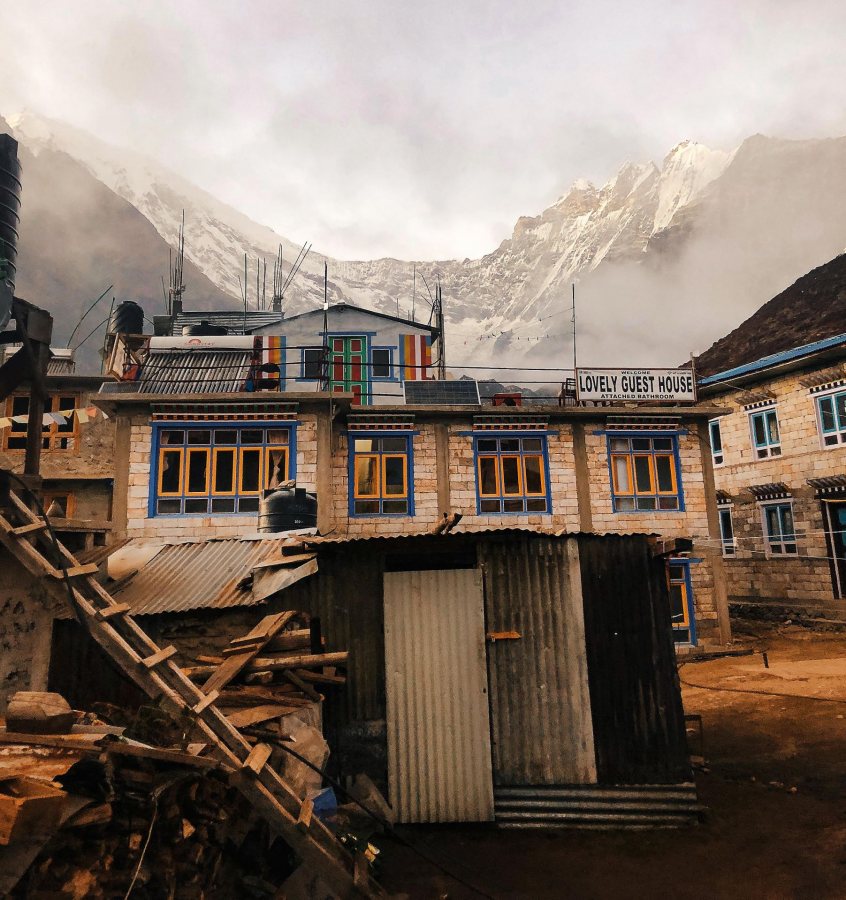 About the photograph: “Every home on the island of Burano is a different color, and residents must gain approval from the local government before painting their houses. It is said that this is to make sure that two homes on this island will never be painted the same color. Burano is one of the most unique places I have ever visited.” 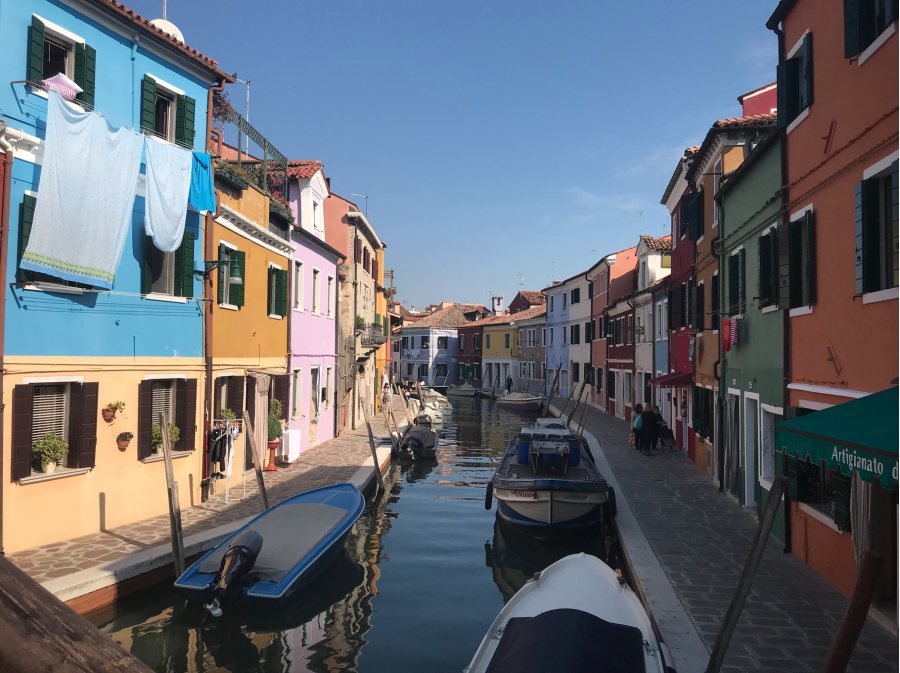