Associate Professor of Mathematics Shepley “Chip” Ross has a 20-year-old coloring project stashed near the door to his second-floor Hathorn Hall office.

He says he won’t toss it. “This was a labor of love for me. I put my heart and soul into it.” 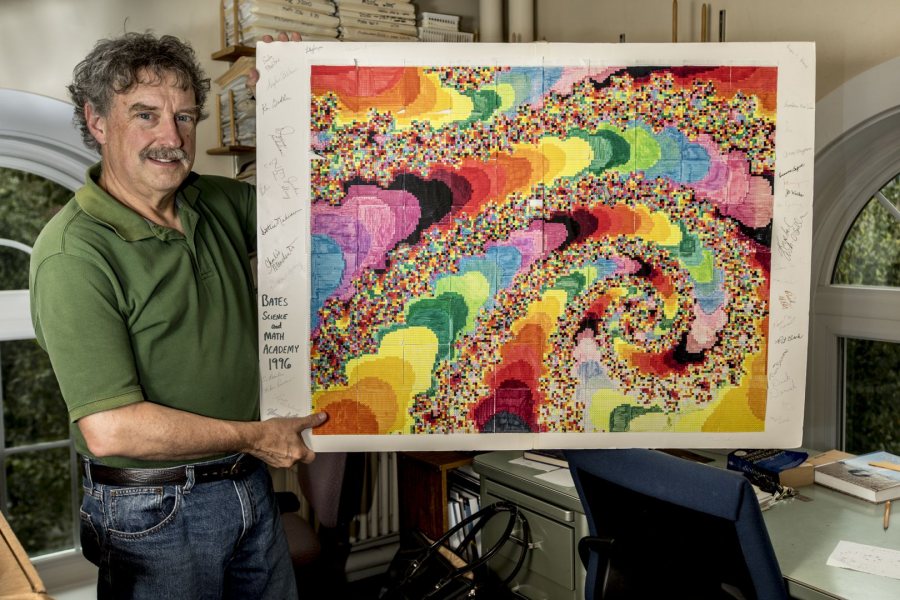 He’s talking about three posters that represent hours of work by a cohort of K–12 teachers who attended the Bates Science and Math Academy, an annual series of workshops for local educators in the mid-1990s.

To help the educators grasp the power of computers, Ross created a project involving hand-drawn fractals. A fractal is an image created from smaller versions of itself; such patterns can be seen in leaves, snowflakes, or frost on a window.

Today, it takes a computer a few seconds to create a high-resolution fractal image. In the 1990s, it could take hours.

After creating a fractal image on the computer, Ross gave each teacher a piece of paper with a grid of 400 little squares, each of which had a printed number symbolizing a certain color. He asked the teachers to color their tiny squares according to the number.

Color they did, having no idea what the project’s final output would look like “since their own tiny pieces often appeared to have been colored at random,” Ross says. 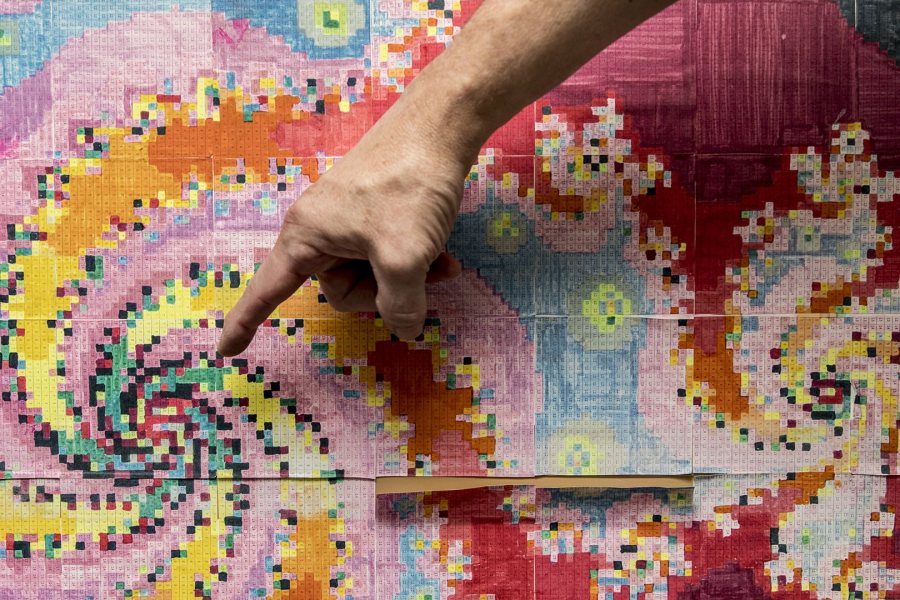 There were some complaints, Ross recalls. Some of the high school teachers thought coloring was beneath them. “It’s kind of funny” he says. “Today, coloring is viewed as a soothing activity. Fractal pictures are perfect for that.”

Ross enjoyed the “cool” moment as his adult students glued the individual portions of their effort together. They slowly saw how their colored squares, which “appeared to have neither rhythm nor pattern, suddenly fell into place as a unified whole.”