What I Mean When I Say: Paul Shea and ‘bubble’

In most senses, a bubble is a pocket of gas, encapsulated by liquid.

But for Associate Professor of Economics Paul Shea, bubbles are less tangible — and more dangerous.

“A bubble refers to an asset when its price is higher than what it is worth to someone who actually uses it,” Shea says. 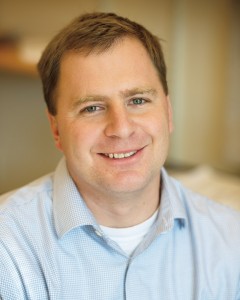 The dot com bubble. The housing bubble. Tulip Mania in the 17th-century Netherlands. For a time, investing in those industries could make you rich.

But “like other bubbles,” Shea says, “these bubbles must eventually burst, and prices must fall.” Cue plummeting stock prices, closing companies, a collapsed tulip market, the Great Recession.

In 2013, Shea and two co-authors identified another unfortunate bubble: In 2009 and 2010, “people were accidentally buying worthless shares of bankrupt General Motors stock, because they thought they were shares of the new, reorganized firm.”