Matt Dunlap: ‘Don’t call it fraud because you disagree with it’

One day in October, Maine Secretary of State Matt Dunlap got an email from his counterpart in Minnesota. It was a press release from a conservative activist group, announcing that it had been invited to present at the December meeting of the Presidential Advisory Commission on Election Integrity.

Dunlap, a member of that very commission, had not known the activist group was going to speak. Nor that there would be a December meeting.

For Dunlap, the incident illustrated the secrecy surrounding the short-lived commission, which President Donald Trump created in May to investigate claims of widespread voter fraud in the 2016 election. In November, Dunlap was catapulted into the national spotlight when he sued the commission for information about its activities and schedule. 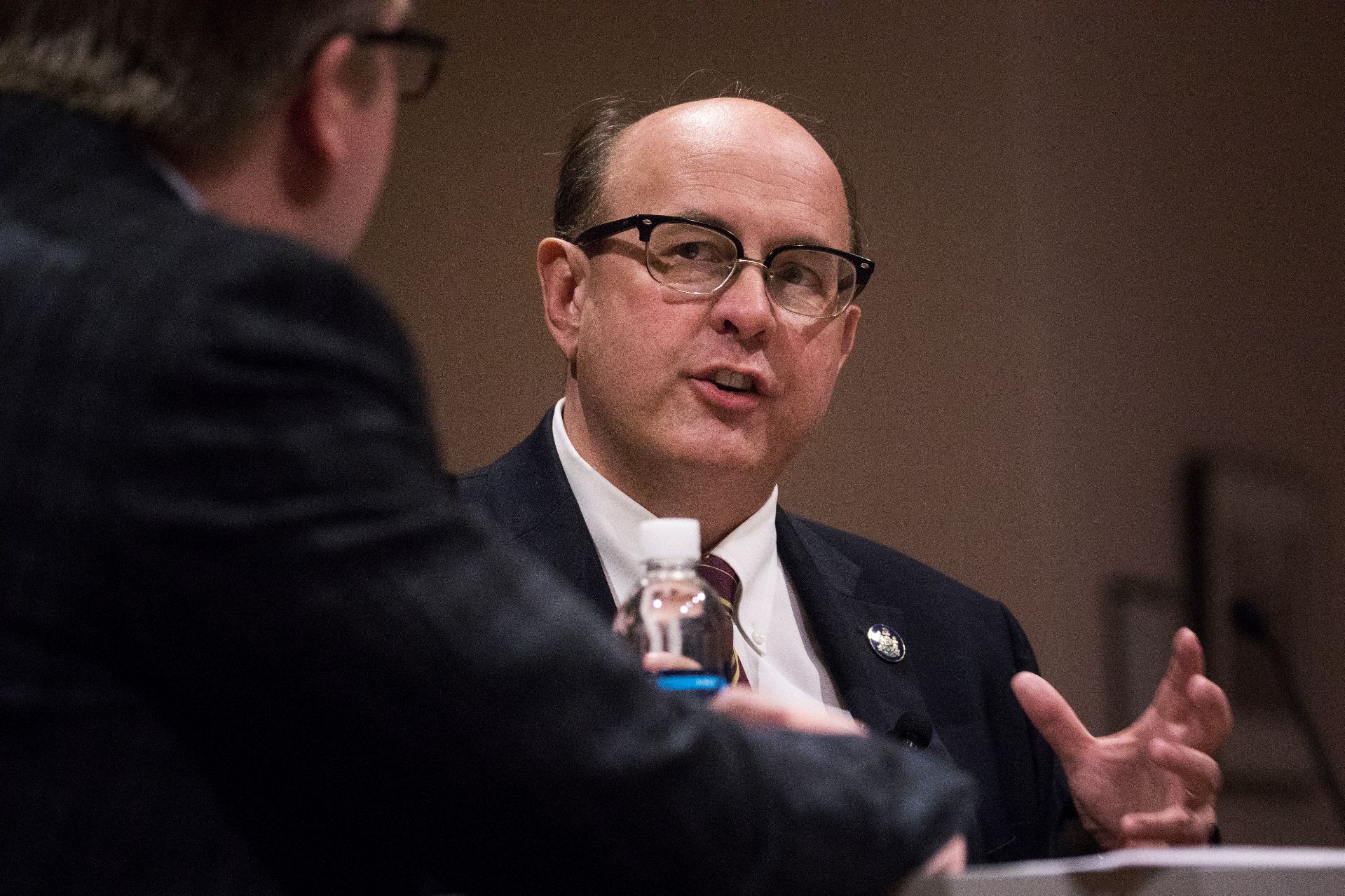 Dunlap shared his story firsthand with a Bates audience on Feb. 28, interviewed by Associate Professor of Politics John Baughman in the Muskie Archives. The event was sponsored by the Harward Center for Community Partnerships.

As secretary of state, Dunlap oversees a variety of regulatory functions — notably the administration of elections in Maine. That work “mostly consists of talking on camera” to local election officials, he said. Those officials are responsible for taking and counting votes, which Dunlap’s office certifies.

“The idea that there’s widespread voter fraud is really more of a myth.”

Dunlap described the process as “pretty rock solid,” but the security of the national voting process came into question after the 2016 election, when Trump claimed that he lost the popular vote because three million to five million votes had been cast illegally — “a ridiculous statement,” Dunlap said.

This past winter, Dunlap got a call from Kris Kobach, the secretary of state in Kansas, asking if Dunlap would want to serve on a commission to investigate such claims. Dunlap accepted, and in May, he heard that Trump was about to issue an executive order creating the commission, with Vice President Mike Pence as chair and Kobach as vice chair.

“There might be a little press,” Kobach told him about the announcement.

There was a lot of press. Critics argued that the commission and Kobach, who has long advocated for strong voter ID laws, would work to suppress voters. Dunlap said his office was flooded with postcards urging him to step down from the commission.

But he saw the commission as an opportunity to tell Maine’s story.

“The idea that there’s widespread voter fraud is really more of a myth,” he said. “But let’s talk about what we do right and what we could do better.”

Dunlap’s time on the commission, he said, was characterized by moments of intense public scrutiny, followed by long periods of silence and secrecy.

One moment of scrutiny came when the commission requested that all 50 states provide voter information — a move many regarded as a first step to creating voter suppression programs. Dunlap refused, as did most state election officials, including, ironically, Kobach himself.

Then, shortly before a September meeting in New Hampshire, Kobach published an article on the website Breitbart, arguing that there were thousands of cases of voter fraud in that state alone: People had used same-day registration to vote, but months later, they had not gotten New Hampshire driver’s licenses, indicating they didn’t actually live in the state.

“Don’t call it fraud because you disagree with it,” he said. “That’s a sales point more than anything.”

The New Hampshire dispute raised Dunlap’s profile, but though he fielded constant questions from journalists — “God help you if you’re quotable” — he had little to tell them. He had no idea what the commission was doing or planning, and neither Kobach nor the White House would tell him.

“I was finding out about things second- and third-hand, and I started sending emails and not getting a response,” he said. 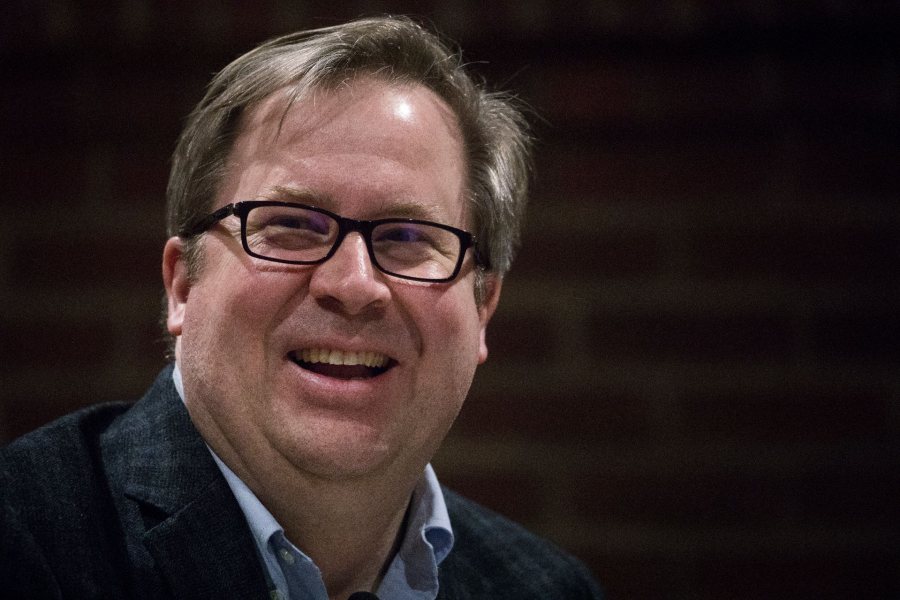 Matters came to a head in October, when Dunlap learned from the press that a researcher for the commission had been arrested on charges of possessing child pornography.

From the White House: “Silence.”

“Then,” Dunlap said, “it got weirder.” Wanting to be helpful but remain anonymous, a member of Congress had their chief of staff contact another representative’s chief of staff, who told Dunlap that people in Washington were rooting for him, and that he wouldn’t get any information about the commission without a lawyer.

Dunlap took the mystery representative’s advice, assembling a legal team — “it’s like having a company softball team where all of a sudden Dustin Pedroia shows up” — and filed suit against the commission, arguing that it wasn’t following laws about transparency and ideological balance.

Dunlap won the suit, one of several filed against the commission.

“I said to the attorneys at that point, ‘I half-wonder if they don’t pull the plug on this now,’” Dunlap told the Bates audience. “Sure enough, January 3, we got the email that they dissolved the commission.”

“The election doesn’t go your way? There’s always another election.”

But Dunlap’s lawsuit is still pending, and he hopes to make the commission’s activities and plans public.

During the interview Dunlap took audience questions, which ranged from Russian interference in the 2016 election to instituting a ranked-choice voting system in Maine. 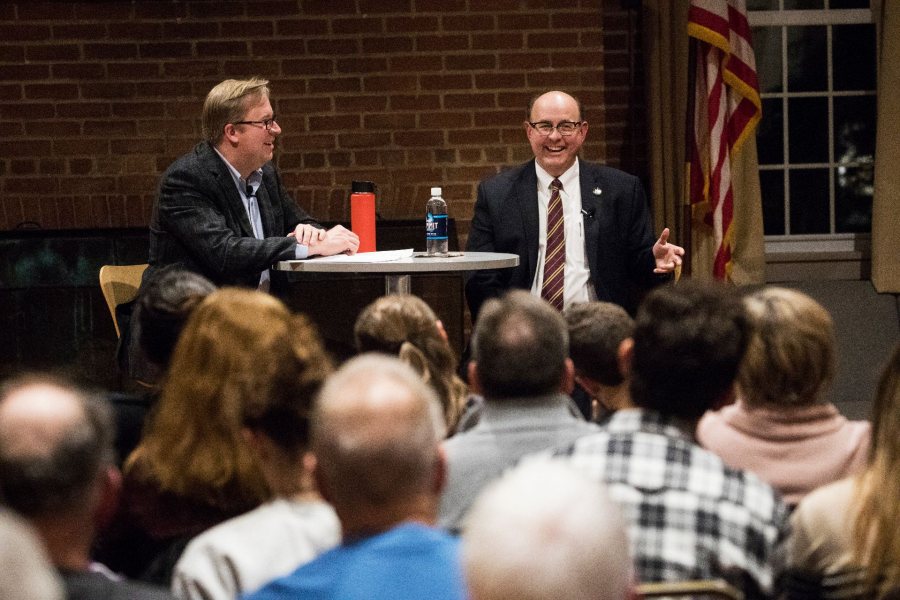 If Dunlap could set the agenda of a commission on election integrity, he said, it would focus on voter access — the idea that “people have a right to vote, and you work backwards from that.”

Dunlap’s tenure on the commission, he said, helped him realize that people care about that right. There was strong public opposition to the group getting state voter data and to the possibility that it would try to suppress votes, an indication that people cared about the process of elections and believed in states’ ability to administer them.

“That’s how democracy should work,” Dunlap said. “As long as we stay in those parameters, we succeed regardless of what the outcome is. The election doesn’t go your way? There’s always another election. That’s something we should never forget.”