What’s in a Name: Tree Streets

The downtown Lewiston neighborhood where streets have names like Oak and Maple is dubbed “the tree streets.”

Pin It on Penn

The Franklin Co., a holding company for the Lewiston mills that owned most of the downtown land, laid out the street plan. It’s thought that one of Franklin’s engineers, John Straw, gave tree names to the streets that run nearly east and west.

The two U.S. Census tracts overlaying the tree streets are among the poorest in Maine. The neighborhood is also young, vibrant, and diverse. A third of its citizens are nonwhite, including many families who emigrated from Somalia and other African nations. 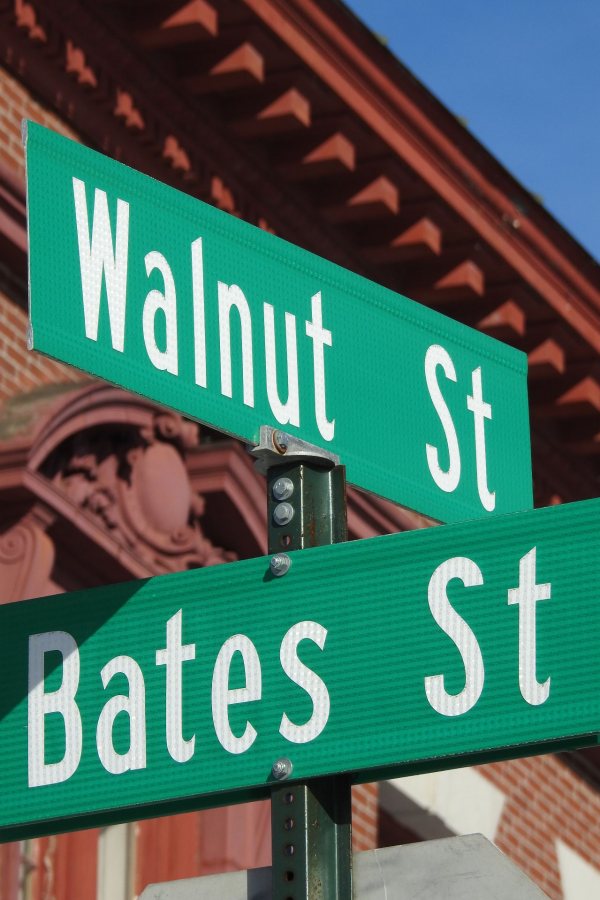 A historic school building at the corner of Walnut and Bates streets is now home to St. Mary’s Nutrition Center. (Jay Burns/Bates College)

Taking Back the Tree Streets

Located on the corner of Birch and Howe streets, the nonprofit Tree Street Youth serves the children of downtown families. The name is an act of co-optation, says its co-founder, Julia Sleeper ’08, “a big opportunity to take back ‘tree street’ from its stereotype” — as a place to avoid — “to meaning a place where the youth are going to college, being successful, and doing great things.”