A beaded ostrich egg sits on the windowsill of Pat Cosquer’s memento-filled office at the Bates Squash Facility, located at 56 Alfred Plourde Parkway in Lewiston.

The elegant egg was a gift to Cosquer ’97 from women’s squash co-captain Lauren Williams ‘16 of Bulawyo, Zimbabwe. Female artists from Ndebele tribes in South Africa and Zimbabwe craft the beading on the eggs by hand. 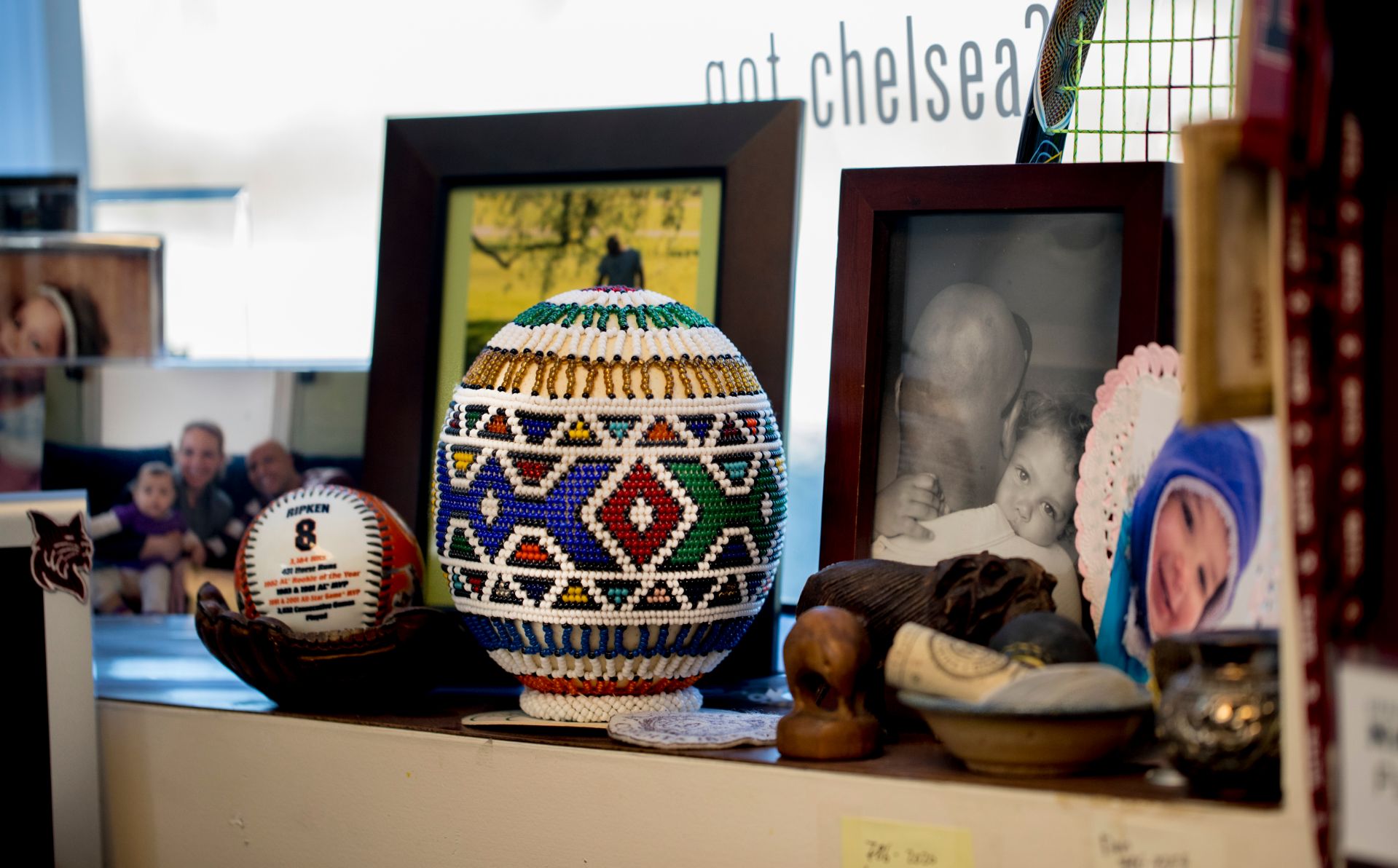 When Williams arrived at Bates in 2013, she had never even visited campus. “For her to physically, emotionally, and mentally take this leap of faith to come to Bates was emblematic of the kind of person she is,” Cosquer says. She personified the drive that he identifies with women’s squash at Bates. “Just the blind faith and trust she put into squash and me really meant a lot.”

Cosquer received the gift from Williams and her family at graduation. It was “a valuable validation,” he says. “It meant that her experience had been meaningful and worthwhile.” He appreciates that each and every one of his players, domestic or international, could have chosen colleges other than Bates and sports other than squash. “It’s a really special decision that I don’t ever take for granted.”

Cosquer’s goal as coach of Bates squash is for his sport to reflect the ethos of the college. “The more students from around the world with diverse backgrounds, socioeconomic status, race, and religion we can expose each other to,” he says, the deeper the experience. 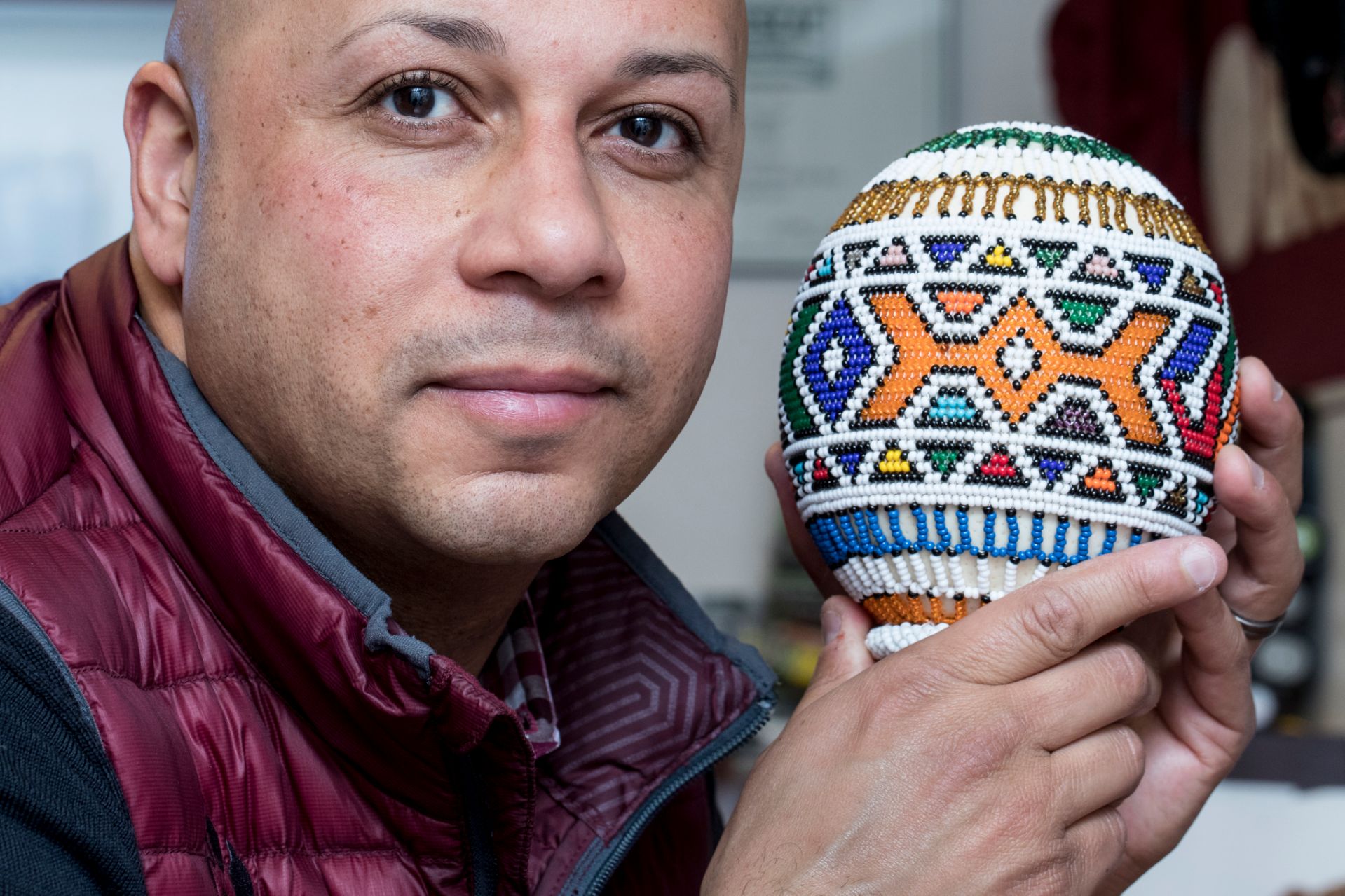 Cosquer poses with the gift from a former player, now a history teacher and a squash and tennis coach. (Phyllis Graber Jensen/Bates College)

“What we’re sort of doing here,” he says, is asking individuals with different interests and backgrounds and orientations to “adapt to situations that may be uncomfortable for them. In a way we’re sort of preparing young people for life after Bates, for life after squash, for adulthood.” That preparation goes far beyond winning squash matches, “honoring the rigors and stresses of everyday life as a college student.”

A four-year letterwinner in squash and baseball, Cosquer, a 1997 Bates graduate, amassed a 60-22 individual squash record and was team captain and team MVP his senior year under Hall of Fame coach George Wigton. 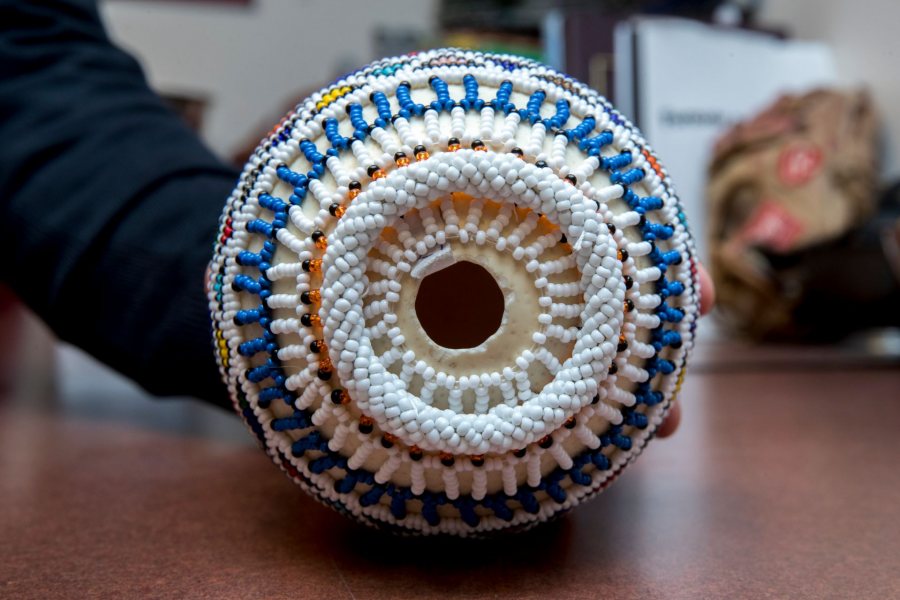 As Cosquer glances around his small office located off the center’s squash courts, he thinks about the progression his program has made. His appreciation for Williams, now a history teacher and head coach of girls’ squash and tennis at Loomis Chaffee School in Windsor, Conn., represents his pride in all of his players, many of whom go on to coach and mentor.