It’s likely, says Bates’ sustainability manager, that a recent update to the campus heating plant will put the college “right on the cusp of carbon neutrality.”

This week, in an exciting sequel to that development, a second boiler began burning RFO. And this step will reduce Bates’ overall greenhouse-gas emissions by another 15 percent. That is, the college’s emissions will total a mere 5 percent of that 2001 baseline, according to an estimate from sustainability manager Tom Twist. 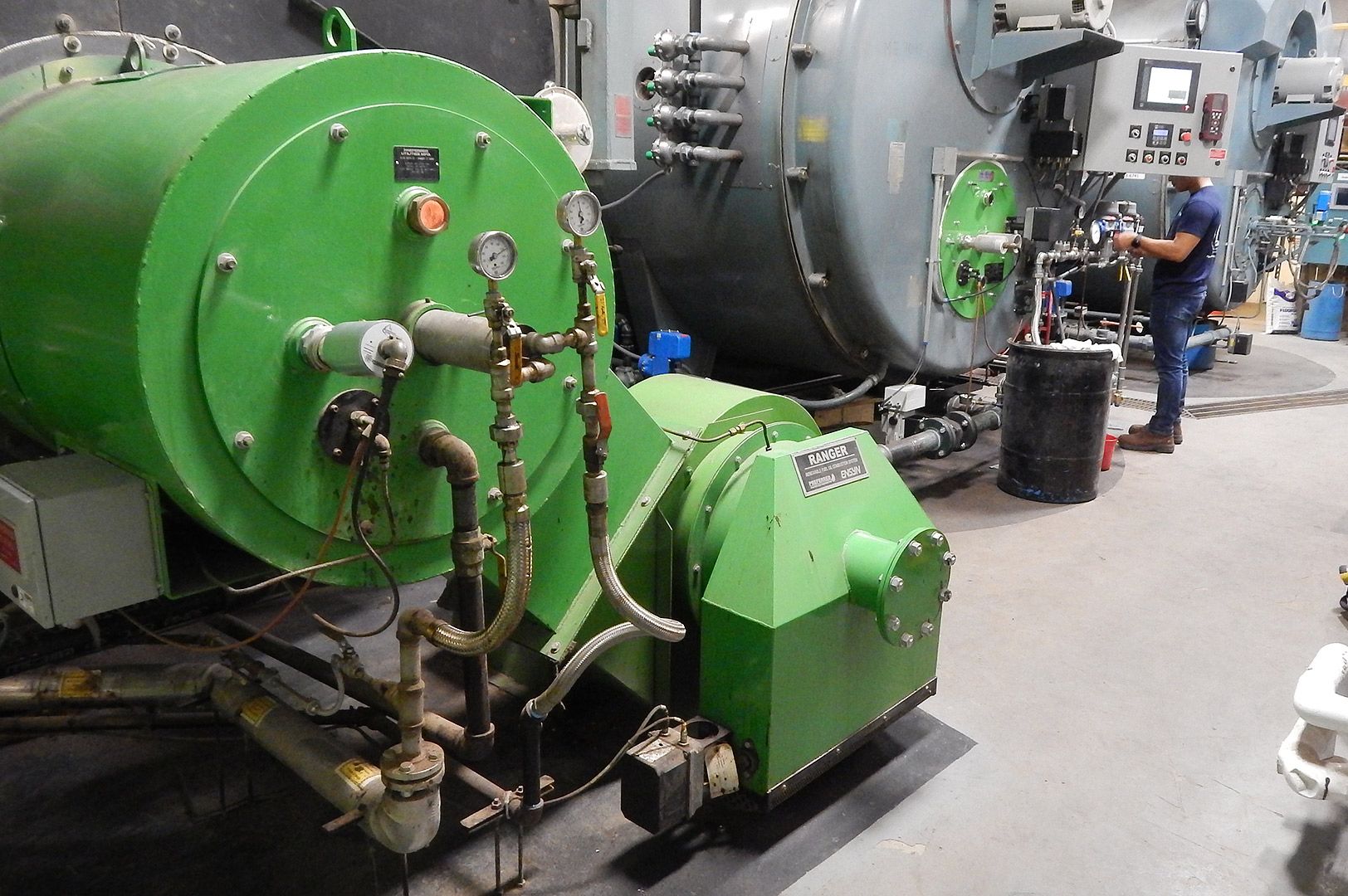 The round green panels are the locations of the two Renewable Fuel Oil burners in the campus steam plant. The first burner was installed on Boiler No. 1, at left, two years ago. The second, on Boiler No. 2, just went into service. (Doug Hubley/Bates College)

In conjunction with other conservation efforts, including measures that have cut campus electricity consumption by more than a third since mid-decade, RFO heat brings Bates tantalizingly close to its goal of achieving carbon neutrality by 2020.

RFO is manufactured by the Canadian company Ensyn Technologies. It’s refined from a biocrude oil produced through a proprietary process of applying extreme heat to sawdust in an oxygen-free environment. (Another product of the biocrude is the kitchen condiment Liquid Smoke.)

Because the biocrude process, once started, is self-fueled, and because the biocrude is created from forest industry waste products (from sustainably grown trees, no less), burning RFO returns virtually no previously sequestered fossil carbon to the atmosphere. (Over the course of a year, transporting RFO to Bates from the refinery in Renfrew, Ontario, produces about 134 metric tons of carbon dioxide equivalents. But substituting RFO for gas reduces Bates’ emissions by 3,000 MTCDE.) 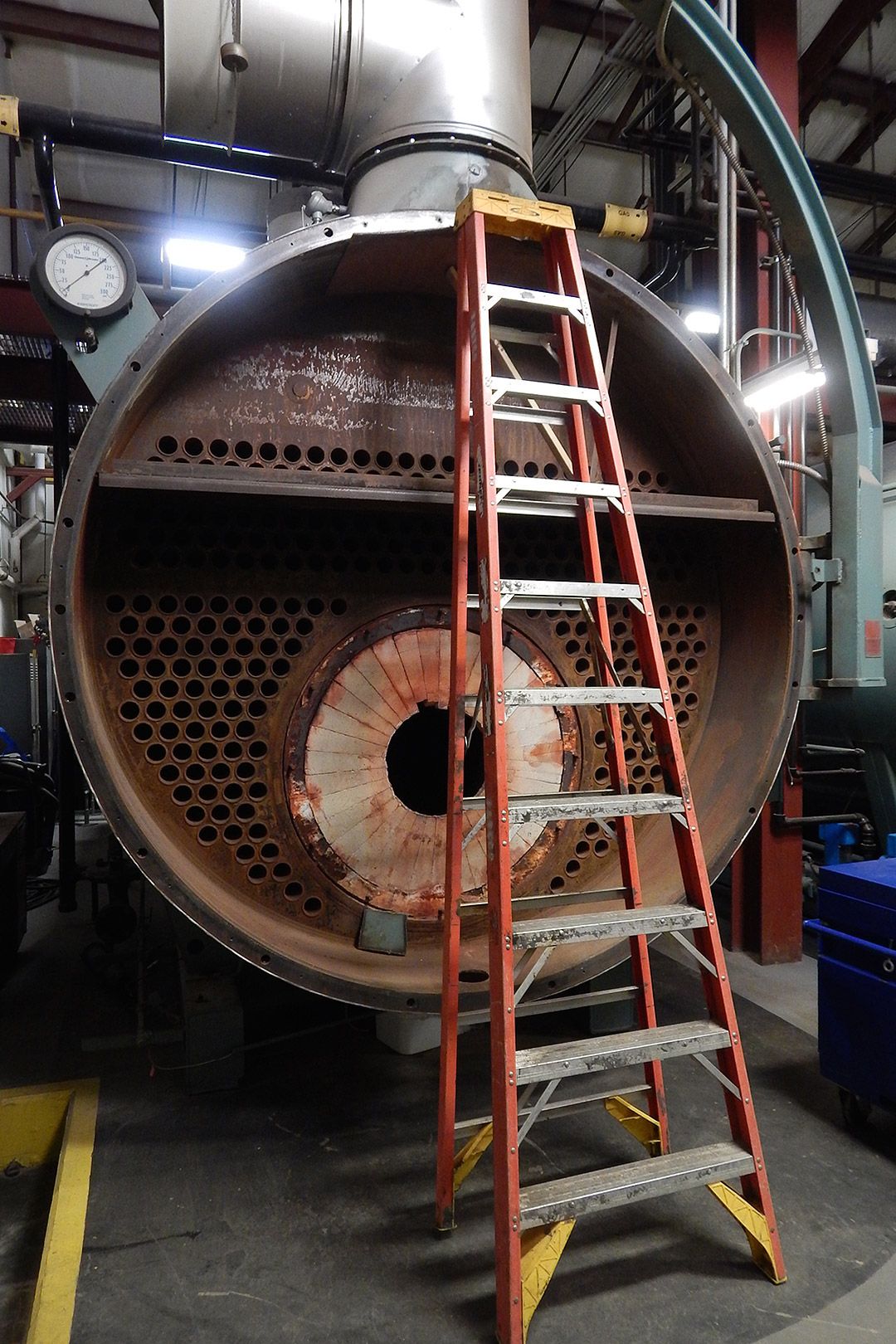 Boiler No. 1 in November 2016, prior to its conversion for burning Renewable Fuel Oil. (Doug Hubley/Bates College)

As retrofitted for RFO, the two Bates boilers use virtually identical technology. But they don’t look alike. Borrowing a term from navel engineering, No. 1 is an outie: the burner is housed in a big cylindrical projection on the boiler’s front door. Adding to the bulk was a new housing for the forced-draft fan that pushes heated air through the boiler, that sits alongside that extension.

In contrast, the new installation, on No. 2, is an innie. That’s because the equipment fabricator, Preferred Utilities Manufacturing of Danbury, Conn., designed the burner to fit in the existing door with minimal modification. (So there was no need to relocate the original forced-draft fan from its mounting on the door — and there was no changeover to an induced-draft fan, as we erroneously reported in an earlier edition of this post.)

John Rasmussen, Bates’ energy manager, notes another difference between the original 2017 installation and the new one: Preferred Manufacturing retuned the burner to achieve a lower minimum operating temperature — think of it as the boiler “idling” when its full output isn’t needed — thereby saving fuel.

Rasmussen says that during the coldest days of a normal winter, heating the campus will require one of the RFO boilers running at full capacity and the other at half-power. He explains, “Boiler 1 will be the lead while the other picks up the slack, and then maybe after a couple of weeks you make Boiler 2 the lead, and Boiler 1 picks up the slack.

“But in any case, the goal is to meet 99 percent of the heating demand [on the portion of campus served by the steam plant] with RFO.” Accounting for most of that remaining percentage point is the use of natural gas to fire up the boilers in the fall — a 16-hour process that’s simply more straightforward with gas — and any use of the third boiler to cover for problems with Nos. 1 or 2.

Good planning helped contain both the cost — $200,000 — and time commitment for the conversion. Burning RFO is not as simple as, say, lighting up some Bananas Foster. The fuel oil needs to be pre-heated and pressurized. In addition, as another efficiency measure, steam from the system preheats water that’s about to be boiled into steam. 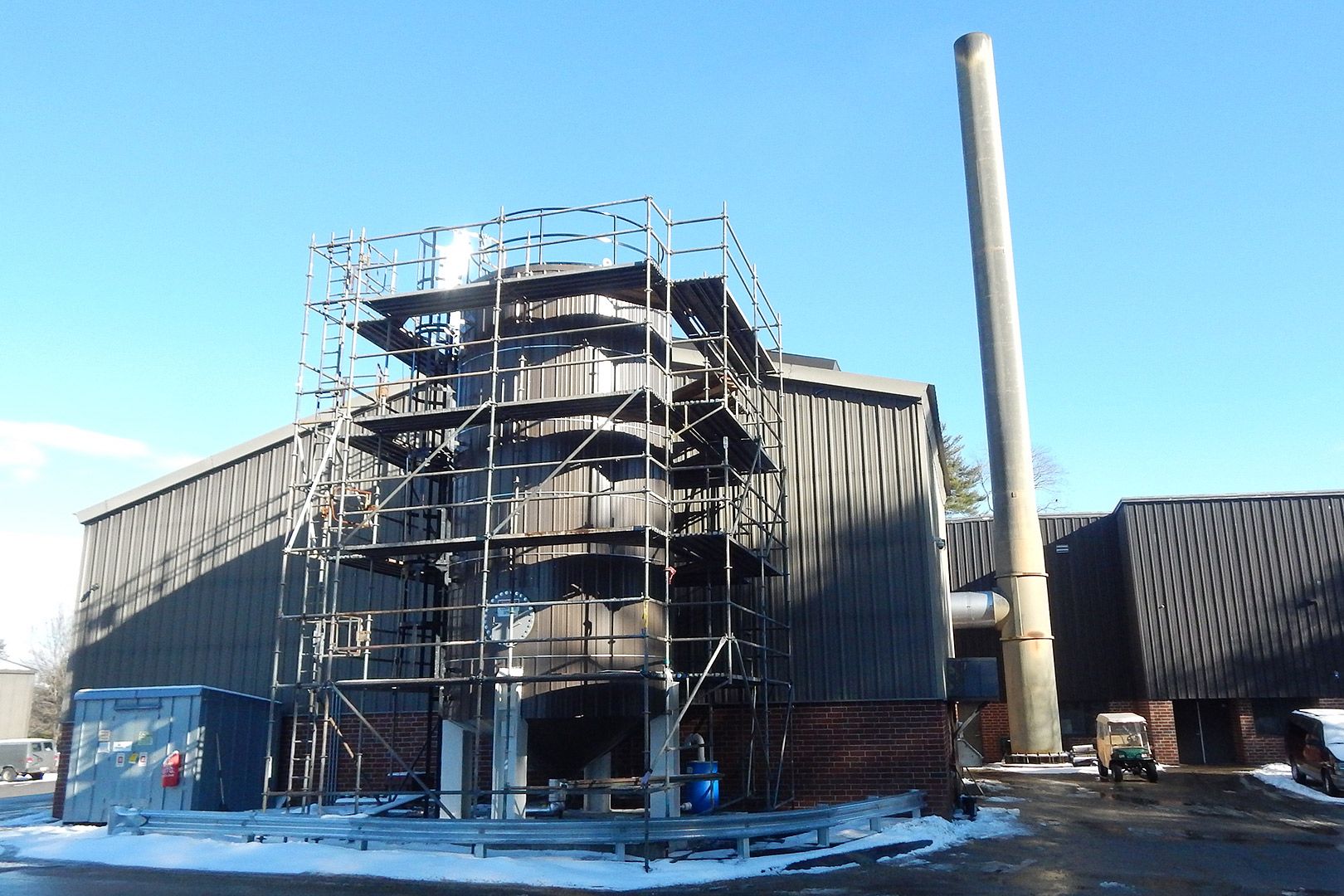 This all requires machinery — a compressor, fuel heater, and heat exchanger. So Rasmussen made sure that during the original RFO conversion, beginning in 2016, all of this equipment was sized to accommodate two burners, anticipating the conversion of No. 2.

By the same token, the original fuel tank, intake pump, etc., are adequate to serve both burners. The only difference is that during the coldest weather RFO will be delivered seven times a week, instead of five or so.

Meanwhile, Ensyn has continued to attract clients for RFO, including one in Canada and a municipal district-heating system in Minnesota. In addition, two other Northeastern colleges seem like good bets. And, with the Renfrew plant at capacity, Ensyn has opened a new RFO production facility in Port-Cartier, Quebec, on the north bank of the St. Lawrence River.

RFO is also a money-saver for Bates, as Ensyn is committed to offering the product at rates competitive with other fuels, Rasmussen notes.

So all in all, on a cold weekend in January, Bates has gotten really good news about keeping warm. “The work by John Rasmussen is very exciting and a real success story,” says sustainability manager Twist, “from the standpoints of both carbon reduction and finance.” 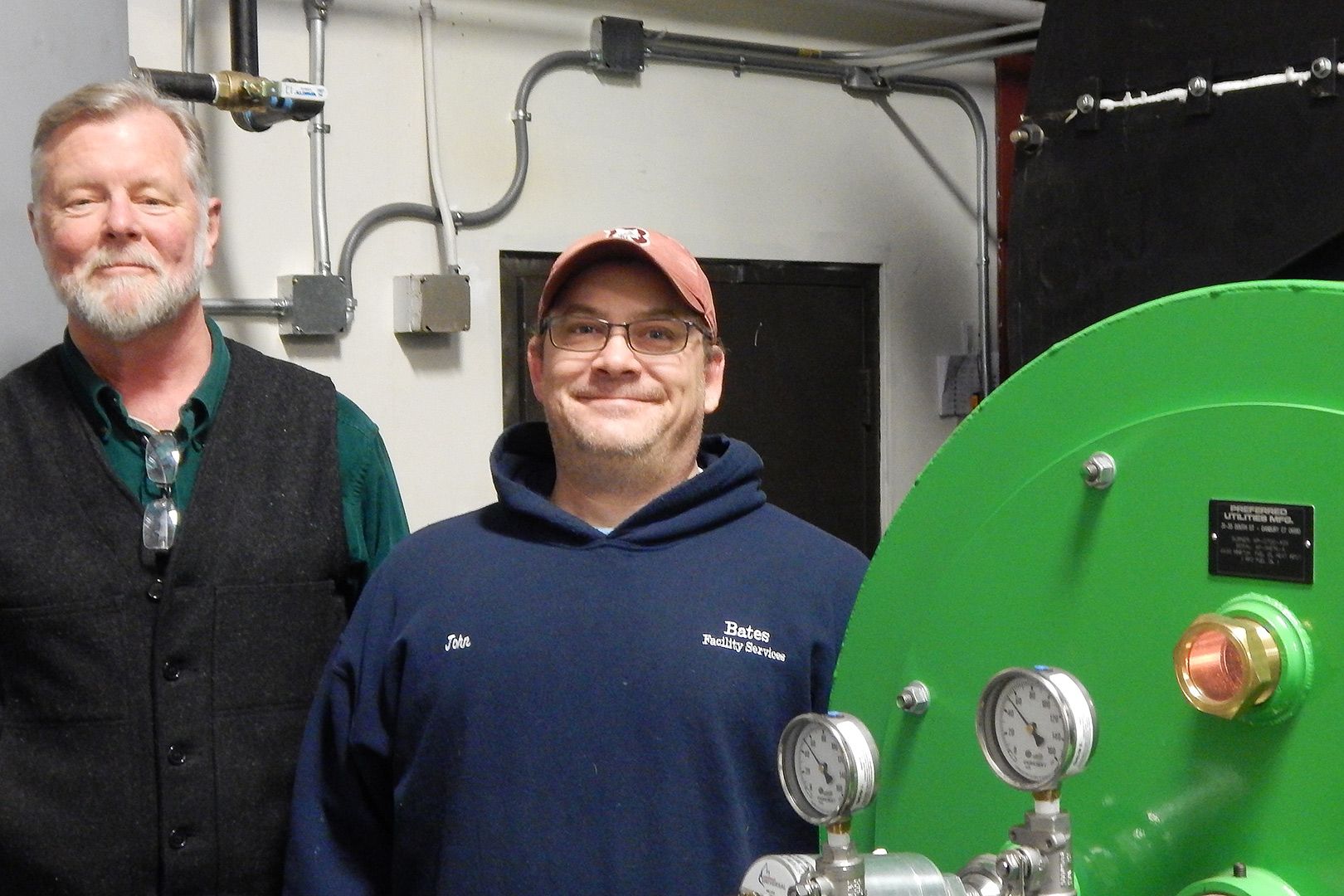