“I am so pleased that Bates has been invited to participate in this strategic effort by the Schuler Family Foundation,” said Bates President Clayton Spencer. “This project provides us with a rare opportunity to work intensively with our young alumni to understand what motivates their giving and the issues that matter most to them.”

The colleges of the Schuler Initiative were chosen on the basis of their national leadership in alumni giving as well as their capacity to create a pilot program, with the potential to be scaled nationally, for growing young-alumni philanthropy.

With giving participation often seen as a proxy for overall alumni engagement, the Schuler Initiative will focus on the large demographic cohort known as millennials.

“The Schuler Family Foundation is committed to ensuring the strength and sustainability of the liberal arts in American higher education,” said Jack Schuler, co-founder and chairman of the Schuler Family Foundation. “Developing and preserving the tradition of philanthropy among young donors is a key to maintaining the mission and values of our national liberal arts colleges.”

With giving participation often seen as a proxy for overall alumni engagement, the Schuler Initiative will focus on the large demographic cohort known as millennials.

Roughly corresponding to alumni who graduated between 2002 and 2017, millennials will soon overtake baby boomers as the largest living generational cohort in the U.S. At Bates, this group represents 37 percent of all alumni.

“Our young alumni are emerging as innovative leaders in their communities, in their work, and in many different fields across the globe,” said Vice President for College Advancement Sarah R. Pearson ’75. “These young Bobcats are shaping the world, giving back, and making Bates proud. We’re excited to have this opportunity to tap into their insights — to hear their stories, priorities, and the causes and issues that matter to them.”

Over the next three years, the Schuler Initiative will support the five colleges’ efforts to conduct research, analyze trends, and, ultimately, create a set of recommendations. 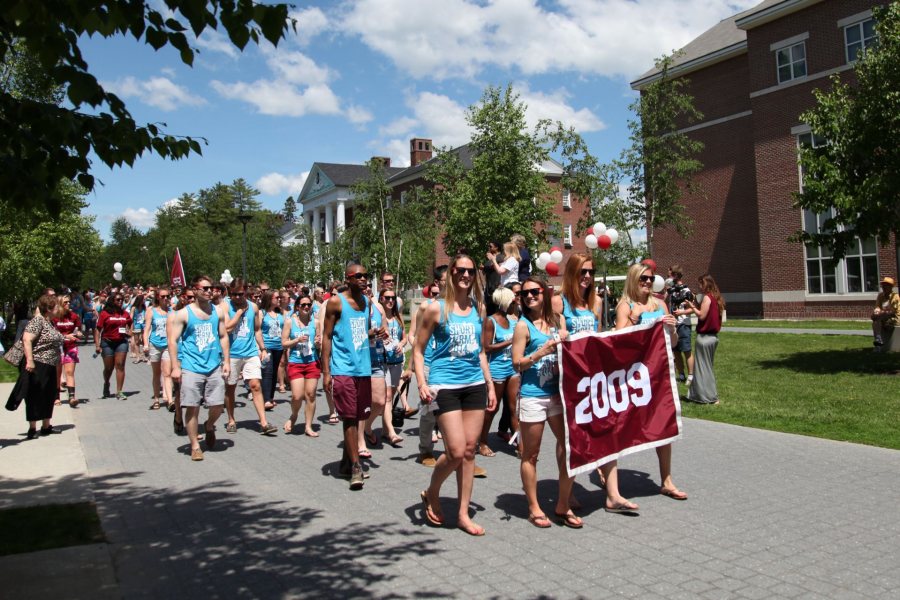 The Schuler Initiative will help Bates better engage with millennial alumni, roughly corresponding to the classes of 2002 to 2017. Here, members of the Class of 2009 march in the Reunion Alumni Parade on June 7, 2014. (Jay Burns/Bates College)

By one measure, giving to U.S. colleges and universities is historically strong. In calendar year 2017, higher-education giving totaled $43.6 billion, the highest recorded by the Council for Aid to Education since it began surveying U.S. colleges in 1957.

At Bates, total giving has more than doubled since 2013, and the college is currently in the second public year of the $300 million Bates Campaign, which recently passed the $200 million mark.

However, the percentage of alumni nationally who contribute to their institutions has declined since the 1990s ­— partly driven by lower giving rates among newly minted alumni. And while Bates and its four peers boast some of the strongest overall alumni participation rates in the country (collectively 45 percent), their millennial participation hovers around 32 percent.

“The Schuler Initiative is ambitious and far-reaching. But it is also personal.”

Among the possible reasons for low young-alumni giving, a resistance to giving has been ruled out. National studies and preliminary data from the five colleges indicate that the cohort has a strong interest in educational philanthropy. 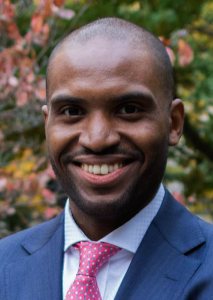 At Bates, trustees Emma Sprague ’10 and David Longdon ’14 are leading the work to engage fellow young alumni volunteers in the project.

The pair’s 2016 election as Bates trustees reflects the board’s desire to better understand the perspectives of recent graduates and to gain input on communication, engagement, and volunteer strategies.

“The Schuler Initiative is ambitious and far-reaching. But it is also personal,” said Sprague. “It’s a discussion we can have about Bates that goes beyond numbers and percentages. It’s about the part we can play — as individuals, as friends and classmates, and as a young-alumni cohort — to directly impact the lives and experiences of Bates students for years to come.”

“As young alumni, we seek opportunities to make an impact, through our philanthropy, on issues we care about,” said Longdon. “The Schuler Initiative is our chance to help set the parameters, for years to come, when it comes to engaging with Bates in ways that feel productive and valuable.”