Bates is the fourth-ranked producer of Fulbright U.S. Student awards in 2018–19.

This year’s Fulbright Top Producer list was announced by the U.S. Department of State on Feb. 10 and published in The Chronicle of Higher Education. 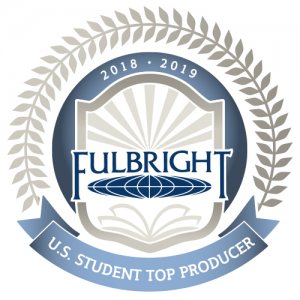 Bates College has earned Fulbright Top Producer honors for eight straight years, including a No. 1 ranking among all bachelor’s degree institutions in 2017-18.

With 13 awards this academic year, Bates sits among the top five producers for the fourth straight year, including a No. 1 ranking in 2017–18. Bates has earned Fulbright Top Producer honors for eight straight years.

“This outcome is a beautiful alignment of our mission and academic enterprise.”

Sponsored by the U.S. Department of State, the Fulbright is the U.S. government’s flagship international educational exchange program.

The highly competitive program, which makes its awards based on academic merit and leadership potential, sends Americans to dozens of countries to teach, study, or conduct research, promoting cultural exchange and international understanding, and finding solutions to shared concerns.

“Bates has distinguished itself in many spheres, but our impressive and recurring placement among the top Fulbright Student producers is especially noteworthy,” says Vice President for Academic Affairs and Dean of Faculty Malcolm Hill.

“This outcome is a beautiful alignment of our mission and academic enterprise, and I congratulate our faculty who consistently cultivate intellectual discovery among our students. Having met many of the Fulbright finalists, I am impressed with their meaningful desire to live into our mission as they become leaders responsible for stewardship of the wider world.” 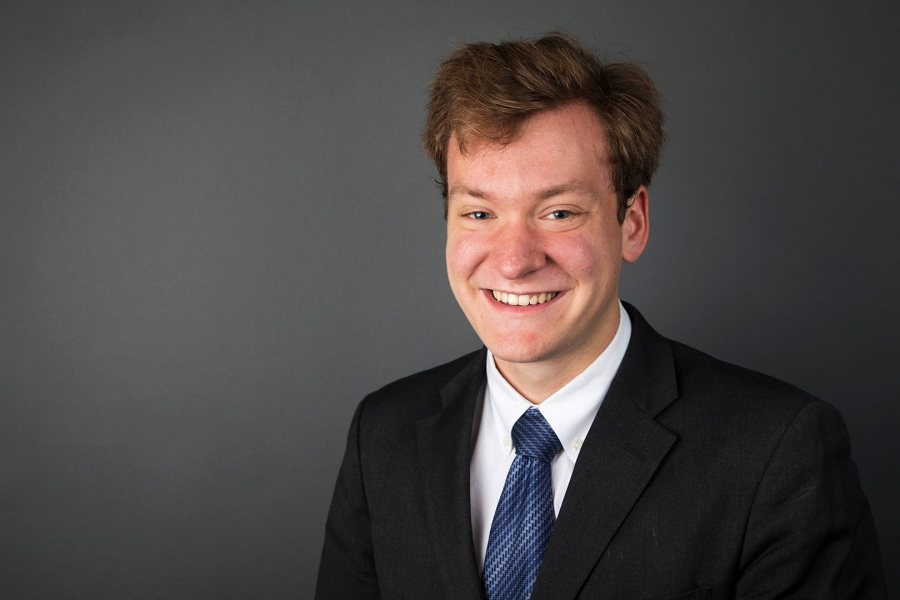 Politics major and German minor Stephen Rowe ’18, one of 13 Bates recipients of a Fulbright U.S. Student award for 2018—19, is studying Austria’s response to a changing European security architecture at the University of Innsbruck. (Theophil Syslo/Bates College)

Director of Graduate Fellowships Robert Strong says the distinctive character of a Bates liberal arts education gives aspiring Fulbright awardees “unique preparation to be teachers, scholars, and cultural ambassadors around the world — which, in turn, prepares them for the next step in their careers and lives of purposeful work.”

Off-campus study that helps students develop independence and global awareness. Sixty percent of Bates graduates study abroad for a semester or a year, the highest rate among peer institutions.

Community-engaged learning in Lewiston and other local communities, including significant teaching experiences through the college’s Department of Education, that is integrated into the curriculum and positions students to discuss their experiences with depth and nuance.

One-on-one mentoring with faculty during the application process that positions Fulbright applicants for successful outcomes. 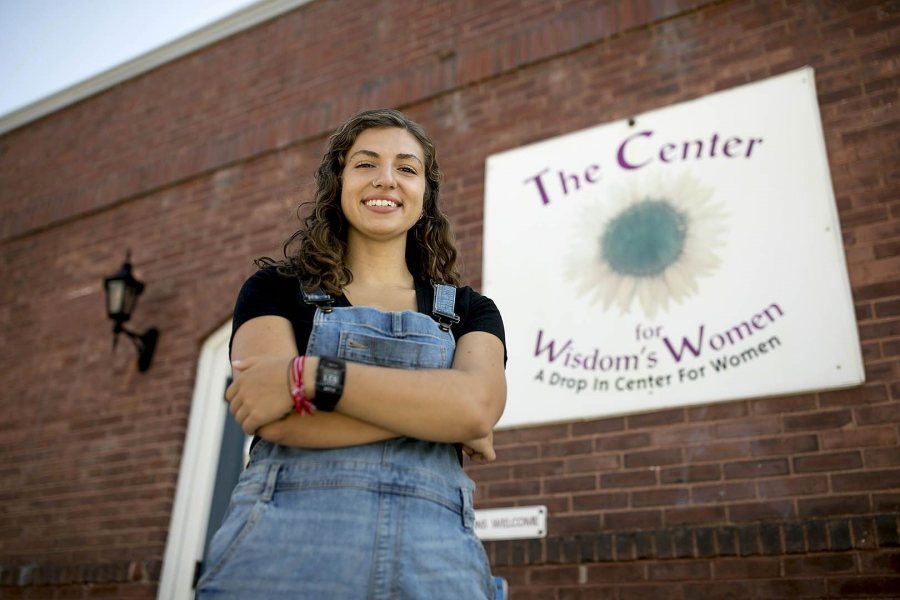 Grace Jurkovich ’18, a key figure in building a social enterprise at a Lewiston nonprofit, the Center for Wisdom’s Women, is using her Fulbright U.S. Student award to teach in La Rioja, Spain. (Phyllis Graber Jensen/Bates College)

By senior year, students pursuing Fulbrights and other graduate fellowships have become eager “to put into practice in the world, with a sense of agency and ownership, what they’ve learned at Bates,” Strong says.

“They leave with the mindset of a practitioner.”

That attitude, Strong adds, reflects the goals of the college’s Purposeful Work program, which helps students identify and align their interests with personally meaningful work after Bates.

“Our students have developed different abilities and interests, but they’re all thinking about how they can best integrate their work and outreach efforts into the communities they enter.”

Purposeful Work, Strong says, underscores the pragmatic education that Bates students receive. “They leave with the mindset of a practitioner. They are all thinking, in very practical ways, about how to bring their expertise, enthusiasm, and talents to serve the world in productive careers.”