Jennifer Doudna, an internationally renowned biochemist who is the co-inventor of the CRISPR-Cas9 genome editing technology and a leading public voice in the discussion of its societal and ethical implications, will deliver the Bates College Commencement address and receive an honorary degree on Sunday, May 26.

Check out all our Bates Commencement 2019 coverage, in video, photographs, and text.

Travis Mills, a Maine resident and Army veteran who became a quadruple amputee in combat and is now an advocate for combat-injured veterans.

Megan Smith, CEO of shift7 and former Google executive and U.S. chief technology officer who is a visionary for tech innovation, collaboration, education, and inclusivity.

Commencement honorand candidate Dolores Huerta — labor activist, civil rights icon, and co-founder of the United Farm Workers of America — is unable to attend this year’s Commencement exercises. She will accept her honorary degree and speak at Convocation on Sept. 3.

“We are thrilled to bring these inspiring individuals to Bates and to recognize their contributions with honorary degrees,” said President Clayton Spencer. “Working in very different domains, all have sought to improve the experiences of others and to find new and meaningful ways to propel society forward.” 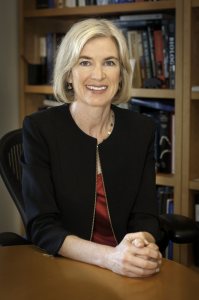 Co-inventor of the gene-editing technology known as CRISPR-Cas9, Jennifer Doudna will deliver the 2019 Commencement address on May 26.

A scientist of the first rank, Doudna in recent years has won public acclaim for sounding the call for thoughtful discussion of the potential societal implications of gene editing. While CRISPR promises a low-cost, simple means of editing the DNA of any organism, which could lead to transformative advances in healthcare, farming, and environmental protection, Doudna has written and spoken widely about the need to carefully consider the ramifications of our new ability to manipulate DNA.

In her 2017 book A Crack in Creation: Gene Editing and the Unthinkable Power to Control Evolution, co-authored with Samuel H. Sternberg, she writes that “a global discussion about gene editing has already begun; it’s a historic debate about nothing less than the future of our world.”

Since 2002, Doudna has been a professor at the University of California, Berkeley, where she founded the Innovative Genomics Institute and holds the Li Ka Shing Chancellor’s Chair in Biomedical Sciences. She was named one of Time Magazine’s 100 most influential people in the world in 2015, and one of Foreign Policy’s 100 Leading Global Thinkers in 2014. The recipient of many awards, she was a co-recipient of the 2018 Kavli Prize in Nanoscience, given every other year by the Norwegian Academy of Science and Letters and the Kavli Foundation. Doudna earned a bachelor’s degree at Pomona College and a doctorate at Harvard Medical School. 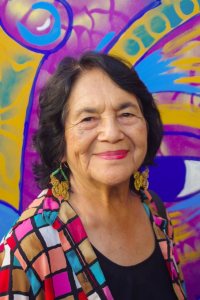 Dolores Huerta, a labor activist and civil rights icon who co-founded the United Farm Workers of America, will receive an honorary Doctor of Humane Letters degree.

Dolores Huerta is a civil rights icon, unflinching organizer, and labor activist who, for more than half a century, has fought for the rights of workers, Latinx people, immigrants, and women.

Dolores Huerta is unable to attend this year’s Commencement exercises and will accept her honorary degree and speak at Convocation on Sept. 3.

In 1962, Huerta co-founded with César Chávez the organization that would become the United Farm Workers of America. The union’s famous grape strikes in the 1960s and 1970s led to some of the first collective bargaining agreements for farm workers. Huerta served as UFW vice president until 1999.
Over the past four decades, Huerta has been a lobbyist for workers’ rights. She has also worked to increase the political participation and election to public office of Latinx people and women.
Huerta’s contributions have been recognized with the Eugene V. Debs Foundation Outstanding American Award, the United States Presidential Eleanor Roosevelt Award for Human Rights, and the Presidential Medal of Freedom. In 1993 she became the first Latina inducted into the National Women’s Hall of Fame.
She is president of the Dolores Huerta Foundation, a community benefit organization. In various states in the U.S. Southwest, six public schools are named for her. 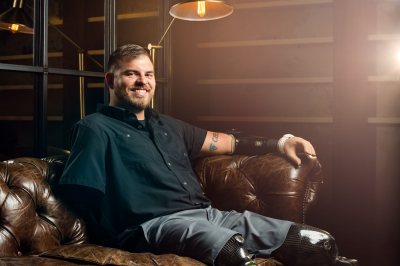 Travis Mills, a Maine resident and Army veteran who became a quadruple amputee in combat and is now an advocate for combat-injured veterans, will receive an honorary Doctor of Humane Letters degree. (Photograph by Sean Berry)

Travis Mills of Manchester, Maine, is a U.S. Army combat veteran who turned personal tragedy into the opportunity to support fellow wounded veterans.

In 2012, Mills lost parts of both arms and both legs after stepping on an improvised explosive device in Afghanistan, becoming one of only five veterans of combat in Iraq and Afghanistan to survive a quadruple amputation. Doctors told him he would spend three years in the hospital. Yet just four months after his injury, and even before he was discharged, he walked a 5-kilometer race.

Since his injury, Mills has worked tirelessly to ensure that veterans have the resources they need to overcome physical obstacles and strengthen their families and to raise the public visibility of their needs.

In 2013 he founded the Travis Mills Foundation, which provides restorative, barrier-free retreats at no cost for veterans and their families at a former estate in Maine, a state that has one of the highest veteran populations per capita. For his service, Mills received a Citizen Honors Award from the Congressional Medal of Honor Society during a March 25 ceremony in Washington, D.C.

Mills also gives motivational speeches and has published a memoir, Tough As They Come. The work, he says, honors the memory of those who didn’t return home from combat. “I’m going to keep living and I’m going to keep pushing forward. I realize it’d be a selfish slap in the face if I ever quit on myself.” 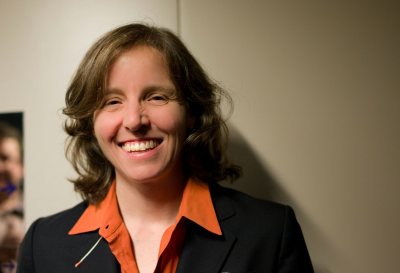 Megan Smith, a former Google executive, third U.S. chief technology officer, and now CEO of shift7, is a visionary for tech innovation, education, and inclusivity and will receive an honorary Doctor of Humane Letters degree. (Photograph by Joi Ito)

Megan Smith is an engineer, entrepreneur, and pioneering advocate for education and inclusivity in the field of technology. She is founder and CEO of shift7, an organization that combines the best in technology innovation and public service to collaboratively tackle systemic economic, social, and environmental challenges.

A former Google vice president, Smith served as the third U.S. chief technology officer — the first engineer and first woman in the role — under President Barack Obama. Smith has worked to harness the power of technology, innovation, and data for the benefit of society. She was elected to the National Academy of Engineering in 2017 “for leading technological innovation teams and efforts to increase diversity and inclusion in STEM industries both nationally and globally.”

At Google, she led new business development, acquiring the products that would become Google Maps and Google Earth. In an interview with Quartz, she shared some of her work on diversity and inclusion, noting that “we need to know that women have always done these [technical] jobs at all levels, even if they’ve been written out of the story.”

Smith has been outspoken and effective, in her writing and her business ventures, in inspiring people of all backgrounds to see themselves in tech. The past CEO of Planet Out, an online community for LGBTQ people, Smith has been selected by Out magazine as one of the 50 most powerful LGBTQ people in the U.S.