It’s obvious that Professor of Economics Lynne Lewis is a dog lover.

Her second-floor Pettengill office contains a large dog crate and framed photographs of various dogs that have been a part of her life, including the two she has now. “I absolutely love them,” she says.

One dog that’s very meaningful to her, Spike Jr., is inanimate:  a metal figurine bedecked with colorful ribbons that she keeps close at hand. “I mean, look at this guy,” she says of the gritty junkyard figure. “He’s so quirky. It’s ridiculous.” 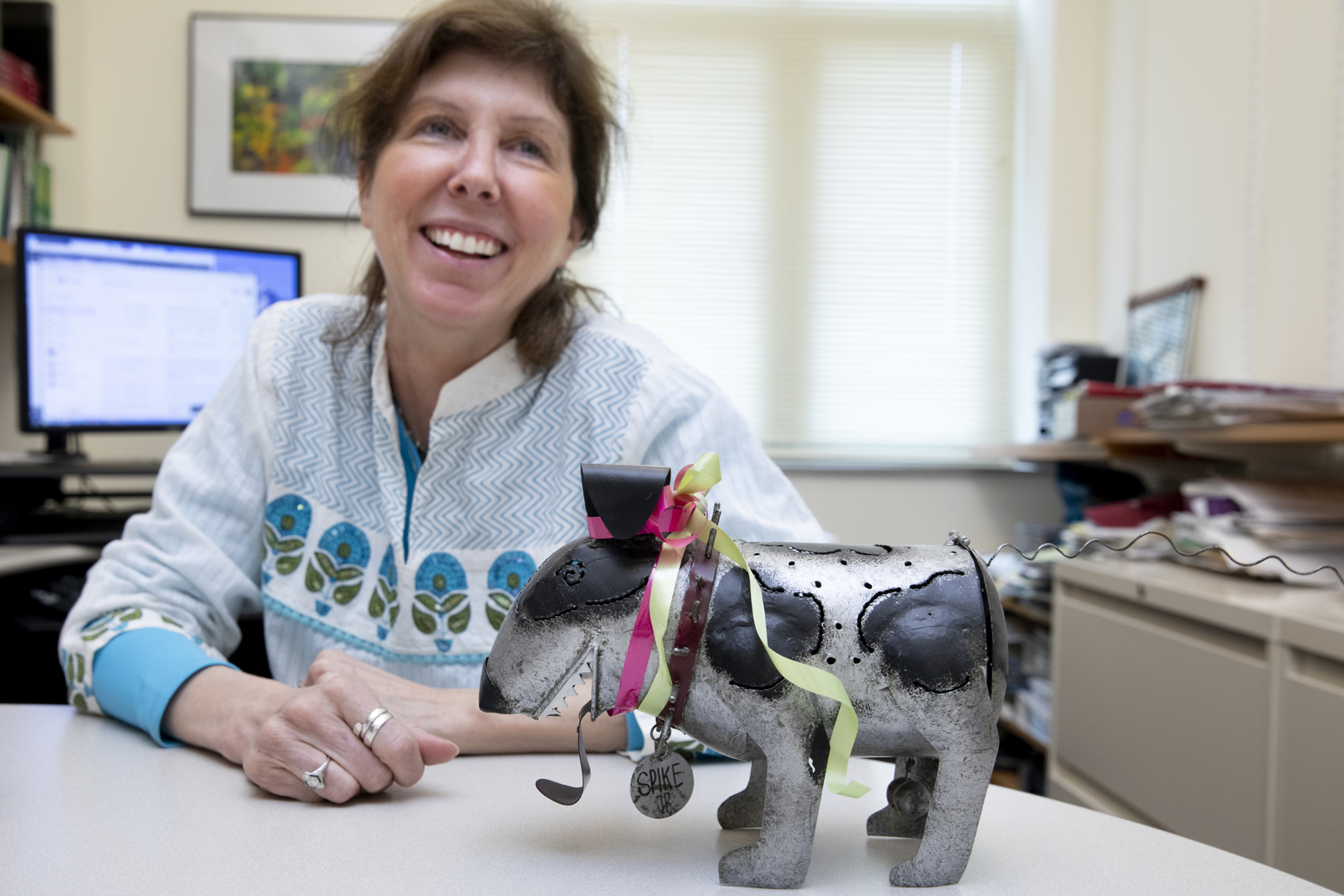 Spike belonged to Lewis’s late friend and colleague David Aschauer, who died in 2011 while swimming in a summer triathlon off the coast of Cape Elizabeth, Maine. He was 58 years old. “He died as he lived — doing something he loved and doing it with intention and passion,” said Lewis in a memorial tribute she presented at the first faculty meeting following Aschauer’s death.

During campus memorial preparations, Lewis got to know Aschauer’s family well, and they, her. His daughter, Erika, gave Spike  — who had resided in Aschauer’s Pettengill office — to Lewis. “She thought he would have wanted me to have it, which made it very special,” she says.

“David and I were friends, but we were really different, worlds apart sometimes in what we worked on and in our politics,” she remembers. He was a macroeconomist, she a microeconomist. He was, she says, “one of our politically conservative colleagues who was always arguing with us about absolutely everything and of course was usually right.”

But this dog, she says, “reminds me of David and his contributions to Bates, and it reminds me of what I like about this place.” Spike isn’t the only thing that Lewis inherited from Aschauer. She holds the same chair, the Elmer W. Campbell Professorship of Economics, that Aschauer held. 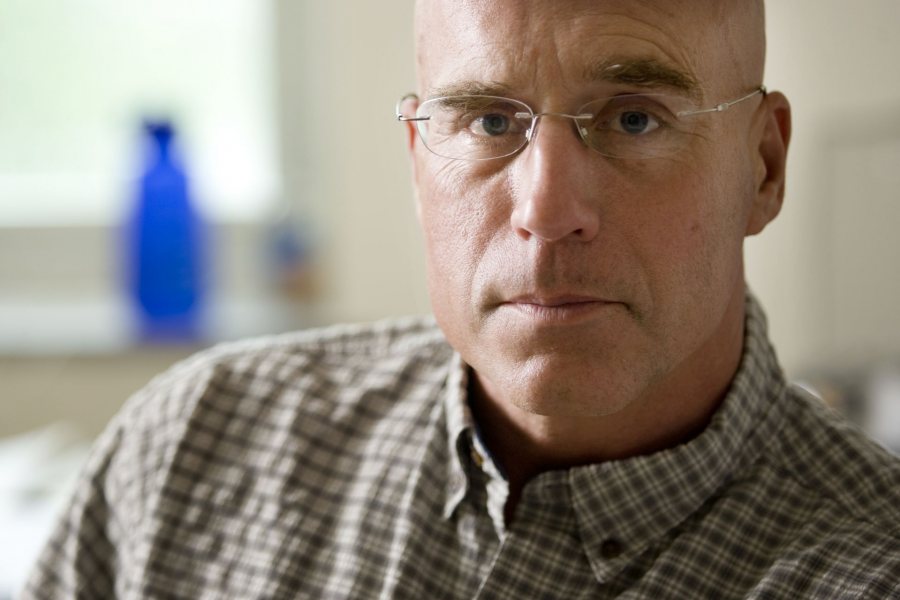 Known nationally for research illustrating the economic stimulus created by government spending on public infrastructure, Aschauer left really big shoes to fill, says Lewis, noting that his famous 1988 paper on the importance of spending on core infrastructure, published in the Journal of Monetary Economics, has been cited close to 3,500 times.  “He was very focused on making positive change.”

In that sense, economics is a behavioral science, she says. “We teach about human behavior, how markets work, and how economies function, but we also teach about decision-making and evaluating policies that change behavior.”

Lewis is proud of the work being done by her economics colleagues to carry Aschauer’s legacy forward. “They are doing really good things to make the world and Bates a better place. They’re offering their students the education they need to go into the world to accomplish the same.”

That’s what she thinks when she sees Spike Jr. 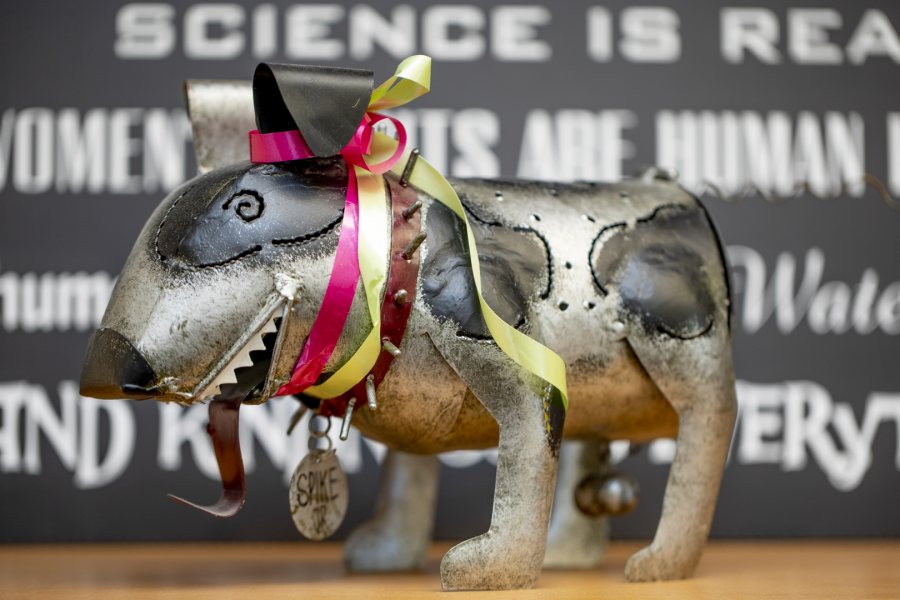