The recent recipient of a Fulbright Scholar award, Professor of Politics James Richter will spend fall 2019 in the Czech Republic, teaching at Masaryk University in Brno, giving public talks and making inroads on a new research project on the politics of memory.

A widely published scholar of Eastern European politics, including recent studies of the organization of civil society in Russia, Richter is thinking of bringing the Czech Republic (formerly one component of Czechoslovakia) to the forefront of his next big research project. 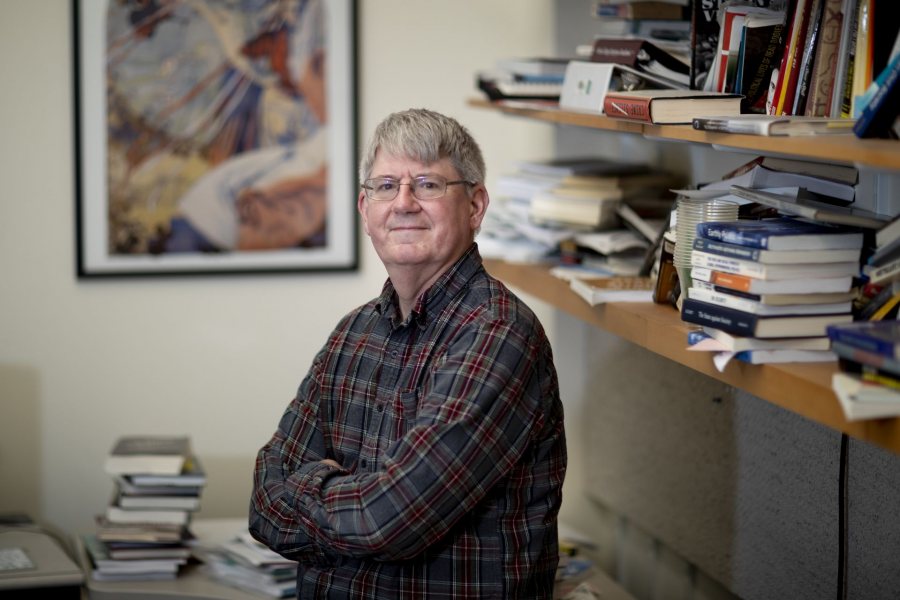 He enjoys learning about Czech language, music, and history; he wrote his master’s thesis in part on the 1968 Prague Spring, a period of liberal reforms in communist Czechoslovakia that were later violently suppressed.

During his Fulbright-funded visit, which is part of his yearlong sabbatical, Richter will teach courses in international relations and foreign policy in an English-language program geared to study-abroad students from around Europe.

He hopes to use some of his time in the Czech Republic to start an inquiry into how historical events and memories factor into Czech public life. (In the U.S., the politics of memory have played a big role in the debate over Confederate statues and symbols.)

“It’s about how politicians and states try to construct a symbolic environment which will support their regime in some way, or support a national identity,” he says. “That often takes resources. It takes money to build a statue.”

“It will be a great chance to talk to people and see what they’re concerned about, what’s important to them, and to use that as a place to go from.”

Richter wants to look at how the politics of memory have played out in the Czech Republic and Germany, where World War II is “a huge aspect of cultural introspection” and the use of Nazi symbols is strictly limited. He’s also interested in Poland and Hungary, where public memory of World War II and the communist regime is “extremely fraught,” he says.

Teaching will be especially interesting, Richter says, because his students won’t have lived through world war and communist rule and will have a different sense of the impact of those events on their lives.

Richter says he is excited to meet his students, learn about the differences between Czech and American university education, and get a sense of direction for further research.

The Fulbright experience will be “a great chance to talk to people and see what they’re concerned about, what’s important to them, and to use that as a place to go from,” he says. “I’m going to teach, I’m going to learn the language, hopefully much better, and prepare for the next project.”