Here are a few items from the Muskie Archives and Special Collections Library.

Life on the Trail

When Life magazine took to the Appalachian Trail in 1941, famed documentary photographer Eliot Elisofon, assisted by Joe Reshower de Casseres, further documented the experience by adding their names and a few doodles to this tree conk.

One of Elisofon’s photos in the Oct. 13, 1941, issue of Life shows Bates Outing Club members descending Saddleback Mountain. The conk was given to Bates by the late BOCer Gilbert Center ’43. 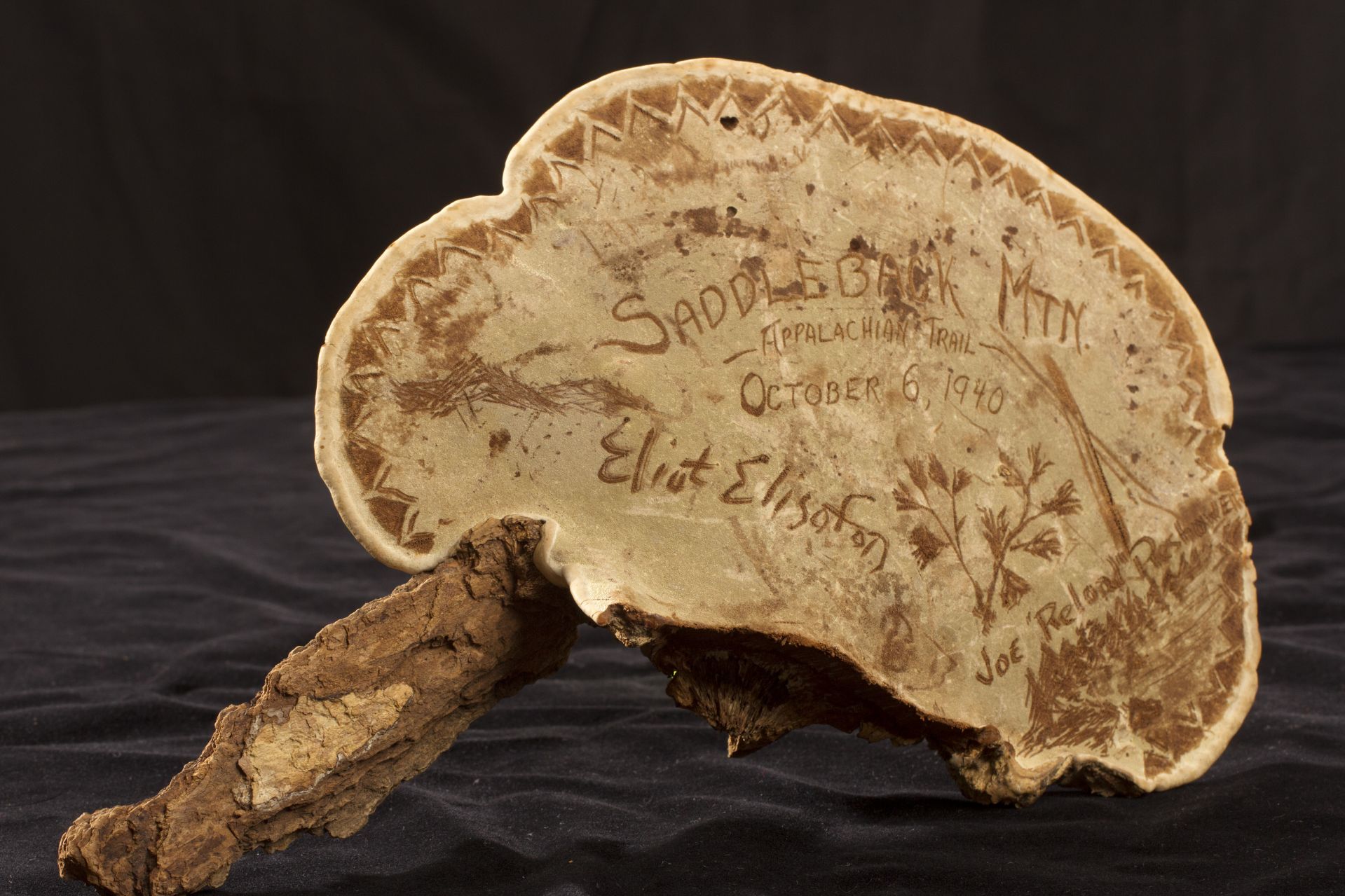 In the early 20th century, more than a few colleges engaged in this act of cultural appropriation.

At Bates, Class Day activities included the seniors taking a puff from a “peace pipe” like this one from the Archives.

The pipe-smoking was preceded by the Pipe Oration, which in 1911 offered the hope that the pipe smoke would carry away “all things that tend to separate us and disunite us” — leaving behind friendship among classmates and loyalty to Bates. 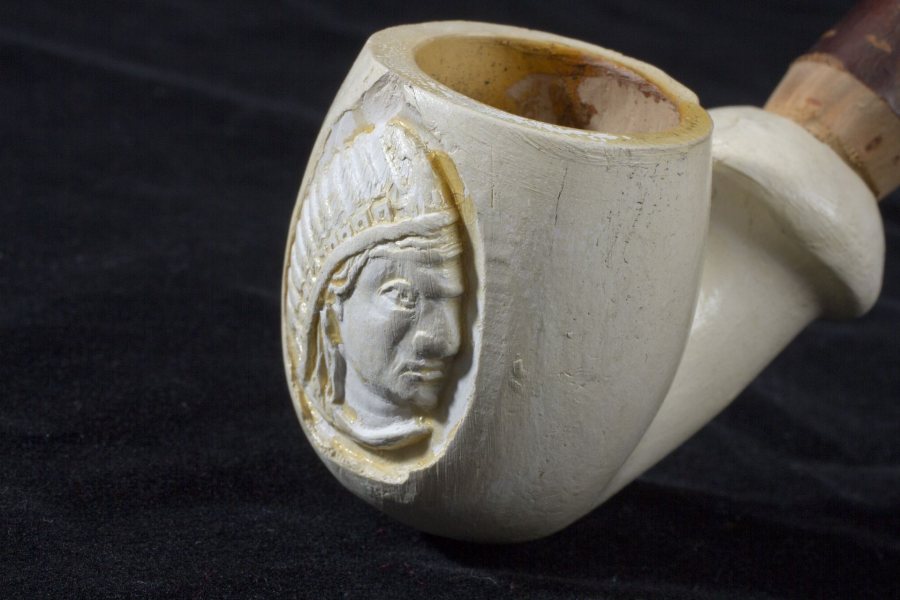 From 1968 to 1970, Bates had two Commencements each year. The first was in April for traditional four-year grads, and the second was in June or even July for graduates of the college’s new three-year option. This photo shows the April 1969 edition. 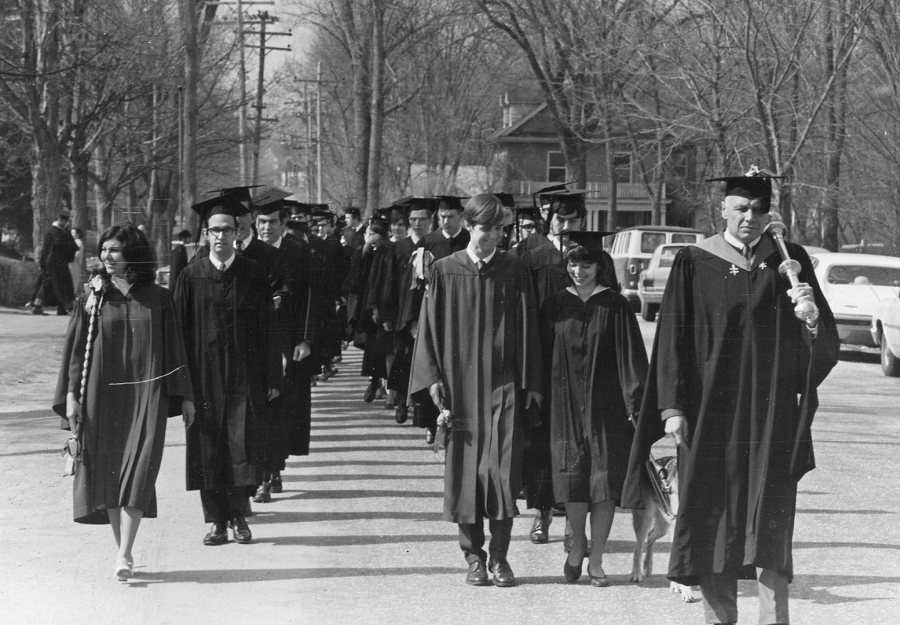 To make the three-year option viable, the college added a third academic term, which became Short Term, which lives on to this day. The three-year plan also lives on, but as a rarely chosen option.

When new President Hedley Reynolds returned to a single-Commencement format in 1971,  Lewiston Sun Journal hailed the change in its lead editorial, calling the change “preferable to the confusing, double Commencements.”

This cornet belonged to Levi W. Ballard, organizer of various Lewiston-Auburn musical groups, including the Maine State Seminary Band in 1861.

For years, Ballard furnished music for schools and college commencement exercises throughout Maine. 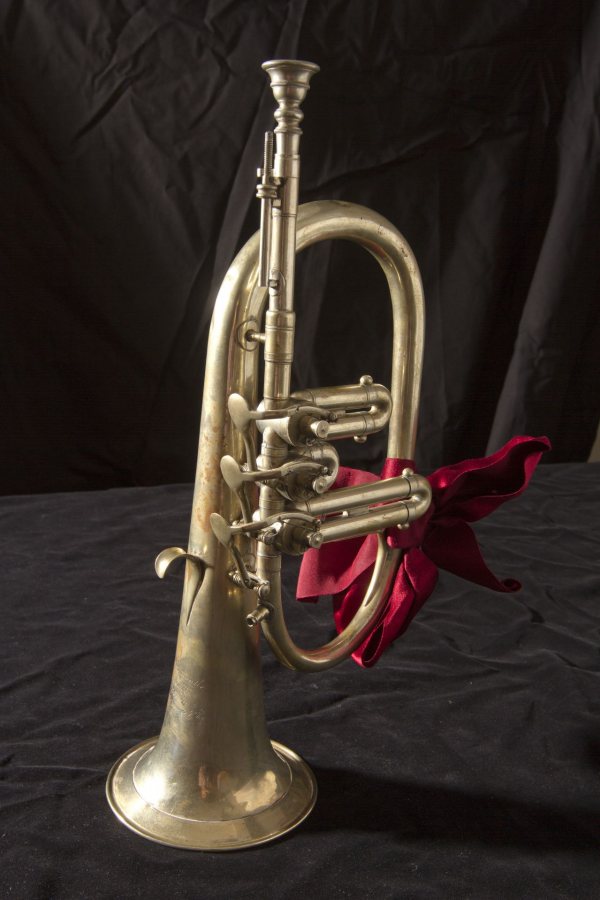 Bates’ 6-0 football win over Bowdoin on Oct. 29, 1898, was worthy of this illustrated commemorative paperweight.

Why not, since The Bates Student called it “universally admitted to be the greatest contest ever played between Maine colleges”? (With Garcelon Field not yet completed, the 1898 game was played at a downtown Lewiston park.)

The scene shows William A. Saunders, Class of 1899, carrying the ball over the goal line. The caption reads, “The play that won the game.” 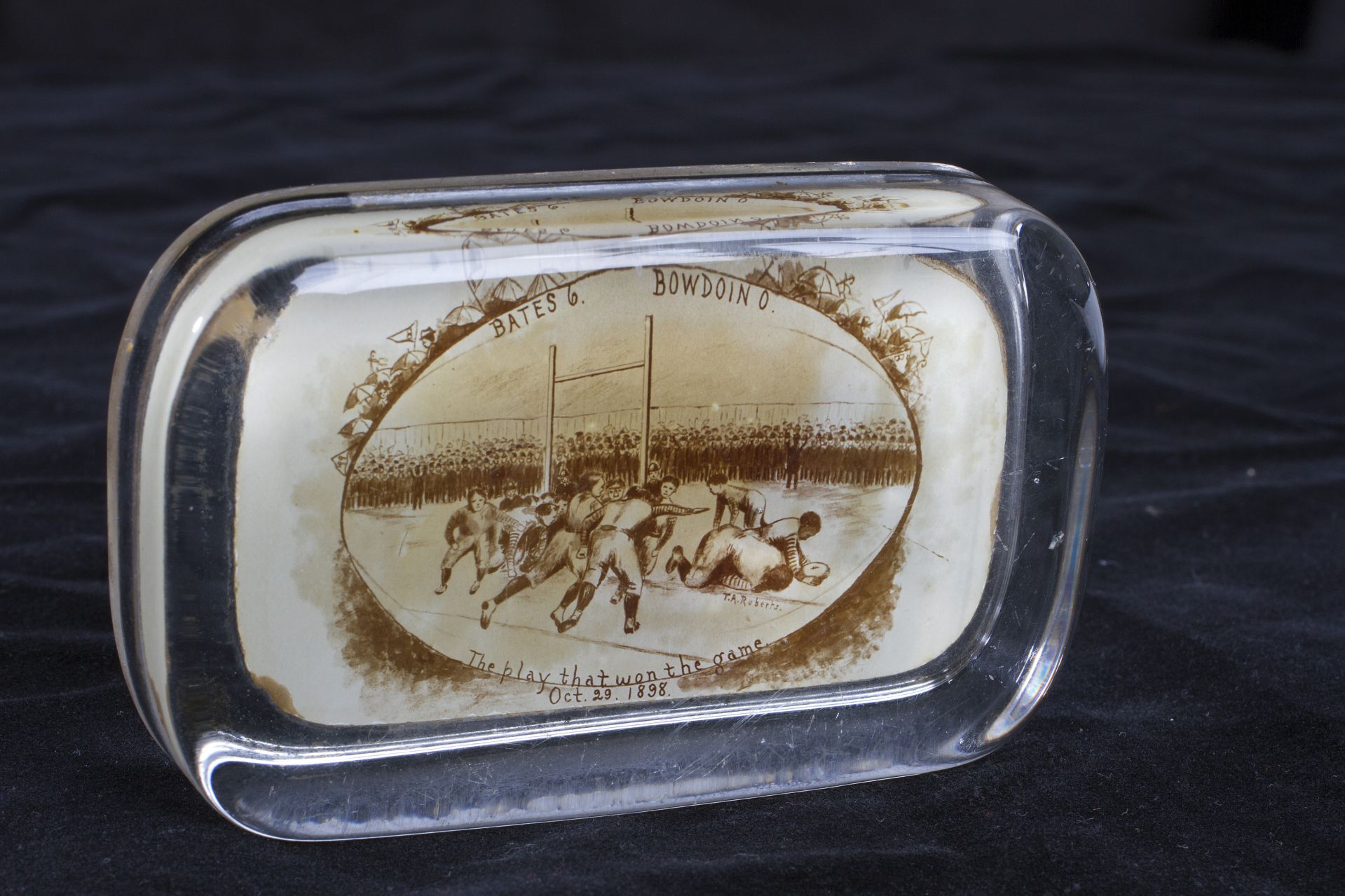 Saunders, who was African American, later taught at Storer College, an institution established with the help of Bates founder Oren Cheney.

He’s standing, second from right, in the 1898 team photo below. 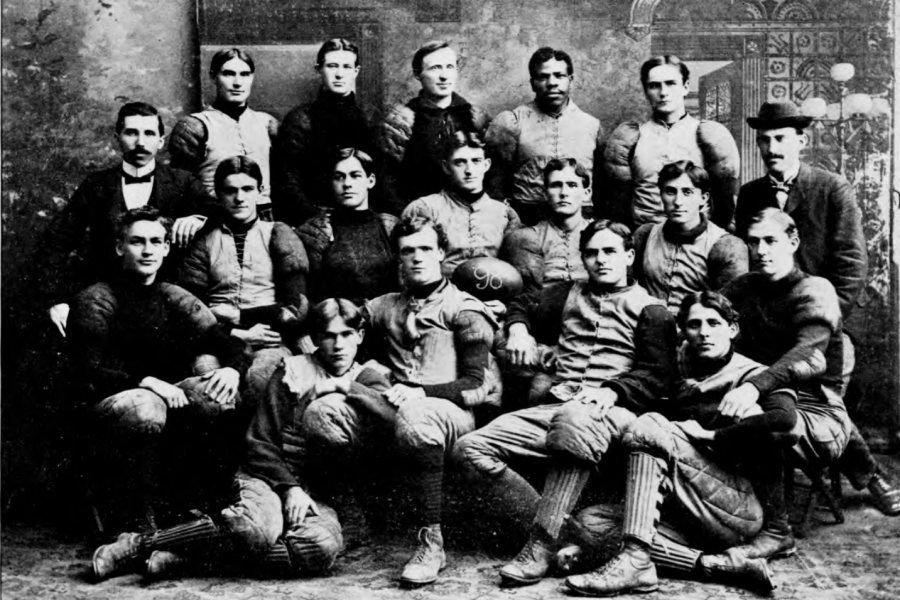 Only a Mother Could Love…

A stuffed bobcat with muttonchops. 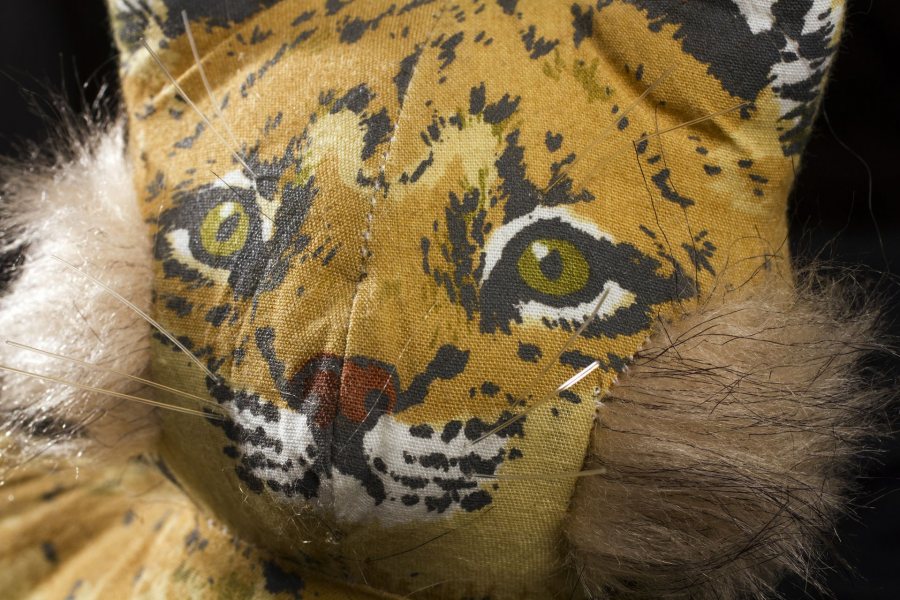