As is tradition in the sport of ultimate, Josie Gillett ’19 got a nickname when she joined Cold Front, the Bates women’s club team.

And it was a prophetic one: Future. Led by Gillett, the squad’s first-year phenom from Seattle, Cold Front qualified for the national tournament for the first time in 2016.

Three years later, the future is here for Gillett and the team: They head into the national tourney, which takes place Saturday and Sunday in College Station, Texas, undefeated and seeded first.

While Gillett’s arrival immediately raised the team’s sights and bolstered its talent (she was already a member of Team USA’s Under-19 squad), Cold Front’s progress since then has been a collective effort, says Gillett.

“Honestly, I think I had the biggest impact my first year. Since then other people have been able to help grow the program and teach new players.”

Gillett will graduate on May 26 with a major in environmental studies. Active in the college’s sustainability movement as a member of the EcoReps, a student task force for green initiatives on campus, Gillett has been a pivotal figure in the founding of the new college garden, The Plot.

She wrote her thesis on “Understanding Differences Between the Three Sister Polyculture and Monoculture Growing of Corn, Beans, and Squash. (In her acknowledgments, she gives a shout-out to Cold Front “for the unquantifiable love and happiness you have given me over the past four years.”)

Among ultimate enthusiasts, Gillett is best-known for her talent, and she’s a finalist for the 2019 Donovan Award, the sport’s national player-of-the-year award.

Yet at Bates, her ultimate ultimate legacy, as it were, will likely be a team culture that welcomes and teaches players with little or no experience. 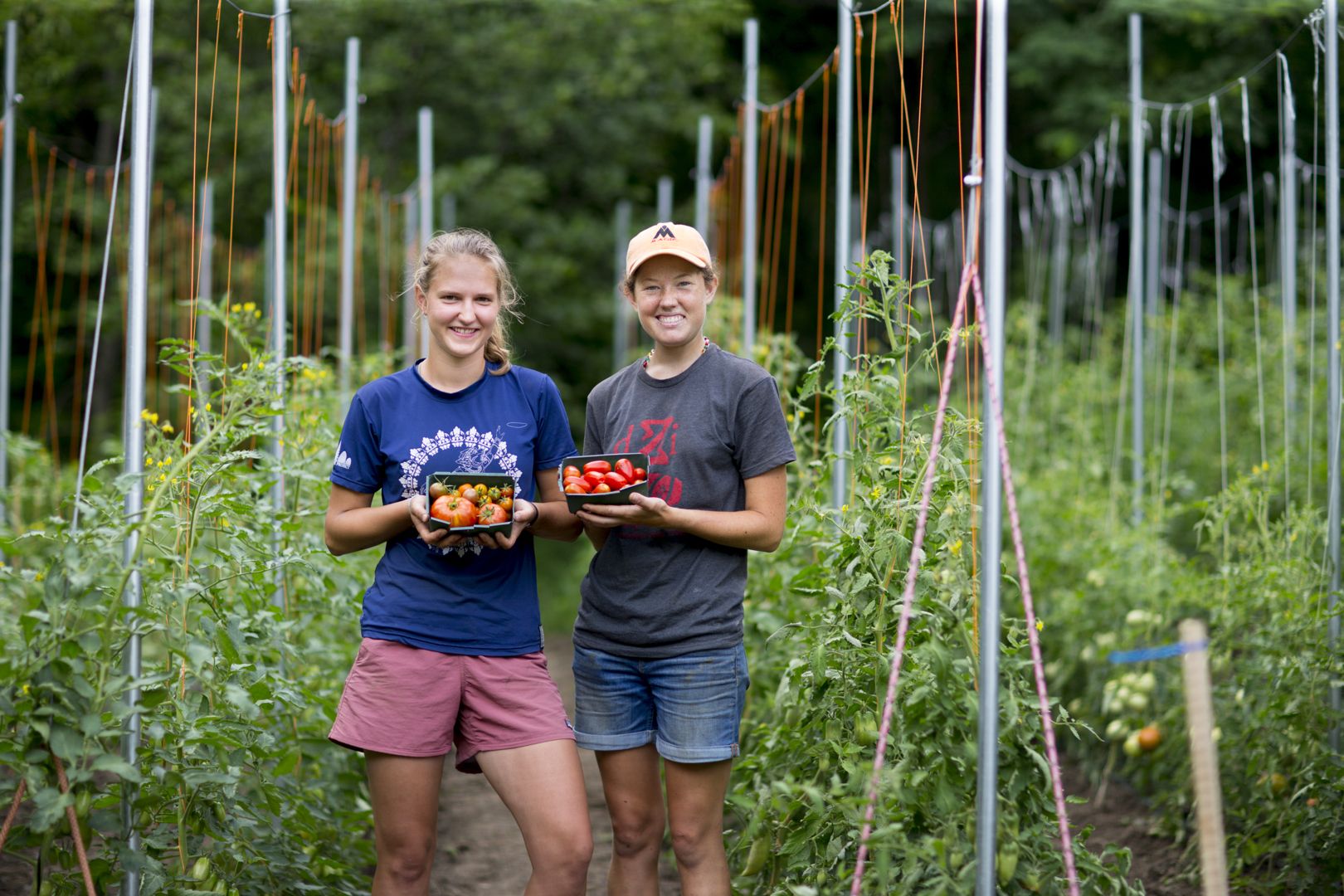 Last July, Josie Gillett ’19 (left) and Katharine Gaillard ’19 pose among some of their 180 tomato plants in the Plot, the college garden near campus. (Phyllis Graber Jensen/Bates College)

That combination of support for newbies and pursuit of excellence “is surreal. It really is,” Maddie Sirois ‘21 of Maplewood, N.J. “I wasn’t originally going to try out but everyone gathered behind me and really encouraged me to do it. And it’s been great.”

“She’s a total role model for everyone on this team.”

Of course, Gillett and Cold Front aren’t doing it alone. The team has two part-time coaches, and its co-founder, Lynne Lewis, Elmer Campbell Professor of Economics, serves as the team’s faculty adviser.

Gillett is humble about her own talent and leadership. But when it comes to teaching the sport, she takes charge. And there’s one word that seems to describe Gillett best: patient.

“Something I’ve learned as a returning player is the patience that’s needed to teach these fundamentals of the sport,” says Anna Helms ’20 of Larchmont, N.Y.

“It’s really made me respect her a lot. She’s a total role model for everyone on this team.”

Picture story: The women of Cold Front, a ‘strong force from the North’