A Congressman challenging an expert during a committee hearing? Not unusual.

The fact that both are Bates alumni? Very unusual, if not unique.

The Bates moment unfolded Monday during the House Judiciary Committee’s hearing on Robert Mueller’s report on Russian interference in the 2016 presidential election and its connections to President Trump’s campaign.

The committee, whose members include newly elected Congressman Ben Cline ’94, R-Va., invited testimony from a number of legal experts, including Joyce White Vance ’82, former federal prosecutor and current law professor at the University of Alabama.

About 2 hours and 20 minutes into the four-plus-hour hearing, Cline addresses his questions to Vance. Their exchange follows familiar themes, including whether Mueller’s various findings rise to the legal definition of conspiracy, the distinction between collusion and conspiracy, and whether it is even the special counsel’s job to exonerate, or not, the president.

Here’s the transcript, edited for clarity:

Cline: “On Nov. 30, 2018, you tweeted, ‘At some point, all the times he said, “No collusion” are going to come back to haunt this president.’ Do you still believe that there was collusion?”

Vance: “So, it’s important to note, as Mueller does…” 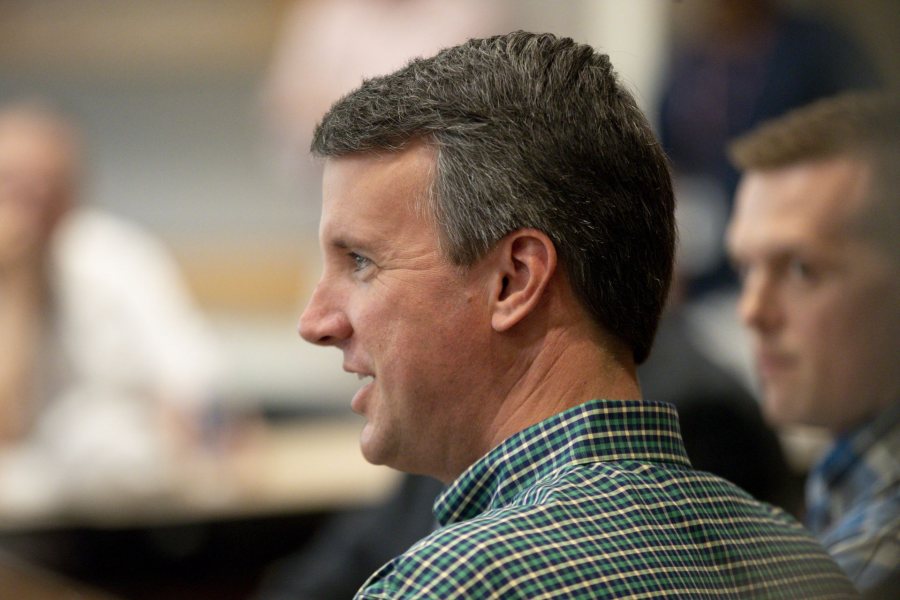 Vance: “There’s a difference between collusion and conspiracy…”

Cline: “OK, do you believe there was a conspiracy?”

Vance: “Mueller finds he has insufficient evidence to charge a conspiracy, but he also notes that much evidence was kept from him, that people took the Fifth Amendment, people lied to him, people destroyed evidence on applications like WhatsApp.”

Vance: “He notes that if he had have the opportunity to get that evidence, he might have been able to view the situation differently.”

Cline: “As a former prosecutor, do you believe that it’s the job of a prosecutor to exonerate the potential defendant?” 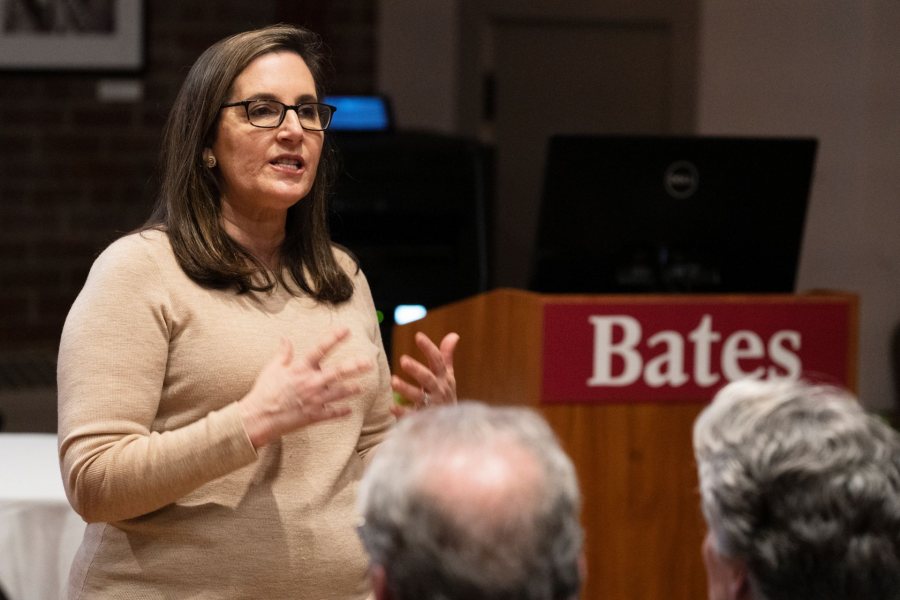 The Mueller investigation is a test of the rule of law, said Joyce White Vance ’82 during a public talk last March at Bates. (Theophil Syslo/Bates College)

Vance: “In a typical case, where I’m looking at indicting a bank robber or a drug case, I would agree that it’s not my job.”

Vance: “Again, I think that there’s an enormous difference between collusion and conspiracy. There’s evidence of a lot of contact, a lot of welcoming with open arms by this president, cooperation, and help on the campaign from Russia.

“So the American people should read volume one of the report and draw their own conclusions about what that gap is between collusion and Mueller not having sufficient evidence to charge a conspiracy.”