Rwanda — and one high school in particular — has been an integral part of Gwendolyn Whidden’s education. Thanks to a $10,000 Davis Projects for Peace grant, the recently graduated senior will return to the school to help develop a curriculum on critical thinking and debate.

By helping students at the Agahozo-Shalom Youth Village, a high school for orphaned and vulnerable youth in rural Rwanda, to think and speak about the society they want to see, “the project will contribute to cultivating Rwanda’s next generation of peace- and changemakers,” Whidden, a politics major, wrote in her grant proposal.

Twenty-five years after the genocide that devastated the country, one of Rwanda’s central development goals is to strengthen open dialogue and critical thinking, particularly among the country’s youth. 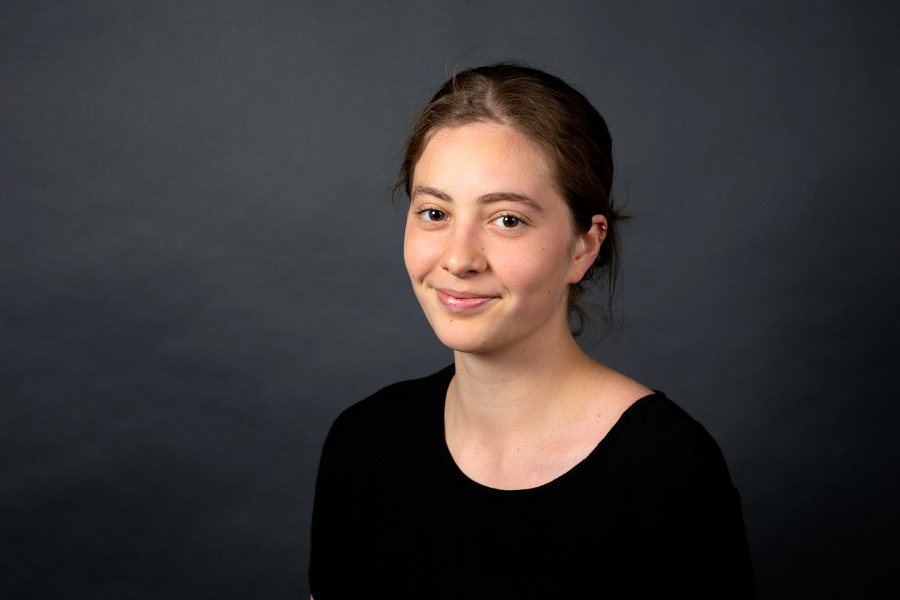 Gwendolyn Whidden ’19 of New York City, a politics major, won a Davis Projects for Peace grant to develop a debate curriculum at a high school in Rwanda. She also received a Fulbright English Teaching Assistant award for Morocco, where she will go in the fall. (Theophil Syslo/Bates College)

To that end, Whidden, a veteran of Bates’ Brooks Quimby Debate Council, and staff in the Village’s career center will develop a debate curriculum, culminating in a weeklong camp. The curriculum will address the triple goals of critical thinking, public speaking, and English language learning.

“The goal of developing this curriculum is to give students the skills to think and question for themselves, rather than having some white Western individual coming in and trying to challenge certain ideas or status quos,” Whidden said in a recent interview. “It’s not for me to come in and question those things for them but to give them the tools to start asking those questions for themselves.”

Whidden, of New York City, first traveled to Rwanda during Short Term in 2015, as part of a documentary filmmaking course looking at post-genocide reconstruction, taught by Professor of French and Francophone Studies Alexandre Dauge-Roth. Back on campus, she completed a semester-long research project on post-conflict development in Rwanda.

With funding from the Bates Purposeful Work internship program, she returned to the country in  summer 2017 as an intern for the Village. She worked in the school’s career center, taught an accelerated English course, and created a peer-mentoring program.

“I had a really incredible experience working there,” Whidden said. “I became really close with my students — especially with my debaters, who were remarkable — and I built a strong relationship with my supervisor and with the director of the Village.”

After her eight weeks at the Village this year, Whidden will move to Morocco on a Fulbright English Teaching Assistant award. In the meantime, she’s grateful for the chance to return to the school.

“It’s a complete privilege and remarkable opportunity to give back to and continue to work with an organization that was really formative in my personal and professional development,” she said.