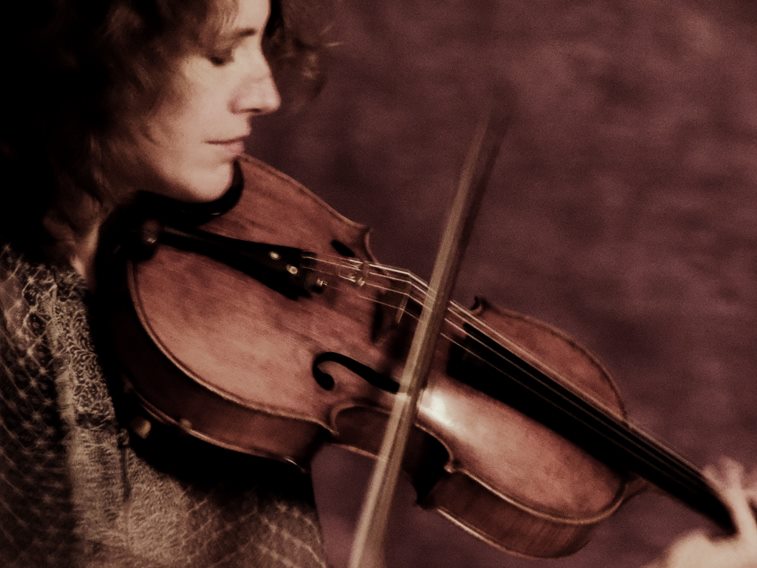 Stephanie Griffin, a violist and a founder of the Momenta Quartet, performs at Bates on Nov. 19 and 20. (Rogelio Nobara)

This is a listing of public events at the college during November 2019.

The public is invited to these events. Except as noted, admission is free.

Taking place while Bates is in session. Please confirm before you go. 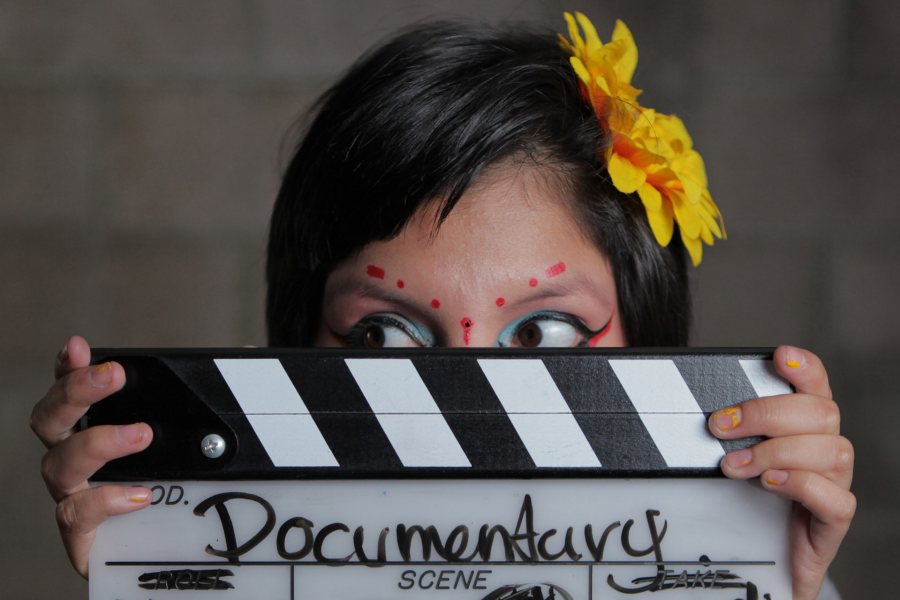 The award-winning documentary Inocente is presented in partnership with New Beginnings.

5pm | Ralph Eugene Meatyard: Panel discussion. Stuart Horodner, Janie Welker and John Yau discuss the Museum of Art exhibition Ralph Eugene Meatyard: Stages for Being and offer a historical perspective of Meatyard’s photographs, his influence on contemporary artists and how the exhibit relates to writing and philosophy. Moderated by Dan Mills, museum director. A reception follows the panel at 6:30pm in the museum. FMI museum@bates.edu or 207-786-6158.
Olin 104

7pm | Inocente: 2013 Academy Award winner for Best Documentary (Short Subject), this is the inspiring story of a 15-year-old girl who, though homeless and undocumented, refuses to give up her dream of being an artist. Presented in partnership with New Beginnings. FMI contact Darby Ray at dray3@bates.edu or 207-786-8241.
Benjamin Mays Center

1pm | Tournées Festival: Makala. The French-language film series continues with French documentarian Emmanuel Gras’ vivid portrayal of the charcoal industry in the Democratic Republic of the Congo, shown from the perspective of salesman Kabwita Kasongo. Kasongo goes through the entire process of making his charcoal, from felling trees near his village to carrying his final product to a city, several days away, where he hopes to sell it. Gras shows the Congo’s beautiful landscape side by side with its rapidly shifting economy. (2018, 96 min.) Co-sponsored by the Lewiston Public Library. FMI lballadu@bates.edu.
Lewiston Public Library, 200 Lisbon St.

3pm | ’Cats Carnival: Bates Athletics hosts a fall-themed family celebration prior to the Bobcats’ first-ever night football game, against Bowdoin (see below). Hosted by Bates student-athletes, the carnival features games for kids of all ages, as well as music, food, photos with the Bobcat mascot, and entertainment for the whole family. FMI pcooke@bates.edu.
Central Avenue at Bates 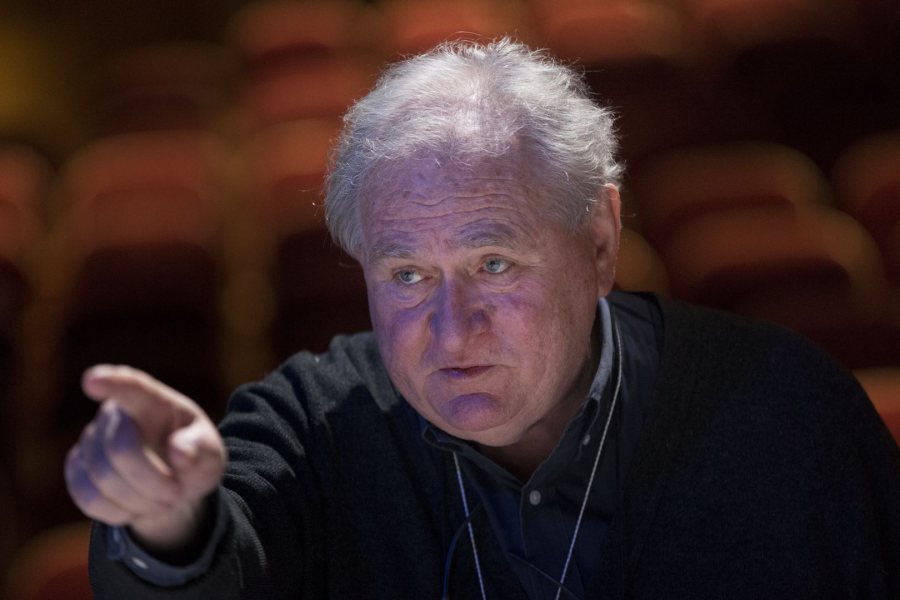 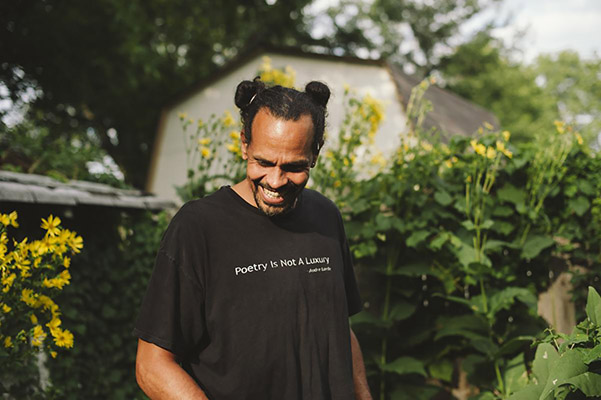 7:30pm | Delight, Gratitude, Joy: Entangle Me. Ross Gay gives the 2019 Otis Lecture. Gay is a food-justice advocate and the author of three books of poetry, including Catalog of Unabashed Gratitude, winner of the 2015 National Book Critics Circle Award. His essay collection, The Book of Delights, was released by Algonquin in 2019. The Otis Lecture is made possible by the Philip J. Otis ’95 Endowment. Free but tickets required: Eventbrite.com. FMI chopkins@bates.edu.
Olin Concert Hall

4pm | Bates Film Festival: Largely produced by students in the course “Film Festival Studies,” taught by Jonathan Cavallero, festival programming begins with a Bates-centric look at film: a 4 p.m. screening of shorts by Bates people, a 4:45 p.m. discussion of film study at the college, and a 7 p.m. screening of Chasing Portraits, Elizabeth Rynecki ’19’s documentary of her quest to find the lost art of her grandfather, who was killed during the Holocaust. Rynecki will attend the screening and take questions.  FMI bit.ly/bates-film-fest19.
Olin 104 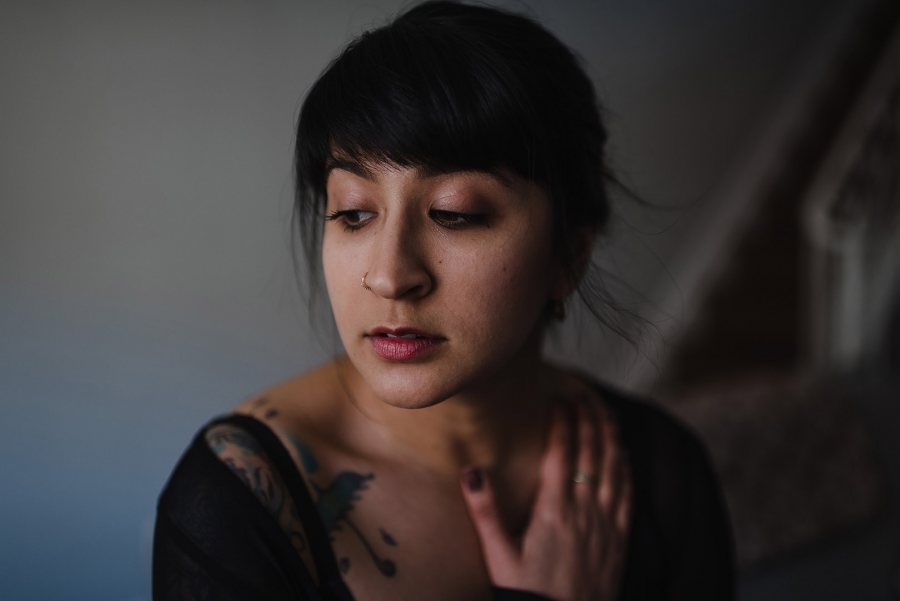 Poet Raena Shirali reads from her work on Nov. 7.

1pm | Bates Film Festival: The virtual-reality screening of A Shared Space—Lewiston entails an immersive 360-degree view that follows two individuals who immigrated from a refugee camp in eastern Kenya to Lewiston. FMI bit.ly/bates-film-fest19.
Chase B18

4pm | Bates Film Festival: A screening of four documentary shorts, including the local premiere of David Shaye and Jacob Roberts’ Lewiston, which examines relations between varied ethnic and racial groups in the city. FMI bit.ly/bates-film-fest19.
Olin 104

6:30pm | Literary Arts Live: Raena Shirali, poet. A reading by the esteemed Indian American poet, author of the award-winning book Gilt and assistant professor of English at Holy Family University in Philadelphia. Shirali’s work grapples with the standards created by family, relationships and identity. Sponsored by the English department and co-sponsored by the programs in American studies and in gender and sexuality studies. FMI 207-753-6963.
Muskie Archives 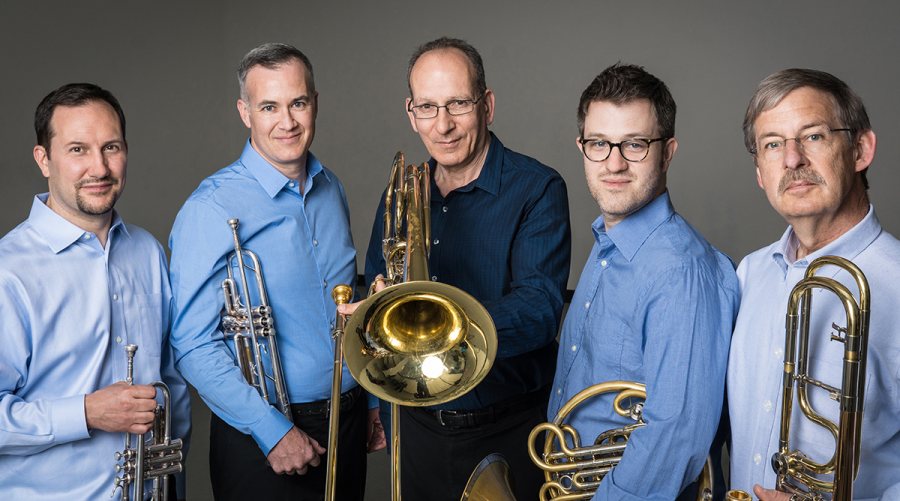 The American Brass Quintet plays at Bates on Nov. 8.

10am | Bates Film Festival: “Borders and Boundaries” is the theme for the first of two full days of festival programming. Screenings: the documentaries The Feeling of Being Watched (10am), which follows  journalist Assia Bendaoui’s investigation into rumors of surveillance in her Arab-American neighborhood, and Midnight Traveler (1:30pm), the story of director Hassan Fazili’s dangerous journey to seek asylum after being targeted by the Taliban. Also: Woman at War (5:15pm), which tells of an Icelandic activist’s attempt to adopt a child from the Ukraine, and Ms. Purple (7:30pm), the award-winning exploration of two siblings’ reconciliation as their father’s health rapidly declines. A “Borders and Boundaries” panel takes place at 4pm. FMI bit.ly/bates-film-fest19.
Olin 104

10am | Bates Film Festival: Ranging across genres and themes, screenings include the autobiographical drama Farming (10am), starring Kate Beckinsale and Gugu Mbatha-Raw, and the documentary Changing the Game (5pm). The latter screening features Sarah Rose Huckman, one of the teenage transgender athletes who appeared in the film. Also: a block of narrative and animated shorts (1:30pm) and a panel discussion on representing difference (3:45pm). FMI bit.ly/bates-film-fest19
Olin 104 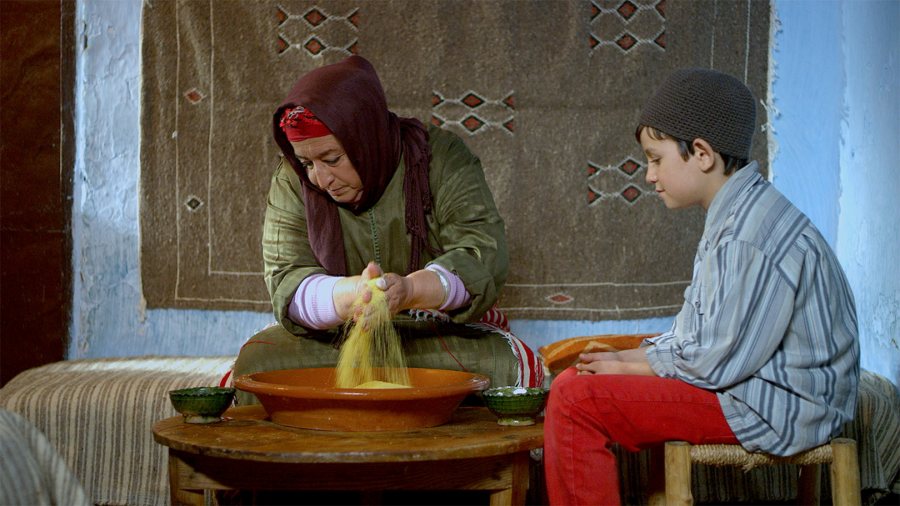 5:30pm | Tournées Festival and Bates Film Festival: Tazzeka. In the Moroccan village of Tazzeka, chef Elias dreams of cooking fine dishes in Paris. When he gets the chance he’s been waiting for, he finds that the gastronomy capital of the world is far different and more dangerous than he expected. (2018, 95 min.) The screening will be accompanied by a buffet of Moroccan and Parisian food. FMI lballadu@bates.edu or bit.ly/bates-film-fest19.
Muskie Archives 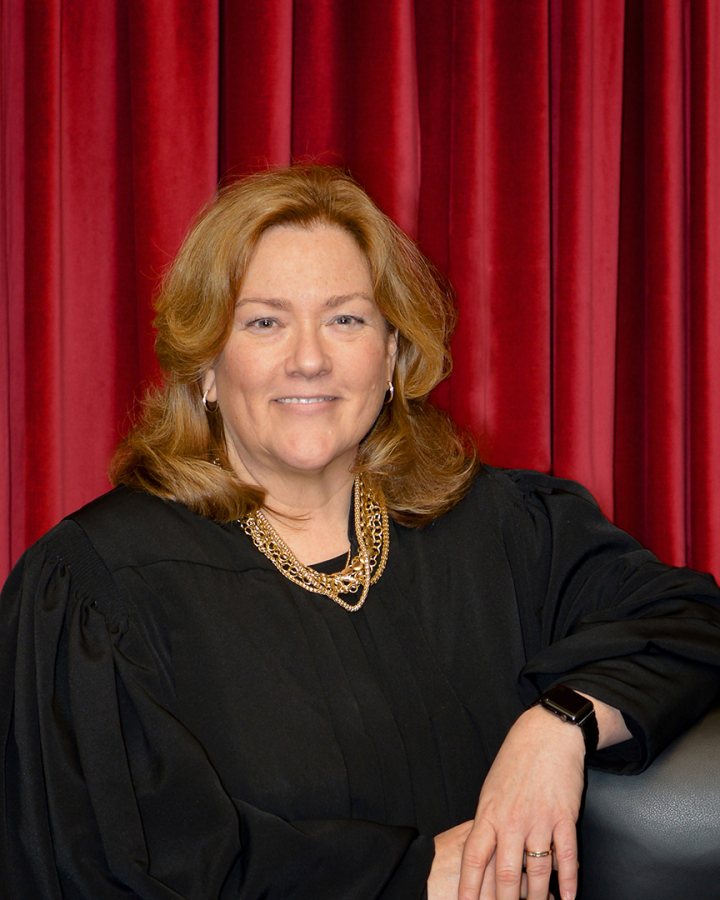 7pm | Assuring Stability of Access to Justice in a Rapidly Changing World: The Harward Center’s Theory into Practice Series presents Leigh Saufley, chief justice of the Maine Supreme Judicial Court. Saufley, sworn in as Maine’s first female chief justice in 2011, is a vigorous advocate for the judicial system and has received numerous honors, including the International Women’s Forum’s “Woman Who Makes a Difference” award. FMI 207-786-8283.
Muskie Archives 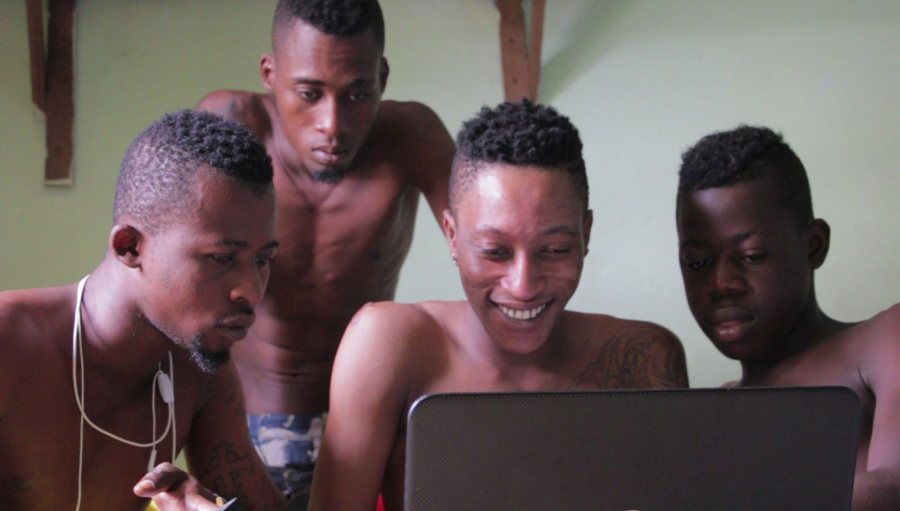 7pm | Tournées Festival: Vivre Riche. Joël Akafou’s documentary follows a group of scammers in Abidjan who lure Europeans into online relationships in order to make money from them. While their elders disapprove and instead encourage them to pursue religion, the young men justify their motives as a way of collecting European debt to former colonies. Akafou’s film raises interesting questions about the effects of colonization on younger generations in the Ivory Coast. (2017, 54 min.) FMI lballadu@bates.edu.
Olin 104

4pm | Problematic Faves: When Good Artists Do Bad Things. Recent years have brought revelations and reminders that popular artists have committed morally condemnable acts. Erich Hatala Matthes, associate professor of philosophy at Wellesley College, presents his research on what should we do, think and feel in response to immoral acts by popular artists such as Woody Allen, Kevin Spacey and Bill Cosby. FMI pschofie@bates.edu or 207-786-6454.
Hedge 208

3pm | Block Print Workshop: Learn how to use modern printmaking materials with the Bates Museum of Art. Blockprinting is a great way to create images for framing or holiday cards. Ages 8 and up, children under 12 must be accompanied by an adult. Registration: $5 per person. To register and FMI, please contact Elizabeth Boyle at eboyle2@bates.edu or 207-786-6417.
Mays Center 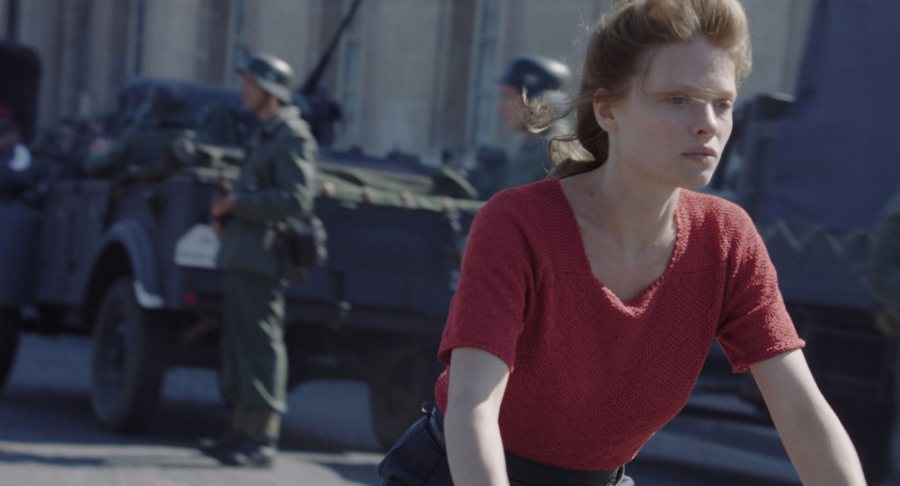 1pm | Tournées Festival: La Douleur (“Memoir of War”). Based on the true story of French writer Marguerite Duras, La Douleur tells of a young woman’s experience during the Nazi occupation of France. Director Emmanuel Finkiel brings Duras’s memoir to life, describing the events in which she desperately tried to bring her husband home from a German concentration camp. (2018, 127 min.) FMI lballadu@bates.edu.
Olin 104

7:30pm | Bates College Orchestra: Carl Bettendorf, a visiting lecturer in music and a New York–based composer and conductor, directs the orchestra this fall. This program includes Mendelssohn’s “Scottish” symphony and Chat Moss by Peter Maxwell Davies, who spent most of his life on the Orkney Islands, off the coast of Scotland. A piece spotlighting the winner of the orchestra’s annual concerto competition completes the program. Free but tickets required: batesconcerts.eventbrite.com. FMI 207-786-6135 or olinarts@bates.edu.
Olin Concert Hall

3pm | Bates College Choir: Northern Star. Giving voice to our longing to grasp the expansiveness of nature and the celestial realm, the choir sings music by Norwegian and Finnish composers Ola Gjeilo, Kim André Arnesen and Jussi Chydenius, as well as by Brahms, Mendelssohn and Schubert. Also: “Stars” by Latvian composer Ēriks Ešenvalds, which uses evocative harmonies and the otherworldly sound of ringing crystal glasses in a setting for Sara Teasdale’s poem about the awe of watching the stars. Directed by Joëlle Morris, and accompanied by pianist Bridget Convey. Free but tickets required: batesconcerts.eventbrite.com. FMI 207-786-6135 or olinarts@bates.edu.
Olin Concert Hall 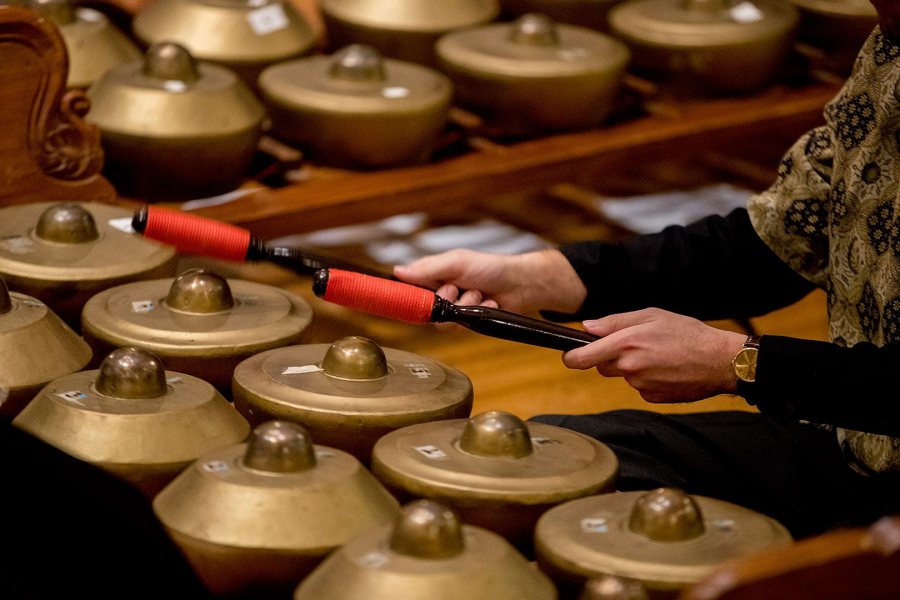 A member of the Gamelan Orchestra playing the “bonang.” (Phyllis Graber Jensen/Bates College) 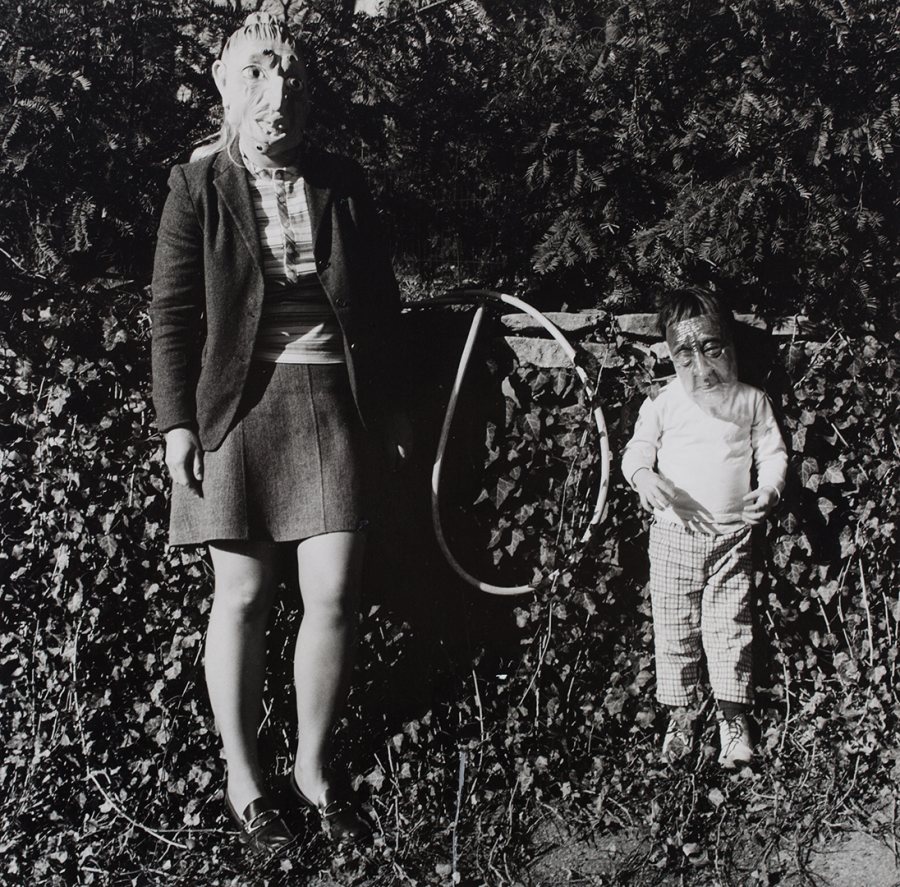 Vanessa German: Miracles and Glory Abound: The familiar painting “Washington Crossing the Delaware” by Emanuel Leutze is the starting point for German’s sculptures. Using her own power-figures to imitate Leutze’s composition, she sparks a conversation about public memory and rewriting history through the lens of privilege.

Ralph Eugene Meatyard: Stages For Being: Bringing concepts from Zen Buddhism and Surrealism to his photography, Meatyard (1925–72) painstakingly staged images in rural Kentucky that, working on multiple levels, are best read like poetry that uses symbolic language to provoke reflection and revelation.