When Sam Findlen-Golden ’20 of Amherst, Mass., first started at Bates, he wanted to try anything and everything that was available to him. “Just because it’s an option,” he says.

Since then, as he’s learned more about what interests him, he’s let go of some pursuits while taking a deeper dive into others — including both mathematics and the performing arts.

A mathematics major and French minor, he’s a member of the a cappella group Crosstones and the music director of the Robinson Players, the student theater company.

For Findlen-Golden, math serves as an organizing principle in his life.  “Math manages to work its way into a lot of places that I didn’t expect,” he says. “It can be math in the perspective of music or through the perspective of history and education, which is a lot of what I’ve done here outside of academics.”

He’s served as a peer tutor in the Mathematics and Statistics Workshop and, through the Harward Center for Community Partnerships, helped to organize volunteer tutors for high school–aged English language learners at Lewiston Public Library.

As he completes his math major, Findlen-Golden has similarly dived deep into biomathematics, learning how best to model the spread of diseases. Along the way, he’s learned how to embrace the more subjective side of his discipline. 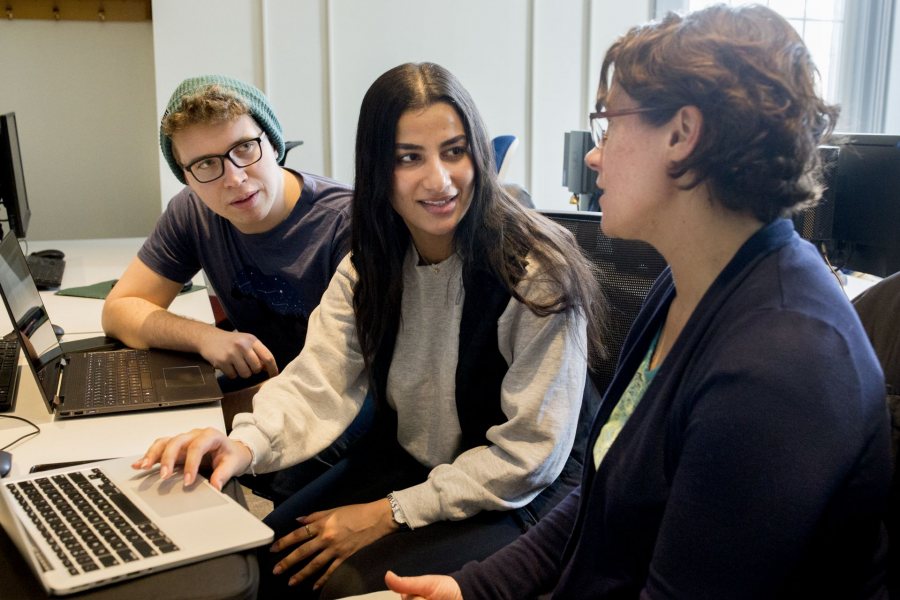 “I’ve always been a very pure mathematician: I like working with straight numbers,” he explains. In the past, “whenever it gets into interpretability, like modeling complex behaviors or patterns in nature, I’ve always been a little intimidated because as much as I enjoy being creative, I also like things that have objective truth to them. There’s a bit of a simplicity in that.”

Yet once again, math has shown him a path, and he’s discovering new satisfaction as he’s explored biomathematics in his senior year, including epidemiology and disease spread.

“It’s shown me that there can be this beautiful blend of interpretability and subjectivity to something that is very objective. You have this objective language to describe subjective opinions and subjective patterns that can be modeled, interpreted in various ways.”