The day he flew out of Ghana, his semester abroad suddenly cut short by the coronavirus pandemic, Samuel Mironko ’21 kept his promise to take pictures of a Ghanaian musician, Kofi Mole. 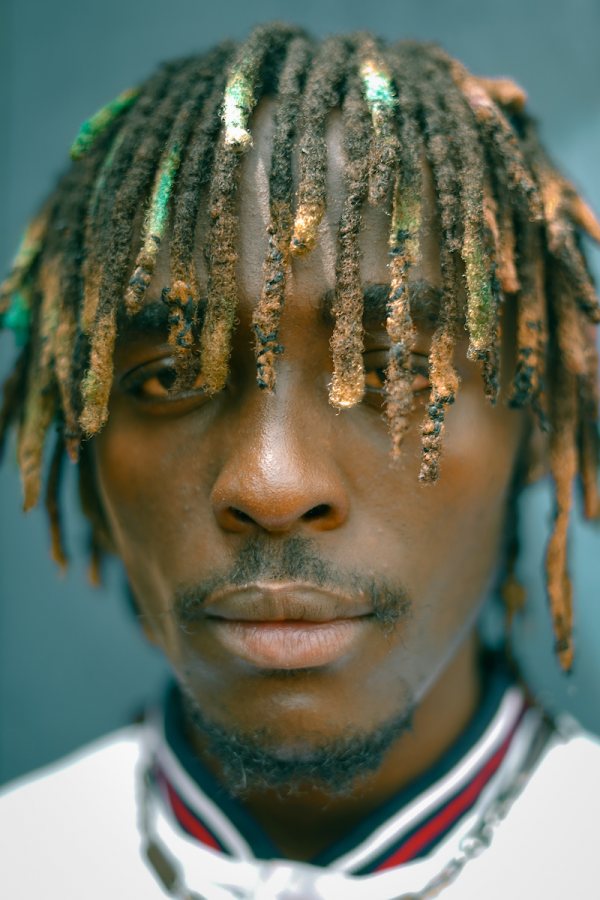 Mironko took this portrait of Kofi Mole, an up-and-coming rapper, at the artist’s studio in Accra on March 20, the day Mironko left Ghana due to the coronavirus pandemic. (Samuel Mironko ’21)

Mironko was one of several Bates students to study abroad in the West African country this semester, taking classes at the University of Ghana, in the capital, Accra. He hoped to capture as much of his experience as he could in photographs.

Over the course of his time at Bates, photography has become central to how Mironko sees the world. He is a student photographer for the Bates Communications Office as well as a freelancer for other organizations, and he balances this photojournalistic flair with artistic photographs. 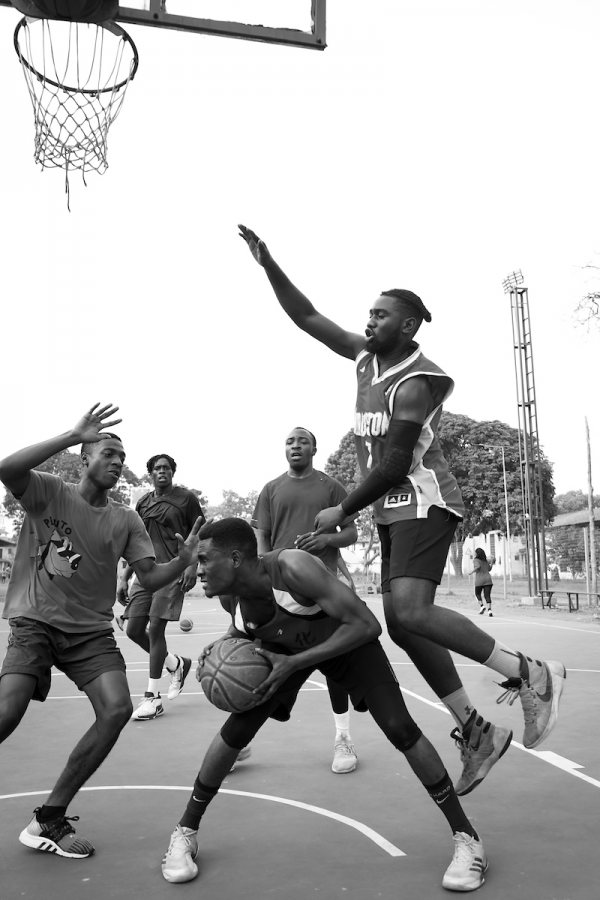 In Ghana, he knew he wanted his work to be in service of the people he photographed.

“I wanted to be able to capture things from an African perspective, not like a tourist who’s objectifying what I was doing,” he says. “I was trying to be cognizant of that and respectful of the spaces I was in.”

At first, Mironko didn’t feel comfortable taking out his camera. He didn’t really know anyone and didn’t know how people would react to having their picture taken. 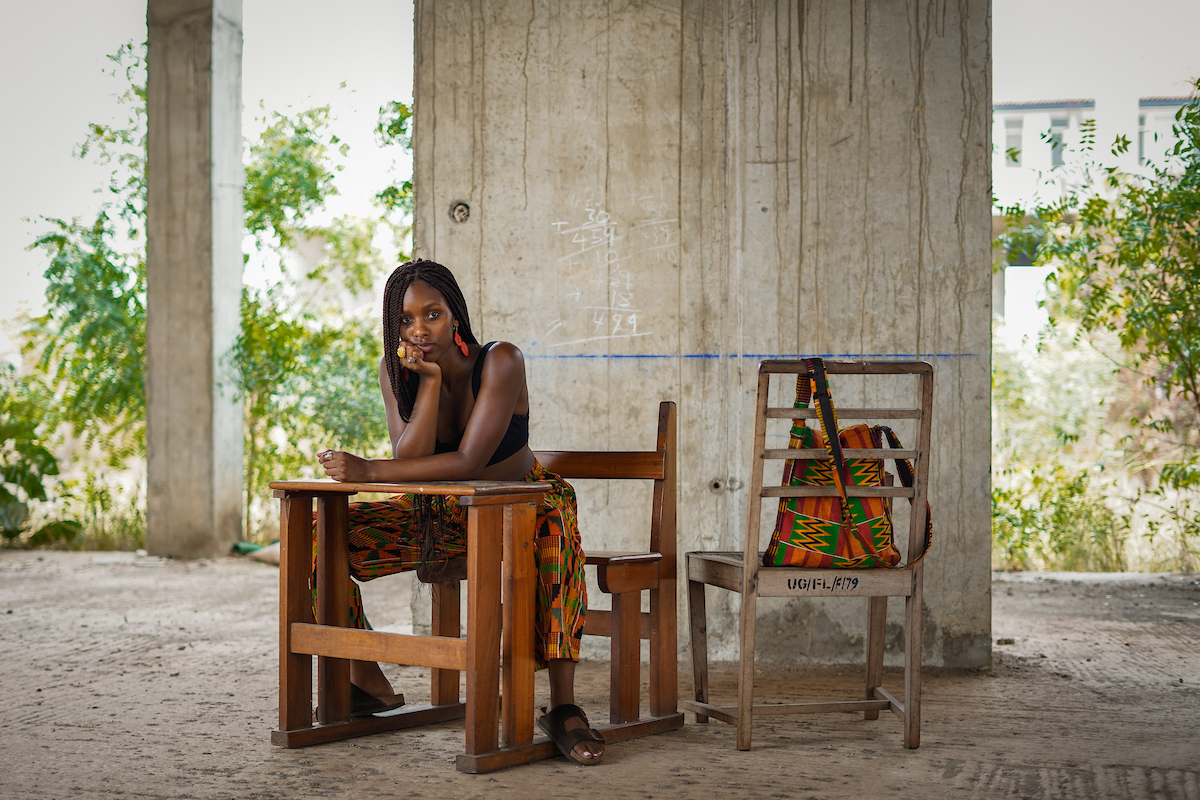 Within the first couple of weeks, that changed.

He met a fellow study-abroad student, Jzov, who was willing to model for him. Then he met a local student, Akaba, who knew Accra well. At Akaba’s suggestion, the three went to a beach to do a photo shoot. 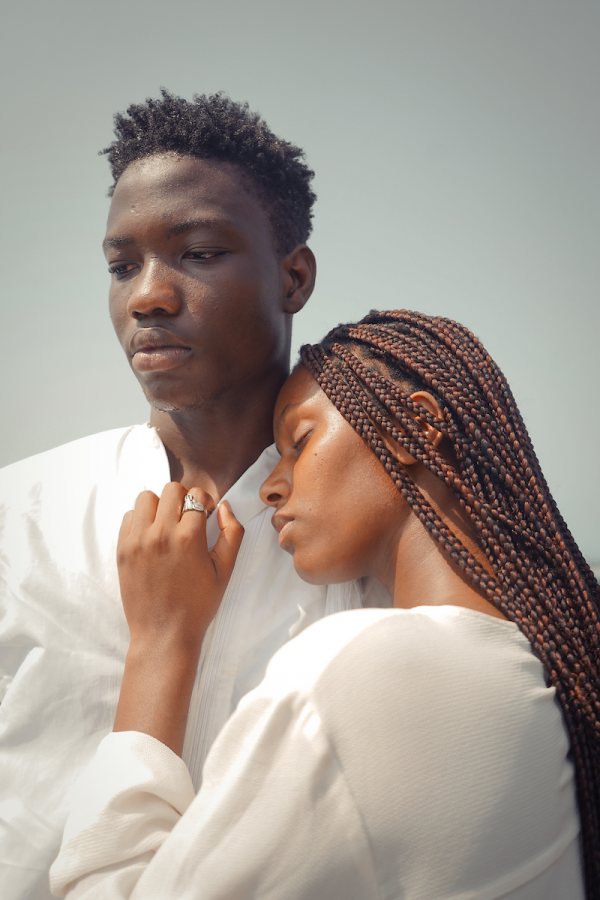 Jzov, Mironko’s American friend (at right), and Akaba, a University of Ghana student, pose at Osu Beach in Accra. Mironko describes the photo with words from Jzov: “This is to find healing in each other.” (Samuel Mironko ’21)

Separately, through entree provided by an American connection, Mironko was able to photograph a church service on Ghana’s Independence Day, capturing intimate moments of faith and national pride.

“We were just curious,” Mironko says of himself and his subjects. “We had no specific goal; we just wanted to be creative. I met people that were so down to just do whatever and enjoy it.” 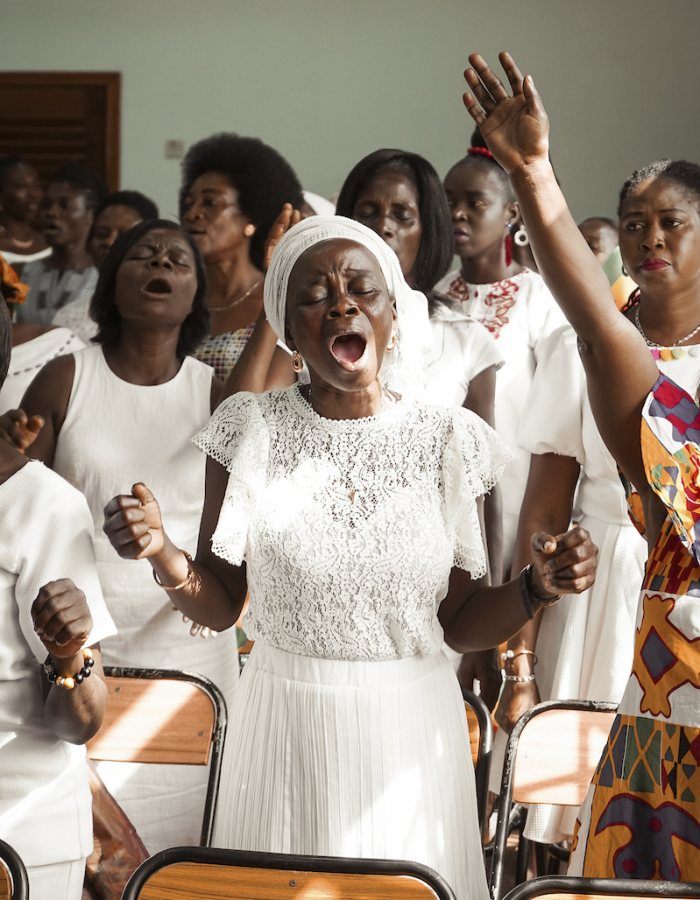 Women worship during an Independence Day celebration at 1000 Women in Prayer for Peace Church in Accra, Ghana, on March 6. (Samuel Mironko ’21)

Using that curiosity and creativity, Mironko made inroads into the Ghanaian music scene. Through a connection with a Bates alumna, Afia Sekyere ’19, he met the manager of Sarkodie, one of Ghana’s biggest rap stars.

A series of fortunate events led to Mironko taking pictures, on stage, of the rapper at one of his concerts. The photos show a crowd thousands strong. 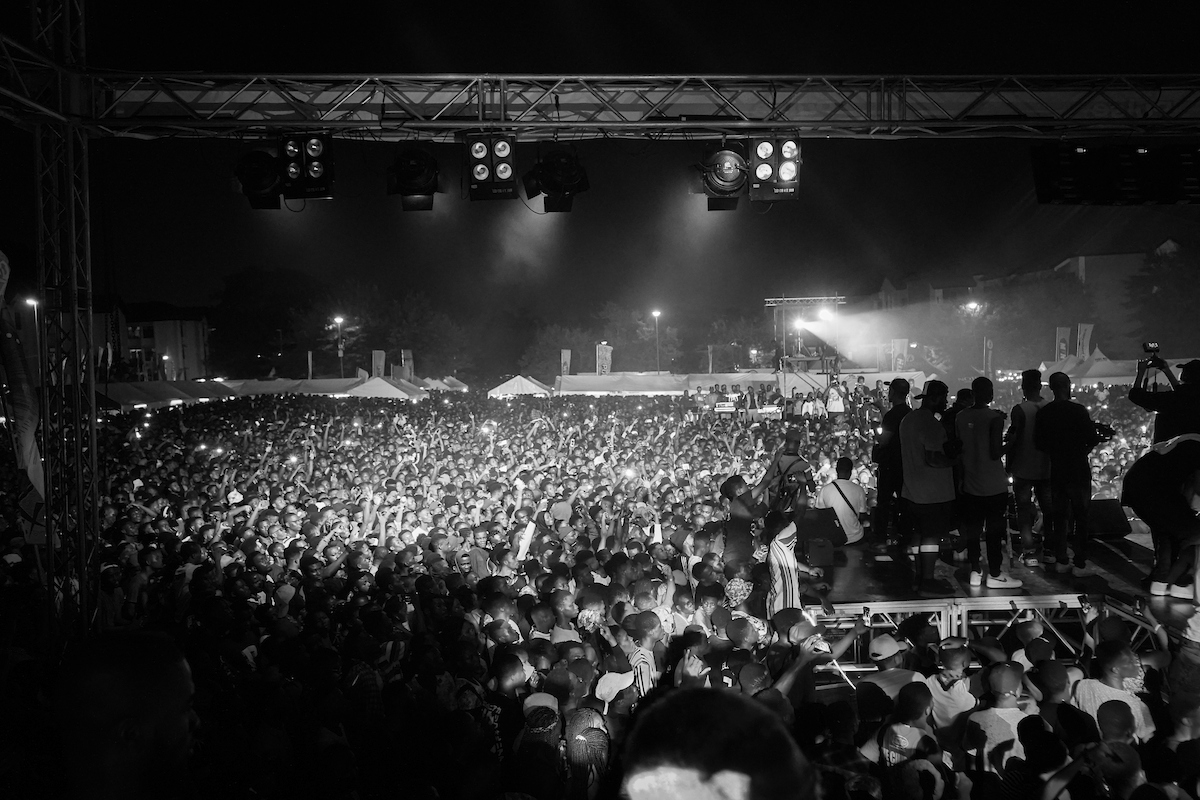 At Sarkodie’s concert on March 1, Mironko captures the size of the thousands-strong crowd. (Samuel Mironko ’21)

Sarkodie liked the pictures and asked Mironko to do a formal photo shoot. “His manager was mentioning a summer tour, and I said, ‘Yo, let me come with you,’” Mironko says.

“He said, ‘You really want to? We can make that happen.’” 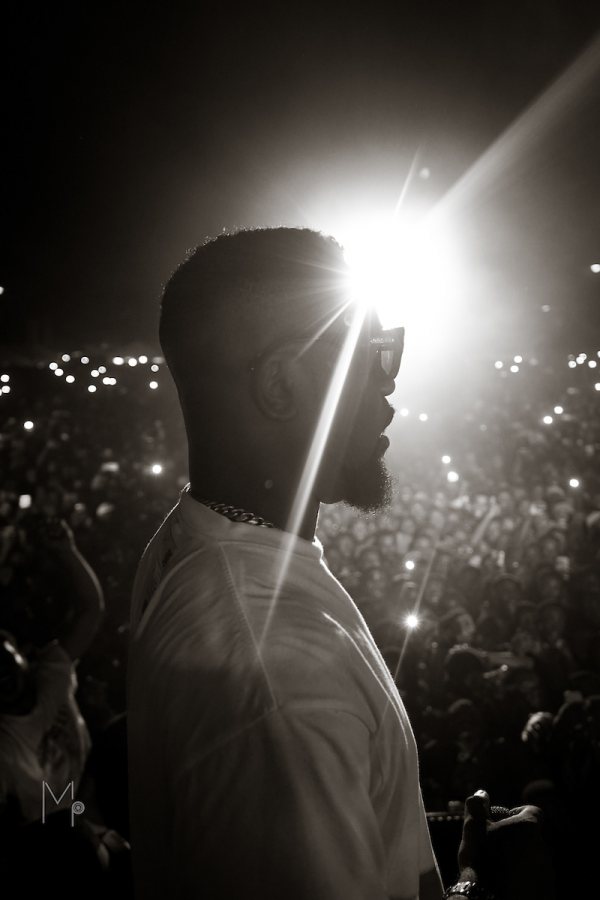 Ghanaian rapper Sarkodie performs at the University of Ghana on March 1. Having been introduced to the artist and his management team, Mironko was invited onstage to take pictures. (Samuel Mironko ’21)

Mironko was set to accompany Sarkodie on tour in the United Kingdom and Ghana this summer when, of course, the coronavirus pandemic hit. The study-abroad program was cut short by two months, and the tour — and Mironko’s new summer job — were canceled.

He was able to squeeze in that one last photo shoot with Kofi Mole before he flew out. 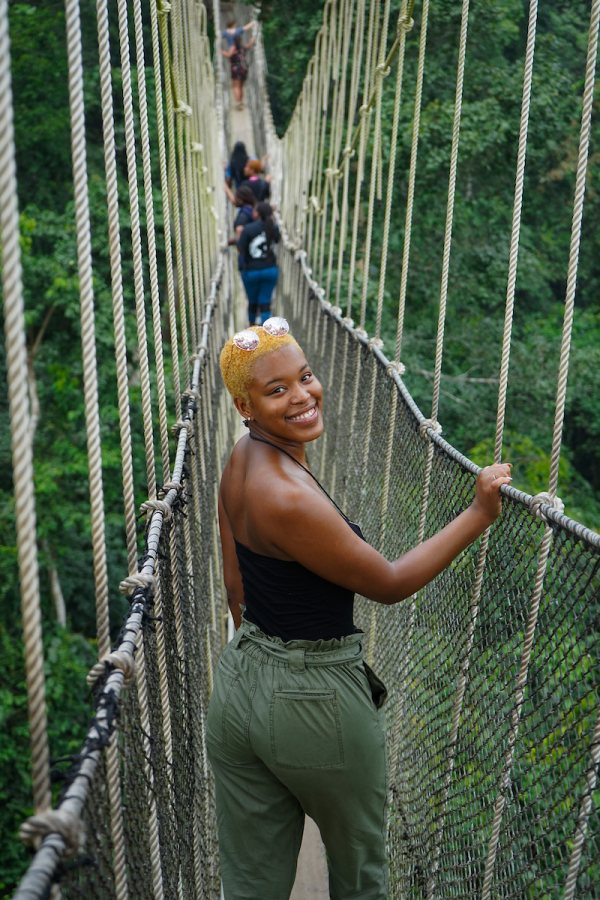 Tiauna Walker ’21 of Millbury, Mass., one of several Bates students to study in Ghana this semester, does the famous canopy walk in Kakum National Park on Feb. 17. (Samuel Mironko ’21)

Mironko knew the end of the program was necessary. Still, he and his friends “had all these things we wanted to do,” he says.

“It was a wave of emotions and saying goodbye to friends we’ve made. It was the process we had planned for at the end of May, not in the middle of our experience.” 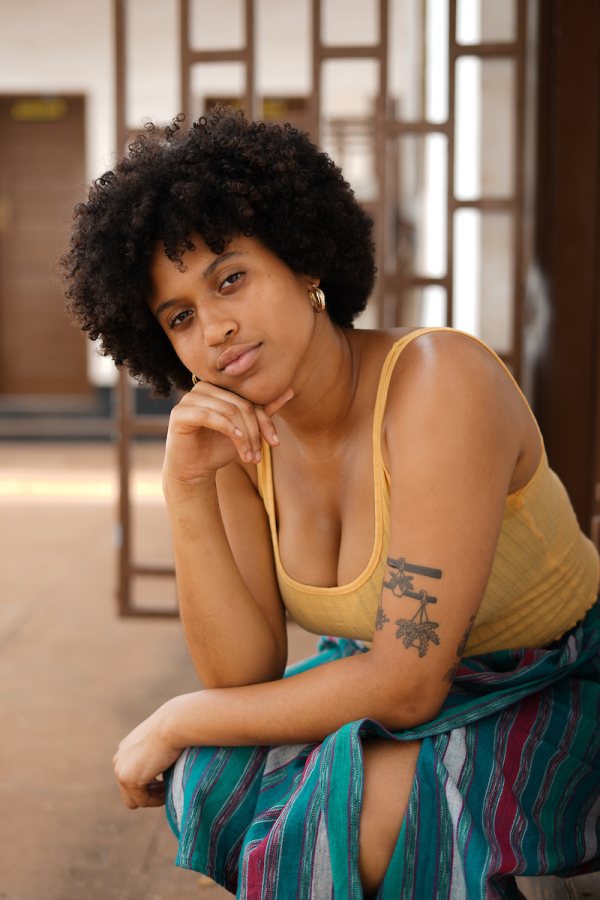 Mironko’s friend Trinity, an American student from North Carolina, poses at the University of Ghana on March 3. “We were just trying to be creative that day,” Mironko says. (Samuel Mironko ’21)

Back at home, Mironko is finishing up his courses remotely, figuring out different summer plans, and editing the photos he took in Ghana. He thinks the relationships he built with the help of his camera will last.

“I was definitely able to experience studying abroad in a different way,” he says. “I was able to build relationships with other students, with Ghanaians, with musicians, that I don’t think would have been possible if I hadn’t been pursuing photography.” 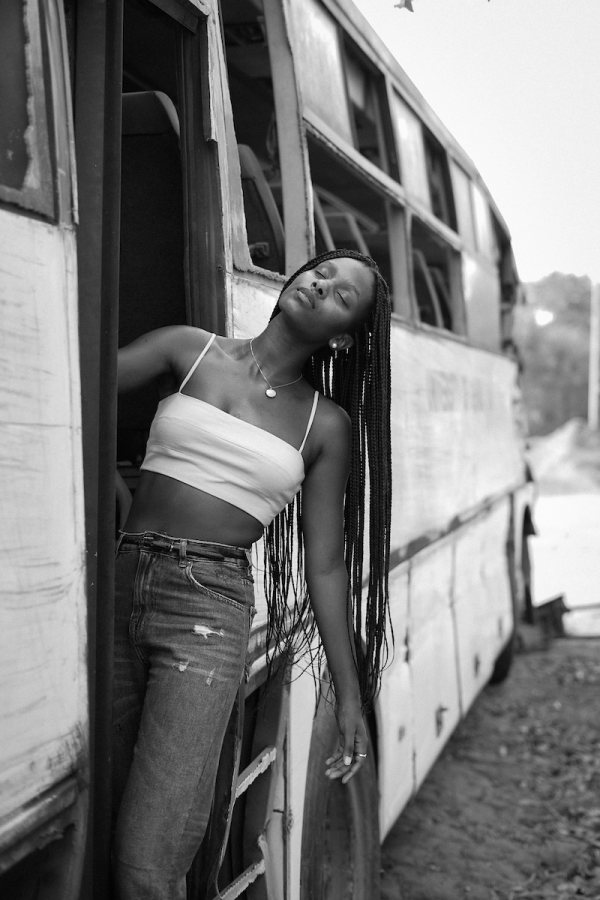 On the same day as the photo of Trinity, Jzov poses on an abandoned bus on the University of Ghana campus. (Samuel Mironko ’21)