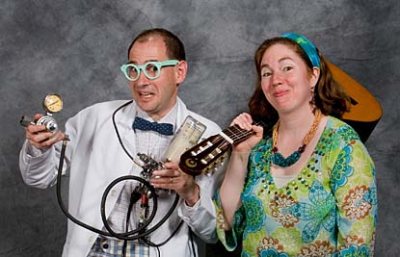 The 2008 Bates College Midsummer Lakeside Concert Series continues with a performance by family entertainer Mary Kaye and her sidekick, Professor Von Wienerschnitzel, at 6 p.m. Thursday, July 24, in the Florence Keigwin Amphitheater at the college’s Lake Andrews.

All Lakeside concerts start at 6 p.m. on consecutive Thursdays in July and August. Sponsored by the Harward Center for Community Partnerships at Bates and the Bingham Betterment Fund, the concerts are open to the public at no cost. Bring a picnic supper and blankets or lawn chairs.

The rain site is the Olin Arts Center Concert Hall, 75 Russell St., adjacent to the amphitheater. For more information, call 207-786-6400.

A Maine-based singer-songwriter, Mary Kaye has combined extensive experience in music, theater and education to win critical acclaim as a performer for children.  Her work has won national awards including the Listen-Up Award from Publishers Weekly, and has been reviewed in publications including Parenting Magazine, Booklist and the Midwest Book Review.

Kaye “offers a respite from standard kids’ music with lovely, warbly vocals that recall Natalie Merchant,” Parenting wrote in 2006. “Her songs, at once silly and melodious, provide an insider look at kid culture.”

Kaye’s Bates show will feature juggling, magic and other antics by comic cohort Professor Von Wienerschnitzel, played by David Kaye. He teaches acting, directing and playwriting at the University of New Hampshire. His play Can’t Get There was aired on PBS and his experimental comedy And God Said . . . was a Top 10 pick at the Montreal Fringe Festival. The couple has performed extensively for young audiences.

July 31 Slattery and Stewart: Fiddler Andy Stewart and Mary Jo Slattery, a singer and multi-instrumentalist, represent roots traditions including the exuberant soulful two-steps and waltzes of Cajun Louisiana, the upbeat fiddle tunes of French Canada and New England, and the occasional mountain ballad. They have performed all over the eastern United States, as well as Canada and Mexico. 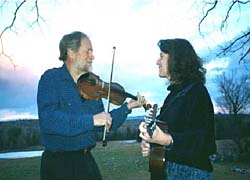 Recognized by Louisiana’s Cajun French Music Association for the authenticity of their style and repertoire, these two versatile musicians also play with the Cajun band the Offshore Aces and with the contradance band Northern Spy, included in the Smithsonian Folkways CD on New Hampshire social dancing titled Choose Your Partner! 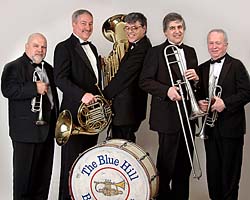 With a repertoire covering five centuries, the quintet is known both for musical excellence and family-pleasing entertainment.