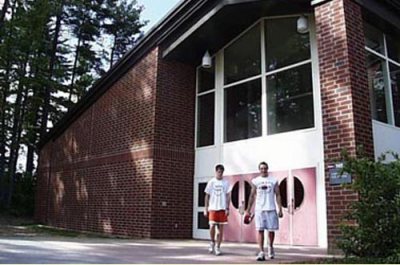 The training exercise scenario will be based on a mock ammonia release. Underhill, which houses a skating rink, stores approximately 700 pounds of ammonia for use in making ice.

Underhill and sections of the adjacent parking lot will be closed during the exercise. Merrill Gym and the track will still be available for use.

The exercise will provide training in responses of fire, police, Cobra Team (a combined HazMat and evidence collection team), Lewiston Public Works, the 911 Communications Center and Bates. It will be the first large-scale field exercise ever conducted by the city of Lewiston.

This training will allow Bates’ Security and Campus Safety office to test the outdoor emergency notification speakers located around campus. A brief test message will be sent through the speakers during the exercise.

No roads will be closed and no businesses will be affected by the exercise, but the public can expect to see 75 to 100 public safety personnel working around Underhill Arena, some in hazardous materials suits.

Funding for the event was provided through a federal Homeland Security Grant.