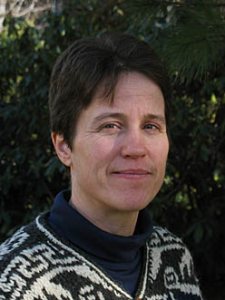 “Many lakes in Maine are clear and have relatively small amounts of nutrients coming in from outside,” says Holly Ewing, assistant professor of environmental studies at Bates College.

“Those of us who like to live on clear lakes, take drinking water from them and use them for recreation want to see them remain clear,” Ewing says. But a process called lake eutrophication is spoiling clearwater lakes in Maine and elsewhere as higher levels of nutrients encourage blooms of algae and bacteria, many of which form scums or mats on lakes.

When these organisms die and decompose, their decomposition can use up the oxygen in the water — bad news for fish and other organisms that need oxygen.

Now, thanks to National Science Foundation funding awarded this fall, Ewing and a team of collaborators are investigating lake eutrophication and especially the role of a particular cyanobacterium. In September, the NSF awarded Ewing $367,046 over three years to research Gloeotrichia echinulata, nicknamed Gloeo. This cyanobacterium, Ewing and her collaborators hypothesize, could help make nutrients more available for other undesirable organisms in eutrophying lakes.

The text continues after the video!

The research involves observational and experimental work at lakes in Maine and New Hampshire, notably the latter’s Lake Sunapee. Ewing is collaborating with ecologists Kathryn Cottingham of Dartmouth College and Kathleen Weathers of the Cary Institute of Ecosystem Studies in Millbrook, N.Y. Each institution has a separate but linked grant, with the three totaling nearly $1 million.

“Students are involved as research assistants during the school year and in the summer, and several are completing theses on projects related to our big study.” 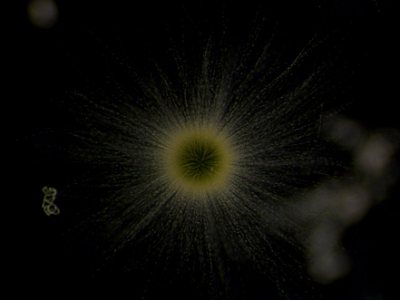 Known for its large size and spherical structure, Gloeo is a nuisance cyanobacterium commonly found in lakes where high levels of nutrients occur naturally. Yet during the past 30 years, it has bloomed in formerly pristine bodies of water and in some of these, it appears that Gloeo may have become more common.

Human activity, such as deforestation, agriculture and residential development in the watershed and particularly along lake shores, is a prime cause of elevated nutrient levels in water. The researchers want to know if the cyanobacterium’s ability to free up nutrients from its environment — nitrogen from the atmosphere and phosphorous from lake-bottom sediment — also plays a significant role in the early phases of lake eutrophication.

Gloeo blooms have been reported in at least 20 low-nutrient lakes across northern New England during the past decade. Most of these lakes are important for recreation, and at least two are major sources of drinking water.

Funded by the American Recovery and Reinvestment Act, the NSF grant will fund a host of research operations. “We’ll be making field measurements, collecting samples to analyze for their chemical and biological constituents, completing experiments, collecting sediment cores to look at changes over time and modeling the dynamics of these systems,” Ewing says.