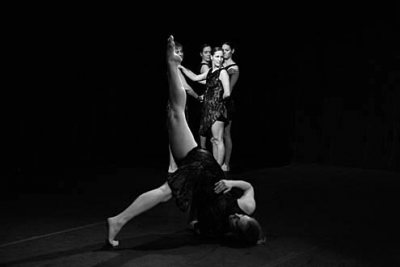 Admission for the performance, titled “Home & Away III,” is free. For more information, contact this cdilley@bates.edu. Additionally, there will be an open modern dance class in Plavin Studios at noon with Jody Weber.

This is the third exchange between Jody Weber of Bridgewater State College and Dilley, director of Bates’ dance program. The pair began in 2007 with an exchange of student companies, each sharing a class and a combined performance in the home studio of the other. The second exchange was professional works by the non-student companies of the faculty members.

Dilley, who is organizing the event, joined the Bates dance program in fall 2003. She has been an international choreographer, performer and teacher for nearly 20 years. Based first in New York, then Barcelona, Seattle, Sydney and now Maine, she has worked with many companies and independent choreographers as well as her own companies, Radio Suec and Carol Dilley & Co. She has performed her work in the U.S. and Europe both as a solo artist and as director and choreographer.