Are We Happy Yet?

In a dizzying display of data mining, Chris Danforth ’01 invents a way to measure human happiness in real time

Bloggers and social networks propel billions of emotion-laden words into cyberspace every day. What if you could, day to day, magically rate all these feelings?

Maybe you’d find that collectively we’re happy on Sunday mornings, after a cup of coffee. Or that we felt downright ecstatic after Barack Obama was elected president. Or that we’re glum on Mondays.

Chris Danforth ’01 doesn’t need to muse about this stuff. He really knows when we’re happy or sad. 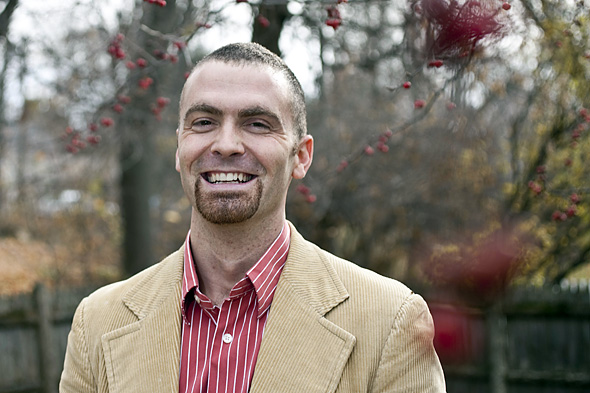 A mathematician at the University of Vermont, Danforth and colleague Peter Dodds have created a high-tech hedonometer — a way to measure, in real time, the shifting emotions reflected by our vast blog output and, more recently, our Twitter feeds.

They also know who sings happy songs (and unhappy ones), and what president’s rhetoric is more gloom and doom than the others.

The two researchers’ work represents a really cool achievement in what they call “sociotechnical data mining” and a potentially novel approach to studying human behavior— one that goes beyond phone surveys with 500 respondents or psychological studies with a few dozen subjects.

“We’ve never had the chance to make observations on this scale,” Danforth says during an interview at the Vermont Advanced Computing Center in Burlington.

In the past, what was available to a social science researcher “might be a college classroom with 20 students beholden to their professor,” he says. “But if you pay attention to what’s going on online, your experiment can now go from on the order of 100 to the order of 100 million overnight.”

Last summer, Danforth and Dodds announced their work in the Journal of Happiness Studies. Their article, “Measuring the Happiness of Large-Scale Written Expression: Songs, Blogs, and Presidents,” got immediate media attention, partly because it included the fact that the national mood, as reflected in blog posts, had briefly soured after Michael Jackson’s death a few weeks earlier.

The New York Times, for example, quoted University of Texas psychologist James Pennebaker, who said the research is “a cross-pollination of computer science, engineering, and psychology. And it’s going to change the social sciences.”

In other words, rather than having to ask a large group of people how they feel — an approach fraught with error — “we are watching conversations,” Danforth says. “We’re trying to infer someone’s state of mind or well-being from what they say. This changes the game.”

Using supercomputers, the two researchers evaluated 10 million blog sentences that came to them from the website wefeelfine.org, a site that scours blogs for sentences that include “I feel” or “I am feeling” in them. To measure these key sentences’ happiness — their “emotional valence” — the researchers turned to a special list of words that have been ranked on a one-to-nine happiness scale. For example, words like “triumphant” or “trophy” score happy while “hostage” or “corrupt” score sad.

Thus when Dodds and Danforth looked at “I feel” blog sentences right after the 2008 presidential election — the happiest day in their dataset — the word in those sentences that most drove the national smile was “proud.”

The pair made some surprising discoveries, including one that bears on the notion that money can’t buy happiness. “Social scientists typically find that, provided you have basic food and shelter, ultimately you stay just as happy whether you win the lottery or become disabled,” explains Danforth. “But we found that individuals do present their happiness differently over their lifetime.” Teenagers are often mad, adults somewhat happier, and older folks increasingly grumpy.

Chip Ross and Bonnie Shulman, along with physics professor George Ruff, helped to show him that he could “use math to study the world.”

The pair’s hedonometer can assess any big pile of words, so they also looked at the lyrics of 232,574 songs by 20,025 artists released between 1960 and 2007. They found that Luther Vandross’ songs are quite happy while Slayer’s aren’t. And they reviewed the words in State of the Union addresses. Kennedy’s and Reagan’s speeches score happy; Hoover, speaking gloomy words about the Depression, scores low.

Danforth, the nephew of Bates anthropology professor Danny Danforth, came to Bates eager to study math and not much else. Math professors Chip Ross and Bonnie Shulman, along with physics professor George Ruff, helped to show him that he could “use math to study the world.”

Danforth earned a Ph.D. in applied mathematics and scientific computation at the University of Maryland and then, in 2006, joined the faculty at UVM, where he initially continued his research on chaos theory and computer weather forecasting models. 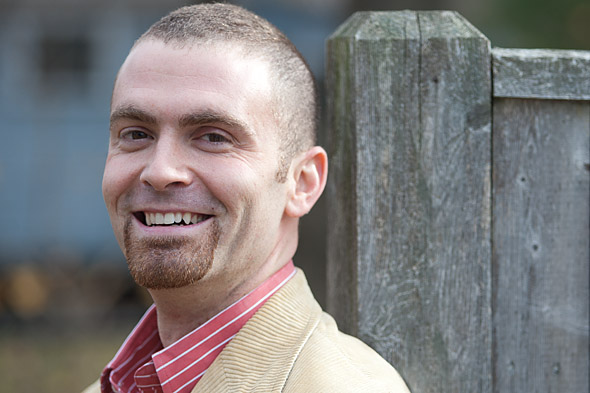 “I still think the Earth’s atmosphere is very interesting,” he says, but when he and his wife, Kate McLaughlin Danforth ’01, had their first child, Chris became a little more interested in people and technology. “My daughter will probably have her first relationship primarily via text message,” he says. “This new form of communication without audio clues and visual cues is going to affect their generation — somehow.”

In terms of the complexity of the research, Danforth says it was little more than picking some “low-hanging fruit. We didn’t really do very much more than combine two data sets.” What might be unusual, he says, is the collaboration of two mathematicians who are also highly interested in human behavior. (Dodds, for example, has a Ph.D. in applied math but decided not to go into a canonical field like particle physics.)

Danforth and Dodd’s forthcoming Twitter study is the result of looking at one billion Tweets, and that will be followed by an analysis of 20 years’ worth of happy and sad words in The New York Times. Another project is creating a website to display real-time happiness, sort of like the National Debt Clock in New York City.

But any sophisticated use for their hedonometric work— like a policy-guiding “Gross National Happiness Index” — is purely theoretical at this point.

“It just makes sense to have all of this information in front of you,” he says. “That’s the value of doing this type of work. It can provide a new measure that might actually be the one that you care about the most.”

Wilson Ring ’79 lives in Waterbury Center, Vt., and is a reporter for The Associated Press.

Your Page: Regarding Harry