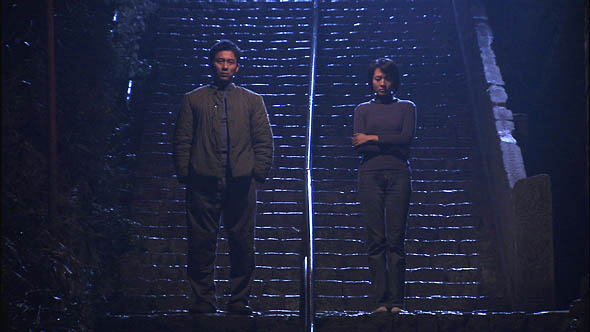 The 2010 Global Lens series of films from around the world concludes at Bates with The Shaft by Chinese director Zhang Chi in screenings at 8 p.m. Friday, Dec. 3, and Monday, Dec. 6, at The Ronj, Bates’ student-run coffeehouse, 32 Frye St.

In a poor mining town in western China, the stories of a father and his two children intersect and intertwine, illuminating complicated relationships hidden beneath the community’s hardened exterior. Chi’s wise and poetic feature debut delicately expresses the turmoil of emotion and expectation wrought by a calloused and difficult existence.

Chi was born in Beijing in 1977. He studied film direction at the Central Academy of Drama and served as the director of the Chinese national television company, CCTV, from 2000 to 2004. In 2008, he won China’s Golden Rooster Award for Best Screenplay for the film Tokyo Trial.