Like joining a community production of To Kill a Mockingbird, for example.

Last Friday, O’Carroll, who oversees multicultural programs for the College’s Office of Alumni and Parent Programs, moderated a post-performance discussion of the Lewiston-Auburn Community Little Theatre‘s adaptation of Harper Lee’s enduring novel, which turned 50 in 2010. 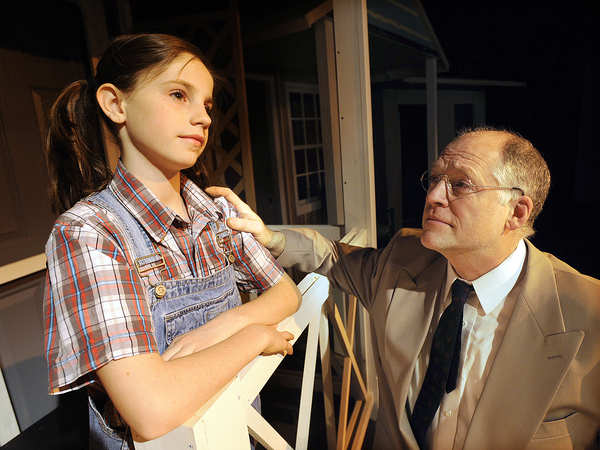 The opening-night session was sponsored by the Office of Intercultural Education. The play runs through Feb. 13.

Late into the evening, audience members discussed the play and its themes of racism, elitism, sexism and social justice. “The audience stayed because they cared,” O’Carroll said. “The actors told a story that created the incentive for the audience to continue the discussion. And that’s the magic of art.”

The questions, said the production’s assistant director Ellen Peters ’87, who directs the Office of Institutional Research and Assessment at Bates, homed in on the bigger issues. “There was less about the mechanics of the production and more about the social-justice issues.”

“But it is better for people to hear this story.”

The cast was asked what it was like to immerse themselves into the 1930s South while trying to tell a story to a 21st-century audience.

Boyd Scott, a local chef who plays the accused rapist Tom Robinson, said the fierceness of the play’s language during auditions nearly drove him away. He stayed with it “because it is better for people to hear this story.”

Someone else asked how the cast handled their characters for the three months of rehearsals. Danielle Sicotte, who works with an Auburn marketing firm and plays Mayella Ewell, Tom Robinson’s accuser, says that she and Scott developed a ritual of hugging each other after their difficult scenes.

Other questions compared Robinson’s unjust conviction to the larger and still-elusive quest for greater social justice and human rights. “There are people of all backgrounds who are railroaded every day,” said an audience member.

As moderator, O’Carroll says she tried to create a discussion that balanced “thoughts and feelings, hearts and minds,” while giving the cast its due as actors-turned-activists. 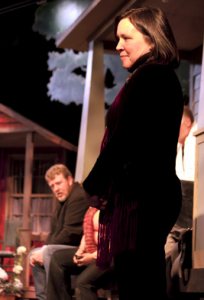 It’s a role O’Carroll has trained to play. A graduate of Evergreen State College, she earned a master’s in psychology at Antioch University, Seattle. She is a member of the Alutiiq tribe of Alaska and has forged a network of relationships with tribal nations of the Pacific Northwest.

Her prior professional work comprises career counseling, psychotherapy and initiatives around interpersonal and multicultural communication. She has lived and worked among populations both economically privileged and disadvantaged, from the Pacific Northwest and Alaska to New England and Ireland. She joined Bates in the fall.

Conventionally defined, an “activist” takes immediate action after witnessing injustice, O’Carroll says. “Maybe not by fist, but by word or other action.” But, she says, some people aren’t equipped to be that kind of activist.

“For them, it’s more suitable to write a book or a poem, or direct a play or act in a play,” she says. “And that is also good, responsive work.”

Three actors made it a family affair. Michelle Vazquez Jacobus, who teaches at the University of Southern Maine Lewiston-Auburn College, plays Miss Maudie, the story’s narrator, and two of her children play Dill and Walter Cunningham Jr.

“We’ve done a lot of talking as a family,” she said during the post-play discussion. “When we get home, it takes a while for us to process it all before we can settle down to go to sleep.” 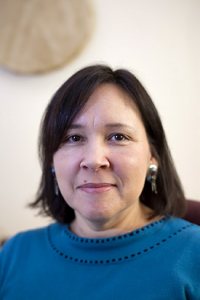 Furthermore, says O’Carroll, those of us who consider ourselves to be “nice” and “good” need to look at the more nuanced decisions we make. “The signposts of racism and other -isms of To Kill a Mockingbird were clear and apparent,” she says. “Today, they’re more obscured.”

Take the N-word, which last year prompted a Florida high school to cancel its production of the play.

“Some may think that because we don’t use the N-word, or because we’re trained not to think of ourselves as elitist, we’re good,” says O’Carroll. “But people still think in these ways and make decisions based on values that are elitist, racist, or privileged.

“As adults, we need opportunities to dig deeper into how we think. And attending and discussing a play like To Kill a Mockingbird, a piece of art with so many pockets to explore — even if it’s just for two and a half hours — is far better than silence.”