Services for David Aschauer, revered researcher and colleague, on Sept. 17 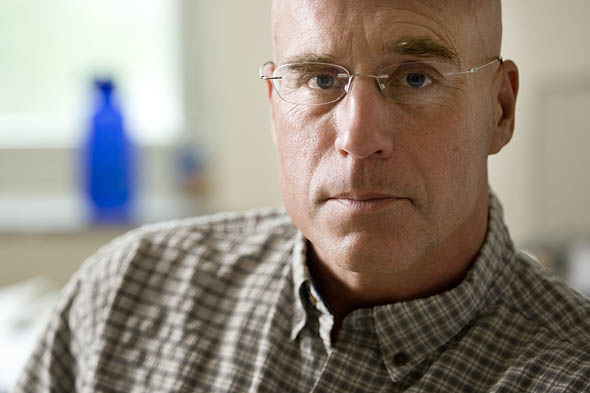 Aschauer, the Elmer W. Campbell Professor of Economics at Bates since 1990, died while swimming in a triathlon off the coast of Cape Elizabeth, Maine. He was 58 years old.

“As a researcher and a colleague, David was revered at Bates and throughout his profession. He will be sorely missed,” says Pam Baker, the college’s dean of the faculty.

In 1988, as a senior economist at the Federal Reserve Bank in Chicago, Aschauer made a claim that, as The Atlantic Monthly would later say, “set the economics profession on its ear.” Aschauer conducted research indicating that government spending on infrastructure — roads, bridges, airports — could improve economic productivity.

Writing for The Atlantic, Jonathan Rauch used Aschauer’s research as the centerpiece for his article “Taking Stock,” a widely noted assessment of federal spending priorities that appeared in the January-February 2003 issue.

That same year, Aschauer was named the single most-cited full professor of economics at a U.S. liberal arts college in the annual study Economic Scholarship at Elite Liberal Arts Colleges: Are Other Economists Paying Attention?

At Bates, David was known as a fine teacher, scholar, adviser and colleague. His teaching and research interests centered on macroeconomics, financial markets and economic growth. His recent research looked at the relationship between fiscal and monetary policy in the United States, as well as relationships between real interest rates and real exchange rates in an open-economy setting.

In addition, he investigated transitional macroeconomics, with a focus on Russia and Ukraine.