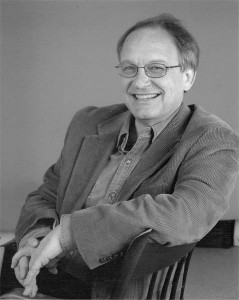 Open to the public at no cost, Language Arts Live is sponsored by the Bates English department, Humanities Fund, Learning Associates Program and John Tagliabue Poetry Fund. For more information, please contact 207-786-6256 or 207-784-0416, or rfarnswo@bates.edu.

Richardson was described as “one of America’s most distinctive contemporary poets” by the Boston Review. His most recent book, By the Numbers: Poems and Aphorisms (Cooper Canyon Press, 2010) was a National Book Award finalist and Publishers Weekly’s “Book of the Year.”

His Interglacial: New and Selected Poems and Aphorisms (Ausable Press, 2004), was a finalist for the National Book Critics Circle Award. Other works include Second Guesses (Wesleyan University Press, 1984), and the cult favorite Vectors: Aphorisms and Ten-Second Essays (Ausable Press, 2001).

Richardson is the fifth winner of the $50,000 Jackson Poetry Prize, given annually to honor an American poet of exceptional talent who deserves wider recognition.

Look What We Found: A framed copy of a poem