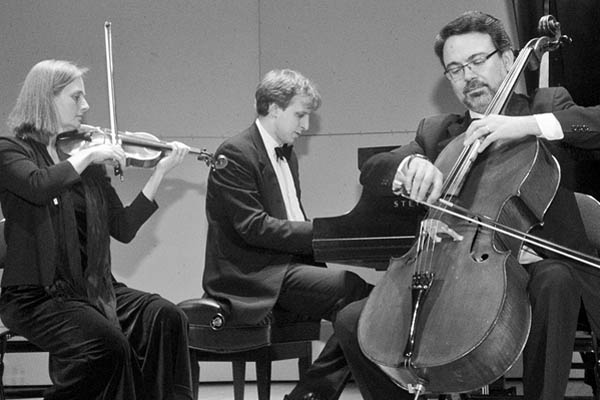 The event is open to the public at no cost, but tickets are required due to limited seating. For tickets and for more information, please contact 786-6135 or olinarts@bates.edu.

The Trio enjoyed its first International tour in May 2011, performing in England, France and Switzerland.

Dikener performs and teaches in the U.S. and in Turkey, where he is the director of the international summer music academy and chamber music festival Akademi Datca. In the recording studio, Dikener has premiered cello works by Turkish composers for the AK Muzik and Yesa labels.