Actress Streep’s skill with voices is topic of Kroepsch Lecture 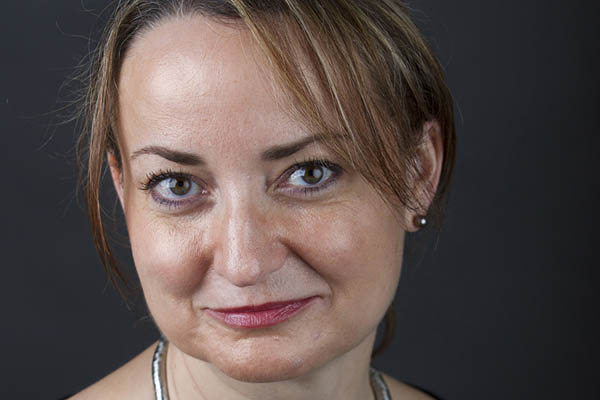 Sponsored by the Office of the Dean of the Faculty, the Kroepsch Lecture is open to the public at no cost. Refreshment service starts at 4:15. For more information, please call 207-786-6066.

Senior lecturer in theater at Bates, Vecsey received the 2012 Bates award for excellence in teaching, the Kroepsch Award. Bates students and recent graduates nominate faculty for the Kroepsch, and a committee of previous recipients selects the honoree.

Vecsey is expert in both the anatomy and the aesthetics of speech in performance. In addition to teaching courses exploring voice, speech and gender, she works with students in every Bates theatrical production and also directs plays.

Streep, who has won three Academy Awards and been nominated for many more, is one of the best actors of our time. Her use of voice, including her facility with diverse accents, is often cited.

“I am going to use her to explain what I do as a voice coach,” says Vecsey, “and how important voice is in establishing a character.”

For instance, in last year’s biopic “The Iron Lady,” for which Streep won her third Academy Award, the actress even captured the before-and-after speaking styles of British Prime Minister Margaret Thatcher, who took elocution lessons early in her career to learn to speak with more authority.

For her Oscar-winning performance in 1982’s “Sophia’s Choice,” in which Streep portrays a Polish immigrant, she “spent three months learning the Polish language,” says Vecsey.

“She then rehearsed her Polish accent in English in order to capture the natural rhythms of speech. She spoke all day in her new accent, so much that her own child did not recognize her voice. She also picked up some German.

“It’s a tremendous amount of work.”

But a convincing voice, of course, is only one part of constructing a character, Vecsey says. “Streep works very hard to find the character and it really shows. She is one of those actors who can do anything because she has the empathy to become the character, but doesn’t judge the character.

“That’s something I try to teach my students: It doesn’t matter who you play, you cannot judge the characters you are portraying. You have to accept them and find something that you love about them — otherwise people will not believe you on stage.”

A native of Budapest, Hungary, Vecsey was that nation’s first voice and speech teacher to be trained at the Hungarian Academy of Drama and Film (now the University of Drama and Film), completing her training in 1991. She came to Bates in 1996 and was promoted from lecturer to senior lecturer in 2011. Vecsey lives in Lewiston with her husband, John Painter, and their son, Kelen.