Biographer of the Rev. Benjamin Mays ’20 to speak at Bates 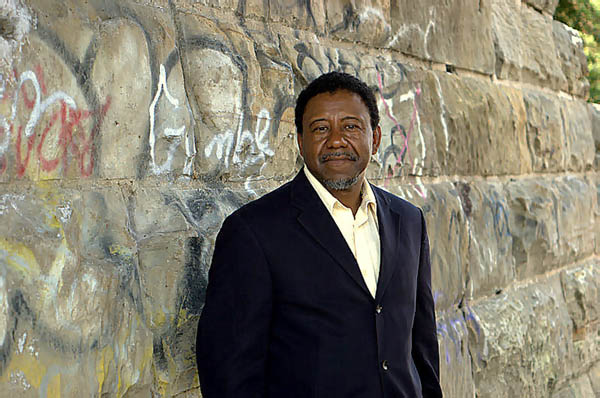 Mays was also one of Bates College’s most influential graduates, a member of the class of 1920. The college presents award-winning Mays biographer Randal Maurice Jelks, a member of the University of Kansas faculty, in a talk at 7 p.m. Monday, March 25, in the Benjamin Mays Center, 95 Russell St.

Sponsored by the college’s Office of Intercultural Education, the lecture is open to the public at no cost. For more information, please call 207-786-8376.

Jelks is the author of Benjamin Elijah Mays, Schoolmaster of the Movement (University of North Carolina Press, 2012), the first full-length biography of the man King called his “spiritual and intellectual father.”

In recognition of Schoolmaster of the Movement, Jelks recently received the 2013 Literary Award for Nonfiction from the Black Caucus of the American Library Association, one of several awards with which the organization salutes excellence in works by African-American authors. 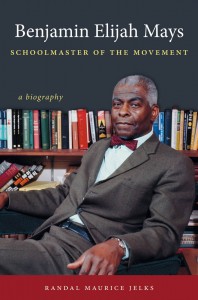 Mays was born in 1894 to sharecroppers in rural South Carolina. His first memory was of a white mob threatening his father. From an early age, Mays was determined both to get the best education and to break the grip of Jim Crow laws on the South.

In 1917, he entered Bates as a 23-year-old sophomore after a year at Virginia Union University, where two Bates alumni on the faculty encouraged him to try their alma mater. He came to Lewiston not only for a better education than a person of color could reasonably expect down South, but to prove his intellectual equality to whites.

Proof abounded. Mays won a speaking award in his first year at Bates, finished his senior year as captain of a triumphant debate team and was one of 15 in his class to graduate with honors, among other achievements.

Central to Schoolmaster of the Movement is Jelks’ argument that by connecting the substance of Christianity with the responsibility to challenge injustice, Mays prepared the black church for its central role in the civil rights movement.

And it was at Bates, Jelks writes, that Mays laid the groundwork for “a new biblical interpretation that could mobilize black communities to take action against Jim Crow’s enforced apathy.” Mays’ studies in religion steered him toward an intellectual structure for both his Baptist faith and his personal mission “to uplift his people,” in Jelks’ words.

Mays and Bates had a profound and enduring effect on each other. As Mays famously summed up his experience in Born to Rebel: “Bates College did not ’emancipate’ me: it did the far greater service of making it possible for me to emancipate myself, to accept with dignity my own worth as a free man.”

Those words are echoed in the college’s mission statement, which begins: “Since 1855, Bates College has been dedicated to the emancipating potential of the liberal arts.” Mays exemplifies commitments to social justice, individual worth and access to education that have always been bedrock values for Bates.

Jelks is an associate professor of American studies at the University of Kansas, with a joint appointment in African and African American studies. He is co-editor of the journal American Studies and a co-founder and editor of the Michigan-based blog theblackbottom.com, which covers politics, culture and social activism.

He received a bachelor’s degree in history from the University of Michigan, a master’s of divinity from McCormick Theological Seminary and a doctorate in comparative black histories from Michigan State University. He is an ordained clergyman in the Presbyterian Church.

Jelks also wrote the award-winning African Americans in the Furniture City: The Struggle for Civil Rights in Grand Rapids (University of Illinois Press, 2006).