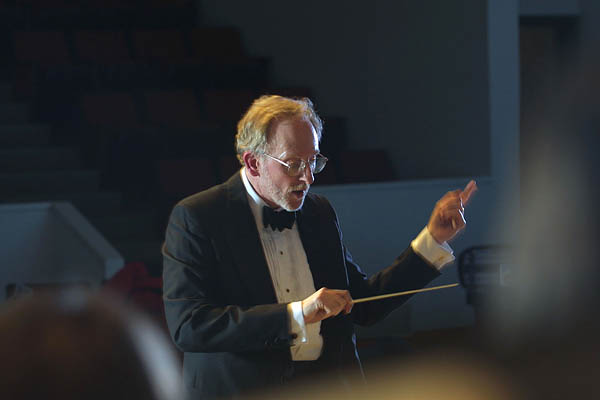 Admission is free, but tickets are required. For more information, please contact 207-786-6135 or olinarts@bates.edu.

First composed in 1888 and revised a dozen years later, the Fauré Requiem is a setting of the traditional Roman Catholic Mass for the Dead, with the text significantly altered. Today the Requiem is both the best-known piece by this French composer and one of the best-loved treatments of the Mass for the Dead.

It is distinguished by a mood of “peacefulness and serenity,” in the words of music historian John Bawden. “The work often been described, quite justly, as a Requiem without the Last Judgment. . . . [It] is impossible not to be moved by the ethereal beauty of this humble masterpiece.”

Lauridsen wrote Lux Aeterna in 1997. A 25-minute work in five movements, it’s a setting for various Latin texts about light.

“I composed Lux Aeterna in response to my Mother’s final illness,” the composer writes, “and found great personal comfort and solace in setting to music these timeless and wondrous words about Light, a universal symbol of illumination at all levels — spiritual, artistic and intellectual.”

“The piece is often compared to Brahms’ Requiem, also written after the passing of the composer’s mother, but ‘without the 19th-century guilt’ — no Day of Judgment or gloom here, just generosity and radiance throughout,” writes Chicago Chamber Choir Artistic Director Timm Adams.

“Lauridsen uses the chant-like melodies and sophisticated counterpoint of the high Renaissance, especially the music of Josquin, for his inspiration in this composition.”