Monica Wood, bestselling author of ‘When We Were the Kennedys,’ visits on Oct. 28 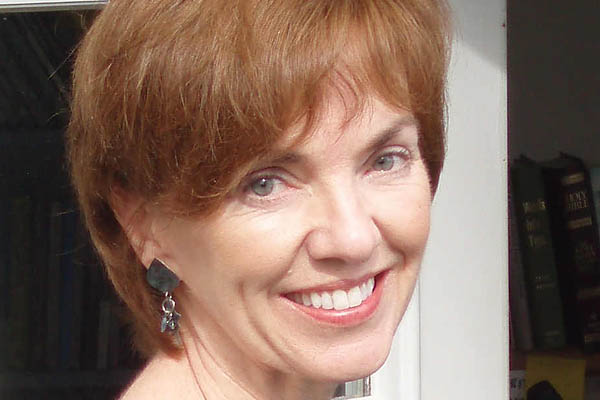 Monica Wood, author of a popular memoir about growing up in a small Maine town in the early 1960s, reads from and discusses When We Were the Kennedys  at 7:30 p.m. Monday, Oct. 28, in Olin Concert Hall, 75 Russell St.

Admission is open to the public at no cost, but tickets are required — please visit monicawoodbates.eventbrite.com/. The event is sponsored by the Office of the President with support from the Dean of the Faculty’s and Dean of Students’ offices. For more information, please call 207-786-6067.

Watch a livestream of the event: Live from Bates.

When We Were the Kennedys (Houghton Mifflin Harcourt, 2012) is the story of how a family, a town and then a nation mourn and find the strength to move on. Living in Mexico, Maine, in 1963, the Wood family is much like its close neighbors, Catholics and immigrants dependent on the fathers’ wages from the Oxford Paper Company.

But when Monica’s father suddenly dies on his way to work, her mother and the four deeply connected Wood daughters are set adrift.

This wrenching memoir has gotten attention nationwide. The Washingtonian wrote, “Wood’s gorgeously wrought new book . . . is a sharp, stunning portrait of a family’s grief and healing, and it also offers a refreshing lens through which to view the [assassination of President John F. Kennedy], as his family’s loss helps the Woods feel less adrift in their own sea of anguish.”

As this year’s assigned reading for the incoming first-year class at Bates, Wood’s book was a good fit. “Wood’s thoughtful and affecting memoir gives marvelous insight into a community similar to Lewiston-Auburn, with vivid depictions of the multiple cultures that coexist in the area,” says Kirk Read, associate dean of the faculty and professor of French and francophone studies.

“She gives particular insight into the lives of working-class families who depended on the mills and who survived the boom and bust over decades.” Wood contemplates French Canadian and Irish immigrant cultures, the health of the Androscoggin River and the role of the Catholic church in a mill town, all relevant to Bates’ surrounding communities.

Wood also examines the iconic status of the Kennedys during the 1960s and the Maine politics that played out in parallel to the national scene. Figures such as U.S. Sen. Edmund S. Muskie, a member of the Bates class of 1936, figure in the background of Wood’s memoir.

Winner of the 2013 Maine Literary Award for When We Were the Kennedys, Wood explains her storytelling roots: “My father and my mother’s parents came from Prince Edward Island in Canada, and brought with them the island tradition of storytelling,” she says.

“Although my sisters and I were the first generation in the family to go to college, I think of my background as a literary one. My father had a lilting island brogue and beautiful grammar; the notion that stories had to be told in a certain way was something I learned early. My grandfather used to sing long, melodramatic, novelistic ballads, another island tradition.”