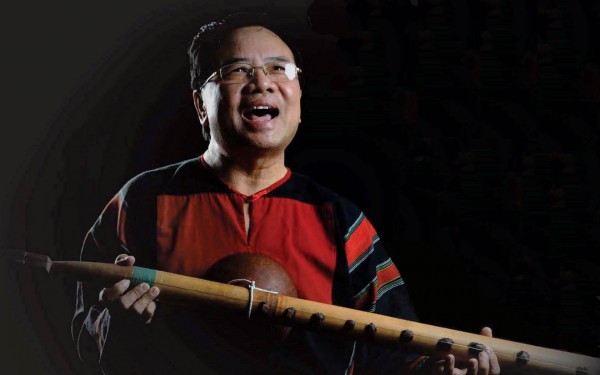 Mid-November concerts at Bates reflect the diversity and international scope of the arts at the college.

The Bates College Choir, under the direction of John Corrie, performs “Carmina Burana” at 8 p.m. Friday and Saturday, Nov. 15-16.

All those performances are open to the public at no cost, but tickets are required, available at bit.ly/oacbates. The Olin Arts Center Concert Hall is located at 75 Russell St. For more information, please call 207-786-6163 or email olinarts@bates.edu.

Under the artistic direction of Phong Nguyen, five performers from Vietnam and the United States offer Songful Vietnam: Three Rivers — One Source, an evening of music, poetry, dance and dramatic pieces from the traditions of the Hong (“Red”), Huong (“Perfume”) and Mekong river regions.

The event is co-sponsored by the departments of art and visual culture, music and theater, by the Asian studies program and by the Bates College Museum of Art.

The diverse works on the program represent traditional, ethnic and contemporary influences, and draw on the lowland and Central Highland cultures of Vietnam.

Phong Nguyen is a world-renowned performer and scholar of Vietnamese traditional music. Raised in the Mekong Delta, he comes from a family of musicians and is a traditionally trained artist. He sings a large repertoire of rural folk songs and is accomplished on many Vietnamese instruments. He has given numerous lectures and workshops throughout North America and the world on the musical culture of Vietnam.

Nguyen will be joined by: David Badagnani, who specializes in new and improvised music for the English horn and oboe, as well as a variety of international wind, string and percussion instruments, primarily from Asia;

Nguyen Thi Ngoc Khanh, a recipient of the Artist of Merit award from Vietnam’s Ministry of Culture for her contribution to the theatrical art called Hat Boi in Southern Vietnam;

Nguyen Tan Ton Nu Y Nhi, who is making her concert debut in this tour of “Tuneful Vietnam” and performs the art songs of the former imperial city of Hue;

and Khuong Van Cuong, a singer and flutist who performs minstrel songs, a rare genre that has only recently been revived in post-war Vietnam. 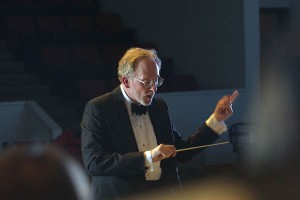 “Carmina Burana” may get its broadest exposure nowadays through the popularity of its opening theme as end-of-the-world movie soundtrack music. But in fact, the monumental choral work that German composer Orff created in the 1930s is a musical setting of poems dating back to the 13th century and celebrating nature, fate, tavern society and especially love.

The Bates College Choir is composed of 60 singers, including 10 student soloists. This production of “Carmina Burana” is arranged for two pianos and six percussionists including three Bates students. The pianists for these performances are Chiharu Naruse and Bridget Convey of the college’s applied music faculty.

Corrie began teaching musicianship at Bates in 1982, conducting the College Choir in 1986 and teaching voice in 1991, and he became college organist in 2005. He is a harpsichord and organ performer with degrees from the Oberlin Conservatory, Northwestern University and Yale University. He has been artistic director of the Maine Music Society since 2006. 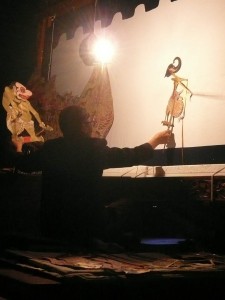 The Bates Gamelan Orchestra, a student ensemble performing Indonesian percussion-based music, will be joined by three guest artists from Wesleyan University for “The Flower Battle.” Puppet master Sumarsam and musician I. M. Harjito are well-known and highly respected gamelan musicians. Also performing is Maho Ishiguro, a doctoral student who will play a gamelan instrument called the “gender.”

This “wayang kulit,” or shadow puppet performance, is an hour-long story adapted from the Sanskrit epic “Mahabharata.” During a tumultuous time, the hero Arjuna attempts to clear his mind by taking a journey in a forest of great beauty. He and his companions are confronted by the fanged Cakil, a demon sent by the enemy, and his minions.

Ultimately they engage in the “Flower Battle,” which gives the puppeteer a chance to demonstrate his skill at the intricate manipulation of several puppets.

A wayang kulit has not been performed on a Bates stage in eight years. The “dhalang,” or puppet master, has the difficult task of making the puppet move, speak and sing, as well as directing the musicians that accompany his performance and adding sound effects, usually with his feet.

Born in East Java, Sumarsam (who, like many Indonesians, goes by only one name) took part in an all-night performance of Indonesia’s traditional, percussion-based gamelan music when he was 7, sitting in for a sleepy drummer. He joined that ensemble at age 8 and stayed with music.

He went to Wesleyan in the early 1970s as a visiting artist, earned his master’s degree there in 1976 and in 1992 earned his doctorate in ethnomusicology and Southeast Asian studies at Cornell. Today he is an adjunct professor of music and director of graduate studies in Indonesian music and theater at Wesleyan.

A renowned Indonesian musician, Harjito is an artist-in residence at Wesleyan, where he teaches gamelan performance.

The puppets that Sumarsam will use in the performance are part of a collection of more than 300 on permanent loan to Bates College. David Eisler, an attorney in Dover, N.H., has loaned the collection to Bates to honor the memory of his father, Dr. Milton Eisler. David Eisler made the loan, he says, to ensure that the collection remains intact.