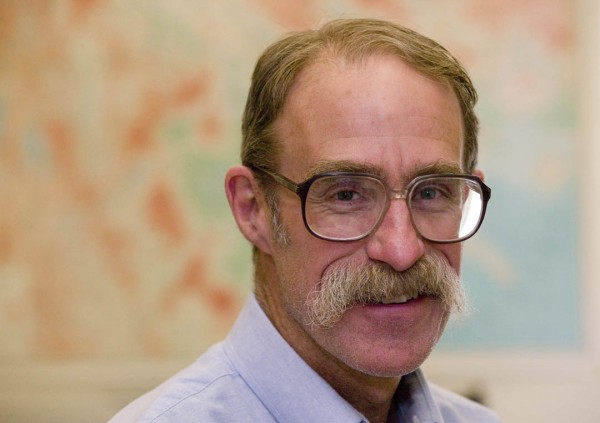 Published in 2012 by the University of Chicago Press, Children of the Greek Civil War: Refugees and the Politics of Memory was co-written by Danforth, the Charles A. Dana Professor of History at Bates, and Riki Van Boeschoten, associate professor of social anthropology and oral history at the University of Thessaly, Greece.

Based in Brunswick, Maine, the Modern Greek Studies Association awards the Keeley Book Prize to an academic book first published in English and dealing with modern Greece or a Hellenic theme. Children of the Greek Civil War shared this year’s first prize with The Balkan Prospect: Identity, Culture, and Politics in Greece after 1989 by Vangelis Calotychos.

The warring sides in the Greek Civil War evacuated 38,000 children from their homes in the mountains of northern Greece. The Greek Communist Party relocated half of them to orphanages in Eastern Europe, while their adversaries in the national government placed the rest in children’s homes elsewhere in Greece.

A point of contention throughout the Cold War, this controversial episode continues to fuel tensions between Greeks and Macedonians and within Greek society itself.

Marshaling archival records, oral histories and ethnographic fieldwork, Danforth and Van Boeschoten analyzed the evacuation process, the political conflict surrounding it, the children’s upbringings and their fates as adults cut off from their parents and their homeland.

They also give voice to seven refugee children who, as adults, recount their experiences and efforts to construct new lives in diaspora communities throughout the world. A much-needed corrective to previous historical accounts, Children of the Greek Civil War is also a searching examination of the enduring effects of displacement on the lives of refugee children.

“Insisting that refugee children ought to occupy center stage in their own history, the authors support their argument with two chapters of testimony from the historical actors themselves remembering their own childhood experiences,” Dubinsky writes. “This innovative book ends with some insightful thinking about the production of historical memory. Highly recommended.”

Danforth has written three other books, all published by Princeton University Press: The Death Rituals of Rural Greece (with photographer Alexander Tsiaras; 1982); Firewalking and Religious Healing: The Anastenaria of Greece and the American Firewalking Movement (1989); and The Macedonian Conflict: Ethnic Nationalism in a Transnational World (1997).