‘Convergence: Jazz, Films and the Visual Arts’ arrives at Museum of Art on June 7 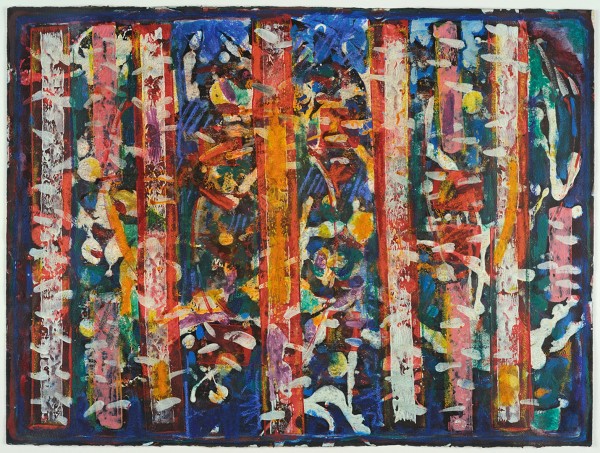 “Five Blue Notes” (1980), an image in encaustic and egg tempera on board by David C. Driskell, is on display in Convergence: Jazz, Films and the Visual Arts.

Convergence: Jazz, Films and the Visual Arts, an exploration of African American culture and the dynamic interactions among the arts, opens at the Museum of Art with a reception at 2 p.m. Saturday, June 7. 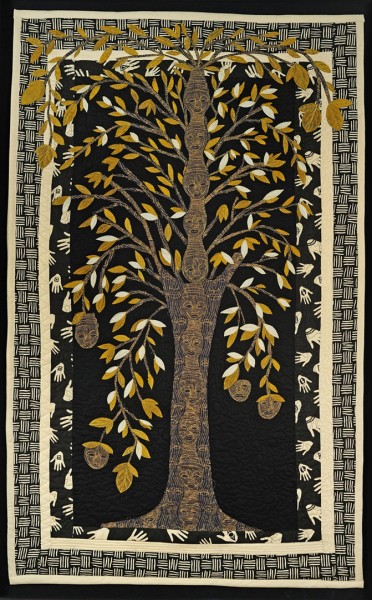 Museum hours are 10 a.m. to 5 p.m. Tuesday through Saturday, and until 7 p.m. Wednesdays during the academic year.

Admission is free and open to the public. For more information, please call 207-786-6158 or visit bates.edu/museum

Convergence will be accompanied by public programs and events beginning in September, including lectures, a panel discussion, live jazz and weekly jazz film screenings of short films and clips from the American Jazz Museum’s prestigious John Baker Film Collection.

Convergence demonstrates the creativity of artists and filmmakers, most of them African American, inspired by jazz music and culture to create exhilarating representations of American cultural life.

Featuring more than 40 works, the exhibition is the result of a partnership between the David C. Driskell Center for the Study of the Visual Arts and Culture of African Americans and the African Diaspora at the University of Maryland, and the American Jazz Museum in Kansas City. Bates is the only other institution that will host this exhibition.

Styles and imagery in Convergence vary greatly, from realistic depictions of specific musicians to abstract visualizations of rhythm, melody, harmony and improvisation. The works reflect the breadth of media, including three-dimensional art; audio and film; photography; paintings; drawings; and prints and works on paper.

The exhibition was curated by Robert E. Steele and Dorit Yaron, the Driskell Center’s former executive director and deputy director, respectively; and Ruffin-Thompson, visiting curator at the American Jazz Museum.

The tour has been organized by the Driskell Center. “Jazz represents the colors, textures and patterns of the life and experiences of African Americans, and it represents the first authentic American music to be born of the creolized reality of the American cultural dynamic,” Gregory Carroll of the American Jazz Museum and Curlee Raven Holton of the Driskell Center have written.

The Driskell Center is committed to collecting, documenting and presenting African American art as well as replenishing and expanding the field. Established in 2001, the center honors the legacy of David Driskell, distinguished professor emeritus of art, by preserving the rich heritage of African American visual art and culture. Driskell is well-known in Maine, where he has had a summer home for many years and whose landscape has been reflected in his work.