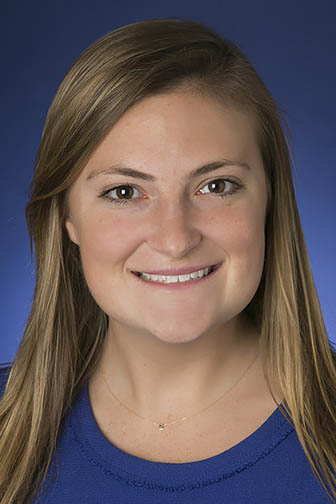 Three recent Bates College alumni return to campus to discuss how their experiences in Latin America have influenced their working lives in a panel presentation at 4:15 p.m. Thursday, Oct. 2, in the Keck Classroom, Room G52 of Pettengill Hall, 4 Andrews Road (Alumni Walk).

Refreshments will be offered. The event has been organized by the Latin American studies program, in co-sponsorship with the Alumni Engagement office, the Bates Career Development Center, the interdisciplinary studies division, the departments of politics and anthropology, and the Purposeful Work Initiative.

In a related event, the Latin American studies program, in collaboration with the Spanish department, presents an evening of Latin American music for guitar performed by Gregoíre Pearce, of Portland, Maine, at 7 p.m. Wednesday, Oct. 1, in the Edmund S. Muskie Archives, 70 Campus Ave. 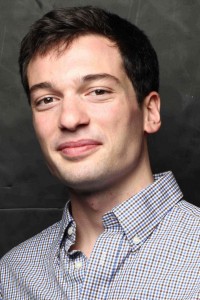 The panel will discuss “purposeful work in Latin America by students who have engaged with the region through their Bates educations,” explains Sonja Pieck, an associate professor of environmental studies and chair of the Latin American studies program, and one of the panel’s organizers.

“As a new major in the college curriculum, we want to raise awareness of the diversity of opportunities in the working world for LAS majors, and also see how an engagement with Latin America in the liberal arts tradition shaped these alumni.”

The panel speaks broadly to how young people can engage the world at large, in their intellectual pursuits, their volunteering, their activism and, finally, their careers. 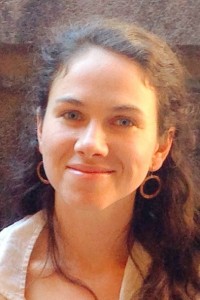 Hare majored in anthropology and Latin American studies at Bates. She spent half of her junior year in Arica, Chile, where she worked closely with the transgender population in the city, and eventually wrote her thesis on the complexities of gender and citizenship in Chile.

At Deutsche Bank Securities, she focuses on delivering global research and products to U.S.-based clients. She credits her liberal arts background for distinguishing her in an industry where most of her peers come in with technical training. Her interest in international relations attracted her to an industry where she is constantly analyzing how world events inform financial conditions and policy.

Means’ early interest in Brazilian music and culture inspired him to study there during his junior year. While living in home-stays in Sao Paolo and Salvador, this politics major studied Portuguese, international economics and music, and worked with local musicians at a youth cultural center in Saramandaia.

In 2011, Means joined Purpose. That firm incubated Minhas Cidades, a cutting-edge Brazilian mobilization platform, and in 2013 Means worked in Rio de Janeiro advising a local social entrepreneur on mobilizing Brazilian youth on environmental justice issues. He is now developing strategy for a multinational food company that hopes to mobilize its global customer community to take action against tropical deforestation.

Since graduation, Porst has lived in Cusco, Peru, supporting the indigenous people of Q’eros, a remote region high in the Andes whose people are recognized as a “national living patrimony” because of the continuity of their ancient traditions. This work began in 2010 when she lived there while doing research as a junior majoring in Spanish and in art and visual culture.

As a senior, she received a Davis Projects for Peace grant to build the first primary school in the Q’eros village of Ch’allmachimpana. Porst founded the nonprofit Willka Yachay (“sacred wisdom” in the Quechua language) to develop programs enabling the Q’eros people to preserve their culture and develop their communities sustainably. She founded, built and administers a preschool, two primary schools, high school and adult school, in addition to other projects that support the community in myriad ways.