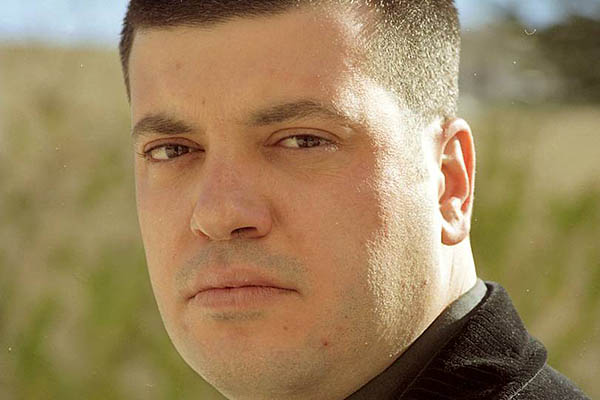 In separate events, Bates College presents a film about the struggles of Arab-Israeli co-existence and a talk by the film’s screenwriter, an Arab-Israeli journalist and novelist described as “the best Hebrew writer working today.”

A Borrowed Identity runs 105 minutes and is in Arabic and Hebrew with English subtitles.

“Kashua has a weekly column in [the Israeli newspaper] Haaretz, a wildly popular prime-time comedy on Israeli television and three critically acclaimed novels under his belt,” Debra Kamin writes in a profile in www.thetower.org. “And everything he has done, he has done in Hebrew.”

Set in the 1980s, Kashua’s semi-autobiographical screenplay for Borrowed Identity begins with a smart, yet socially awkward boy named Eyad (played by Razi Gabareen and Tawfeek Barhom) who transitions from living in an Arab town to studying at a boarding school in Jerusalem. While there, he struggles to learn Hebrew and to find his social identity.

He is befriended by a love interest, Naomi (Danielle Kitzis), and by Yonatan (Michael Mashonov), a boy with muscular dystrophy. In the face of prejudices aimed at his Arab heritage, Eyad must keep many aspects of his life a secret as he navigates the complex social world in which he finds himself.

Kashua is an Israeli-Arab author from Tira, Israel. Much of his work is dedicated to promoting political change and the peaceful coexistence of Arab and Israeli peoples through ironic humor. He writes the hit TV show Avoda Aravit (“Arab Labor”), the only show on Israeli TV focusing on Arab characters, which has been compared to the pioneering U.S. sitcom All in the Family.

He is the author of the novels Dancing Arabs and Let it Be Morning (both from Grove Press, 2007); and Second Person Singular (Grove, 2012), which prompted the Israeli website Walla! to proclaim Kashua as “the best Hebrew writer working today.”

He won the prestigious Bernstein Prize and the Israeli Prime Minister’s Prize in Literature (2004).