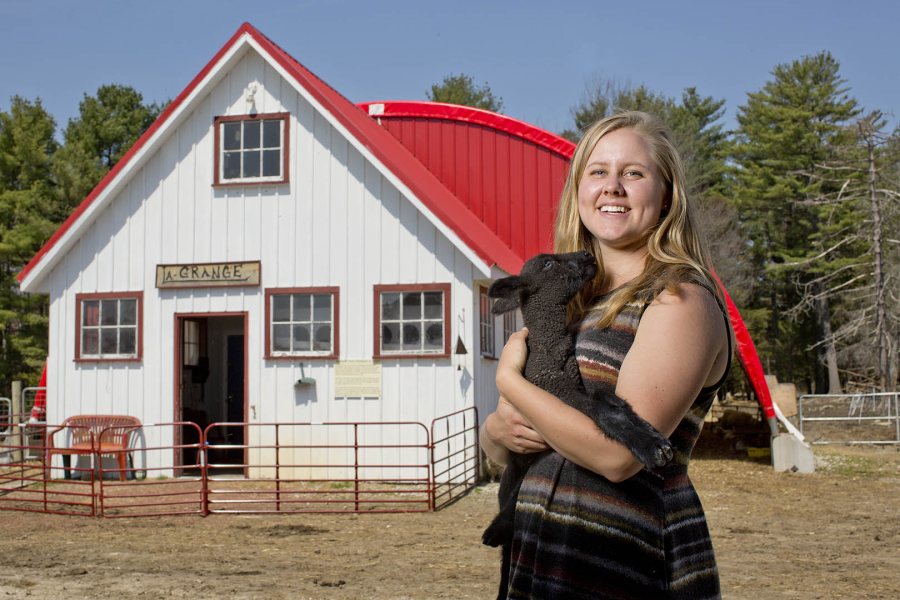 As a young teenager, Caroline Caldwell ’15 lit out for a two-week New Mexico training camp to complete her skill set for the sport called the modern pentathlon.

Already competitive in horseback riding, swimming and running, three of the five stages of modern pentathlon, she wanted to round out her repertoire by learning to shoot and to fence.

It was a big hop, geographically and psychologically, to Roswell from the family farm in Gambier, Ohio. “I was like, ‘What am I doing?’ ” Caldwell says. “It was really hard for that first week.”

But then came the payoff. “I remember finishing the camp and continuing into nationals and thinking, ‘This is awesome,'” she continues. “That sparked my desire to keep throwing myself into situations where I’m going to fly somewhere and not know anyone, and live with them and work with them.”

Caldwell will be doing exactly that later this year, thanks to the coveted Watson Fellowship, an award that supports a year of study and research abroad. This environmental studies major is one of 50 U.S. students to receive the $30,000 stipend in 2015. 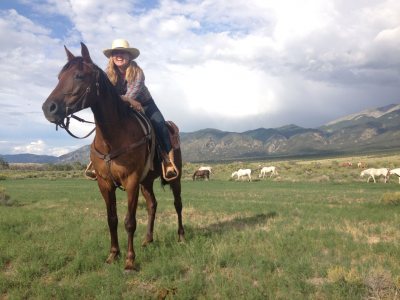 Caroline Caldwell at Zapata Ranch, in Colorado, during her 2014 internship.

For her Watson year, Caldwell will undertake an exploration of sustainable livestock ranching in Australia, Finland and Tristan da Cunha, the namesake island of the world’s most remote inhabited archipelago.

“I’m trying to learn more about sustainable management in places where it’s about survival more than keeping up with a fad,” says Caldwell, who from an early age was responsible for a collection of animals on the farm in Gambier.

In all three nations, rigorous agricultural management is essential. Australia, the land of livestock “stations” or ranches that can rival small countries for size, is dry and getting drier as the climate changes. Finland presents all the agricultural challenges of a far northern land.

Grazing on Tristan, whose land is held communally by the entire population, is limited by the availability of suitable pastureland and a culture that emphasizes income equality.

The livestock operations that she’ll visit during her Watson year, Caldwell explains, employ practices informed by ecological knowledge handed down over generations. Those operations must be self-sufficient, because their locations present few economic or environmental alternatives.

“There isn’t really a fallback plan for them,” she says. “These farms and ranches operate in stark contrast to America’s wealthy subsidized farms that have modern high-tech machinery and a powerful economic status as massive cattle exporters.

“I want to explore how sustainability is inherent in each community’s culture, and how they have adjusted to political and economic influences within the bounds of their natural environments.” 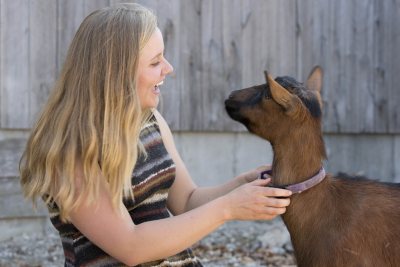 Caldwell’s Watson plan reads like a blueprint of her personality and passions. It’s a blueprint that she refined and polished at Bates. For her, Bates was the place to find focus and fresh challenges for a robust energy, a love of the outdoors and a voracious appetite for new skills, the more hands-on the better.

Whether it’s wielding a chainsaw, tending to livestock wounds or learning to sew (thanks to the Bates theater course “Pattern Drafting and Draping”), Caldwell says that she just loves “physically being able to replicate what other people can do.”

Caldwell developed her capacity for hard work on the family farm, which her parents ran in addition to day jobs in education. (They now operate the college farm at Kenyon.) As she notes in her Watson proposal, “At age 7 I could show you the difference between new soybean and corn sprouts, and by 14 I could look at any hay bale and identify the various grass types packed into the bale.”)

At Bates, Caldwell started out with the swim team and gravitated to rowing. “Rowing has really shaped me as a person,” she says. “Whenever I feel like I can’t do something any longer, if I’m exhausted or mentally burned out, I think back to rowing practice — ‘Well, if I could get through that, then I can get through this.'”

Caldwell’s Watson itinerary reflects her Bates journey. For her senior thesis, with Holly Ewing as adviser, she looked at land preservation organizations in Maine, Maryland and Ohio. Her study-abroad experience in the Turks and Caicos Islands whetted her interest in the challenges of island life.

And Caldwell’s Otis Fellowship, a Bates grant supporting off-campus research with an environmental theme, enabled her to undertake a three-month internship, in spring 2014, at The Nature Conservancy’s Zapata Ranch in Colorado. 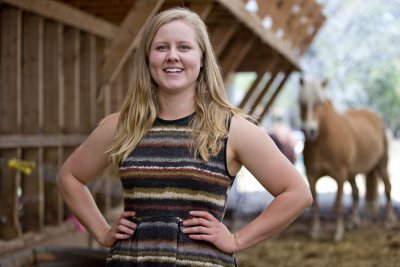 The 103,000-acre ranch supports some 3,000 bison and 300 cattle in an environment where strict management of water use and grazing is crucial. “A lot of the cottonwoods around the ranch were dying,” she says, “because the water table has dropped so much.”

The internship “introduced me to large-scale ranching and the success that comes from managing entire ecosystems instead of focusing separately on the crops or livestock,” Caldwell explains. The experience was eye-opening after life on an Ohio farm where the land is fertile and rainwater plentiful.

“I felt Zapata Ranch was the beginning of my life in sustainable ranching, and I realized how much more I want to learn.”

Caldwell readily credits Bates for helping prepare her, in ways both specific and broad, for both the Watson experience and what comes next. Like many Bates seniors whose work with fellowship advisers (in her case, Nancy Kleckner, biologist and Bates’ Watson liaison, and Robert Strong, lecturer in English and the college’s graduate fellowship adviser) has paid off with an award, Caldwell feels that guidance was decisive.

On the broad scale, Caldwell could write the theme song for the liberal arts experience. “The fact that there are opportunities to explore almost any interest is just phenomenal. I think coming here and taking that leap of faith has led to so many other opportunities.”

She adds, “I’m going to look back to my Bates experience for a lot of inner strength because it has pushed me in ways that I didn’t think possible.” Coming from Caroline Caldwell, that’s saying a lot.