“Revisiting the Great Migration through paintings and poetry” — PBS NewsHour

Bates Professor of English and poet Crystal Williams is featured in a PBS NewsHour story about a series of poetry readings that address and respond to paintings now on display at the Museum of Modern Art in New York.

The paintings are The Migration Series, 60 small paintings by Jacob Lawrence that tell the story of the Great Migration of six million African-Americans from the rural South to the urban North.

Williams read her own poem, “Year After Year We Visited Alabama,” described by reporter Jeffrey Brown as a “gentle homage to her father.”

Williams also serves as an associate vice president at Bates and is the college’s chief diversity officer. 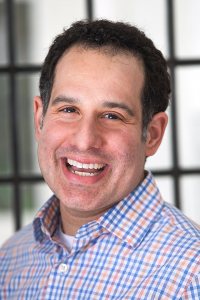 Jonathan Adler ’00, assistant professor of psychology at Olin College of Engineering, continues to get media attention for his research that suggests that the way we tell our own stories — our narratives — affects our mental health.

“[Y]ou have a choice in how the narrative plays out,” he tells reporter Elizabeth Bernstein of The Wall Street Journal. “You tell the story and the story really matters.”

Adler also speaks about his work for a WBUR and Slate podcast, The Checkup (at the 17:23 mark). 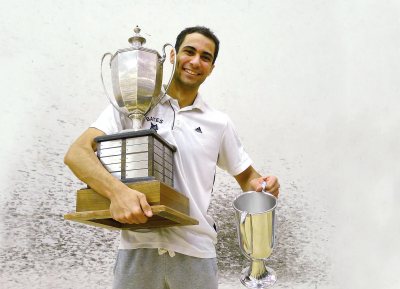 “Faces in the Crowd” — Sports Illustrated 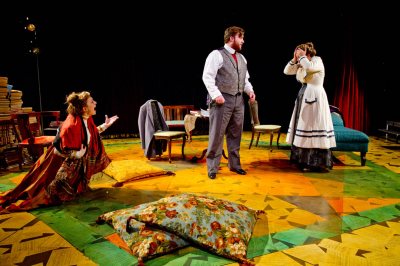 “10 Most Underrated Theater Colleges in New England” — On Stage

The theater website On Stage says that Bates has one of the most underrated theater departments in New England.

“Aside from being one of the best liberal arts and science colleges in the country, Bates offers a wonderful theatre program as well.”

In a Forbes Q&A with Shirl Penney ’99, CEO and founder of Dynasty Financial Partners, reporter Dan Simon notes that Penney has developed “a game-changing integrated platform of technology and services for top independent financial advisors.”

Penney, whose personal story was told in Bates Magazine in 2005, left a major brokerage house five years ago to create Dynasty.

Describing the intensity of building a company, Penney tells Simon that “when you go out on your own, your business card has just your name on it. Period. And to a certain extent what you did in the past does not matter.”

“Raising capital, attracting people to make your vision theirs, convincing clients to come on board early, managing expectations at home, and not wavering on your belief in yourself can be difficult….Then, when you launch, it gets harder.” 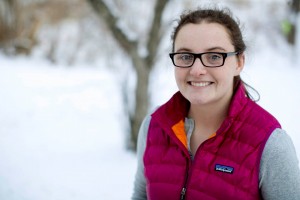 Kristen Kelliher ’16 of Norwich, Vt., is the youngest female to climb the highest peaks in all 50 U.S. states. (Phyllis Graber Jensen/Bates College)

Kristen Kelliher ’16 of Norwich, Vt., has climbed all the highest peaks in the U.S., the last being Alaska’s Denali at age 18, making her the youngest female to “highpoint” all 50 states.