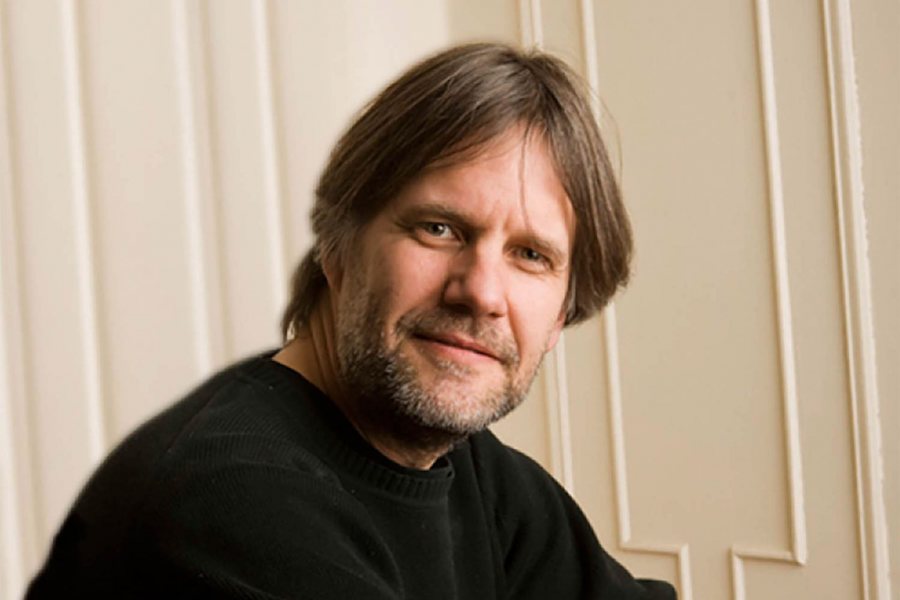 A jazz pianist and composer, Frank Carlberg is a visiting artist at Bates in 2015-16.

Admission is free but tickets are required, available at bit.ly/oacbates. For more information, please contact 207-786-6135 or olinarts@bates.edu.

Carlberg, at Bates this academic year as a visiting artist, is known for his musical settings of poetry. In his Bates performance, titled Word Circus, he’ll present settings for work by such contemporary American poets as Ron Padgett and Anselm Berrigan.

At 4:15 on Dec. 3, Carlberg also offers the lecture Jazz and Poetry: A Personal Journey in Room 104 of the Olin Arts Center.

Other poets that Carlberg has adapted include Jack Kerouac, Anna Akhmatova, Kenneth Rexroth and Wallace Stevens.

As a leader, his groups include the Bates-bound Frank Carlberg Quintet; the Tivoli Trio, a classic jazz piano trio playing an eclectic mix of Carlberg compositions drawn from cinematic and circus inspirations; and the Frank Carlberg Big Band, performing original compositions as well as arrangements and re-compositions of standards and folk materials.

In addition to composing and performing, Carlsberg serves on the faculties at the New England Conservatory and the Berklee College of Music.