In ‘Our Country’s Good,’ a play-within-a-play entertains and questions 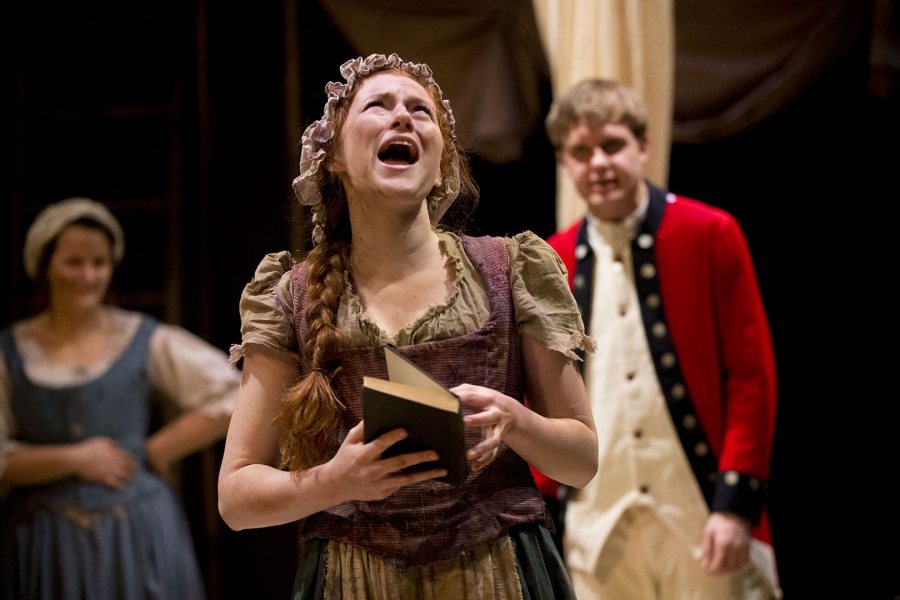 In an early scene in Our Country’s Good, a group of correctional officers debate whether they will allow their convicts to stage a play. Their debate centers on two essential matters: first, the value of theater to teach morality — and second, the value of teaching morality to convicts in the first place.

Their conversation takes place in the late 18th century, but the questions they pose still resonate today.

“It will prove a most excellent experiment,” declares one officer. And so it does. 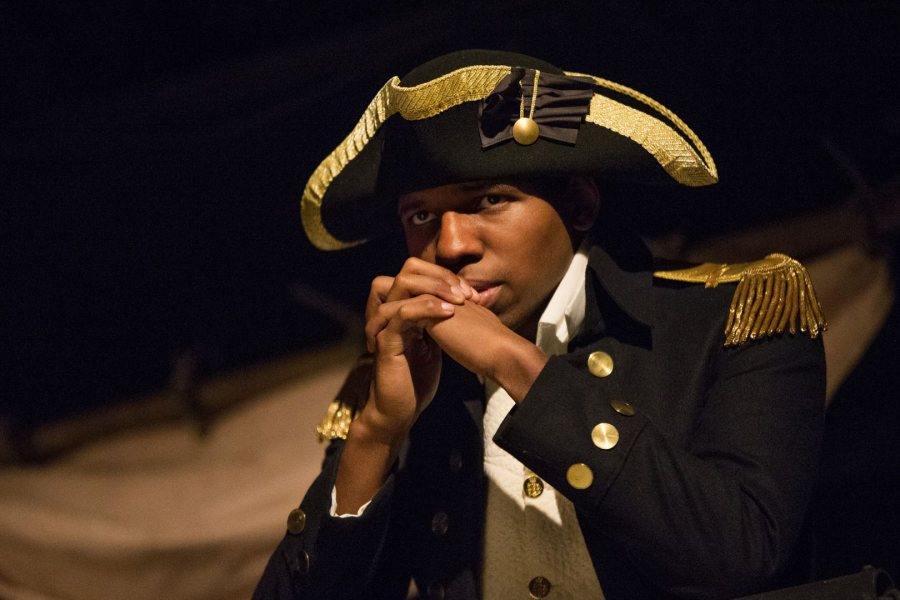 Visiting Assistant Professor of Theater Sally Wood directs the Bates production, presented during a year when the college has dedicated a variety of events to the examination of incarceration. Performances take place March 10–14.

Written in 1988 by British playwright Timberlake Wertenbaker, Our Country’s Good ran on Broadway in 1991 and received Tony and New York Drama Critics Circle awards. The story is based upon true events: Wertenbaker adapted the play from Thomas Keneally’s historical novel The Playmaker.

“It’s a touching tale that almost seems too incredible to be true,” a New York Times reviewer said of the 1991 production. 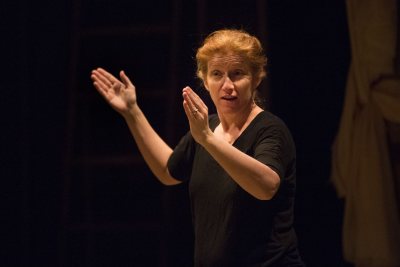 Sally Wood, visiting assistant professor of theater at Bates and director of the mainstage production “Our Country’s Good,” introduces the play to a dress rehearsal audience on March 9, 2016. (Phyllis Graber Jensen/Bates College)

The play is set in the first British penal colony established in Australia. Convicts are sent from England to live there in exile, but the British officers in charge question how best to manage them all as they build a new community from scratch.

Wood emphasizes the struggle for these characters to maintain hope amidst what amounted to a lifelong prison sentence. “They’ve been trained that there’s no hope,” she says.

Once the convicts are in Australia, she notes, “it’s not like you get a free ride back.” In such an environment, though, Wood believes that hope remained possible: “You make your own paradise.”

In casting the play, Wood followed the lead of prior professional productions, which double-cast almost every actor as both a convict and an officer. This casting style creates a shifting power dynamic for the actors and for the audience. “It’s a huge status play,” says Wood. “In one scene, they’ve got all the power, and in the next scene they have none.”

Lt. Ralph Clark, played by Sam Myers ’16 of Riverton, Wyo., decides to put on a production of the 1706 play The Recruiting Officer in an effort to impress his boss, Capt. Phillips. Phillips, portrayed by Michael Driscal ’19 of Cleveland, believes in redemption.

Clark aims to prove that the convicts are capable of growth and redemption. But casting, rehearsing, and defending the play proves challenging. Clark “has such a tough time,” says Wood, who has directed for Portland Stage Company and served as artistic director at the Theater at Monmouth.

Also in the cast are:

Before coming to Bates, Wood had choreographed fight scenes for over 20 productions. Although Our Country’s Good has no fight sequences, Wood’s experience helps to demonstrate the shifting power structures at play.

“We keep talking about having to advocate for your character,” Wood says

Wood stressed to her cast the need to dig into each character’s decision-making. Rather than criticizing their choices, she implored her cast to justify those choices as though they were their own.

“We keep talking about having to advocate for your character,” Wood says. “Even if you’re playing somebody who, on an ideological level, you don’t agree with them, when you’re acting that role you have to advocate for them.”

“If we do our job right, there are no villains.”

Much of the play focuses on a central moral debate: can convicts be redeemed? Wood hopes that audiences debate the characters’ choices, just as the cast has done. After audiences leave the play, she says, “I hope they have an argument.

“If we do our job right, there are no villains — you can still see, however much as you don’t agree with it, that the other person has a point.”