These select images from the 2016 Barlow Off-Campus Photography Exhibition underscore one theme of the college’s Off-Campus Study Program: It’s for everyone.

The 15 student photographer images hail from nine states, carry 11 different academic majors, and studied on 13 different programs, including Bates’ own Fall Semester Abroad program in Berlin, while one student designed her own program.

The annual exhibition is funded by the college’s Barlow Endowment, which supports a range of Bates-in-the-world opportunities for students and faculty, plus a special travel grant for alumni K-12 educators.

Statement: An incendio billows above the port city of Valparaíso. The tangerine-colored smoke stems from the higher hills, where impoverished residents live and where foreign companies have planted highly flammable eucalyptus trees for quick and easy production.

This preventable disaster has become increasingly common in the past few years, but citizens have mobilized in the aftermath of tragedy in order to help each other. This day, as we climbed to a friend’s roof to watch the ocean reflect the blood-red sky, we couldn’t help but think that clouds should never look like that. 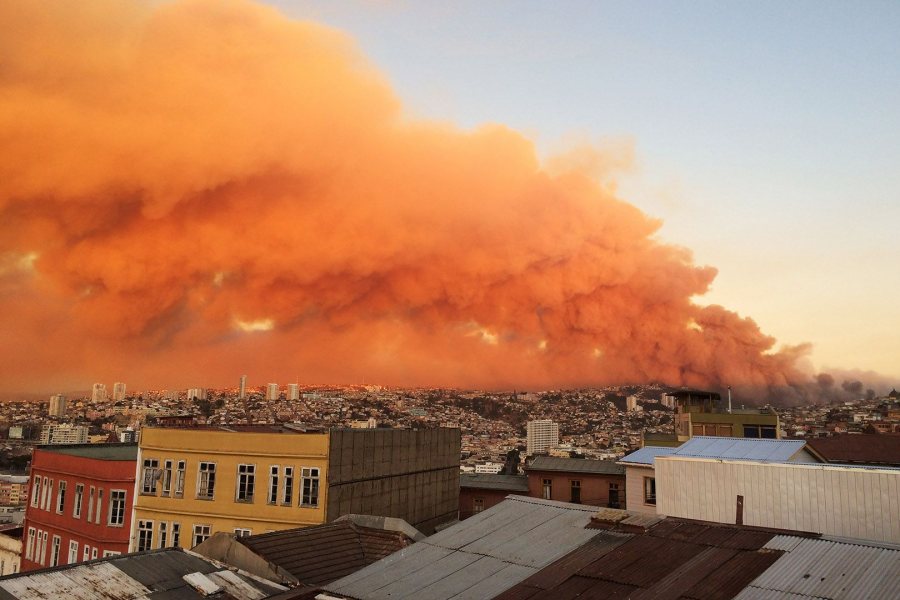 Statement: I took this photo at sunrise from a hot-air balloon above the fairy chimneys in Cappadocia, Turkey. I had been in-country only a few weeks but was already blown away by the beauty, history, and diversity of Turkey, inside and outside of Istanbul. 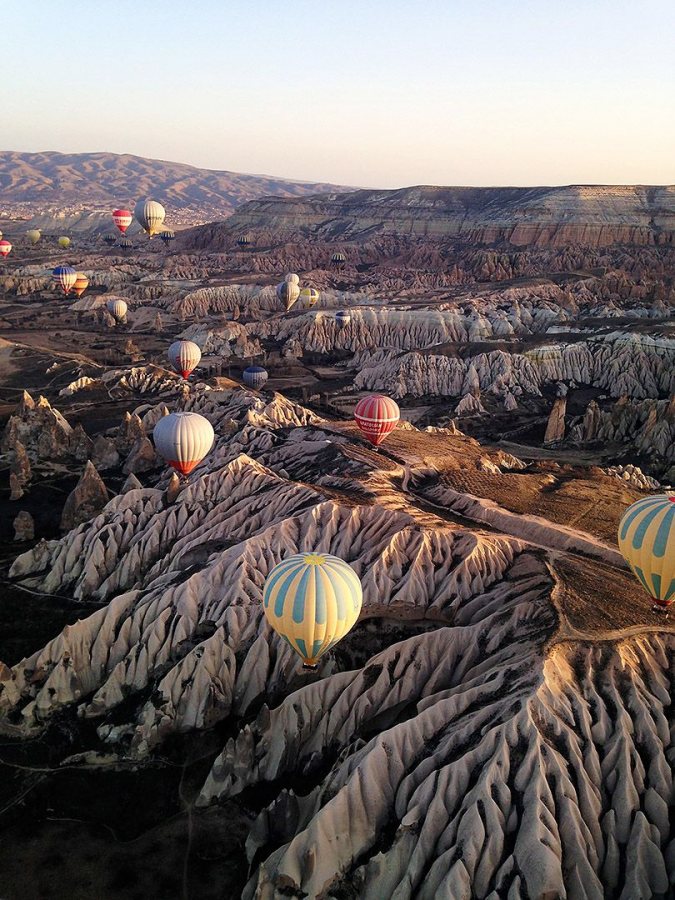 Statement: This picture was taken at dusk during our decent of Roys Peak in Wanaka, New Zealand. That’s Mitch Metzger of DePauw University, and this was the halfway-point in a two-week journey around the south island of New Zealand. 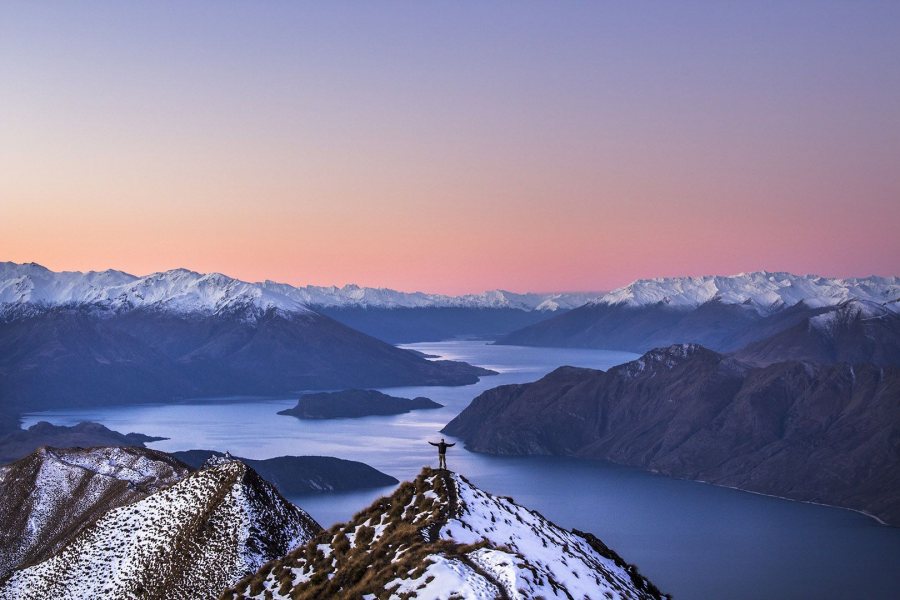 With the Q’eros, Peru

Statement: I spent my study abroad working with Willka Yachay, a nonprofit founded and run by Hannah Porst ’11 that serves the Q’eros people.

In this photograph, Hannah and my friend Gloria Chura Apaza are walking through the Cordillera Vilcanota range in the Peruvian highland, about 14,000 feet above sea level, on our way to the Saturday market. From where we were, it takes about an hour on foot to get to the nearest road, though this is rapidly changing as road development pushes forward.

From the market, Hannah and I said goodbye to Gloria, a student from the village of Cochamoqo, and headed back to the city of Cusco, another seven hours away. 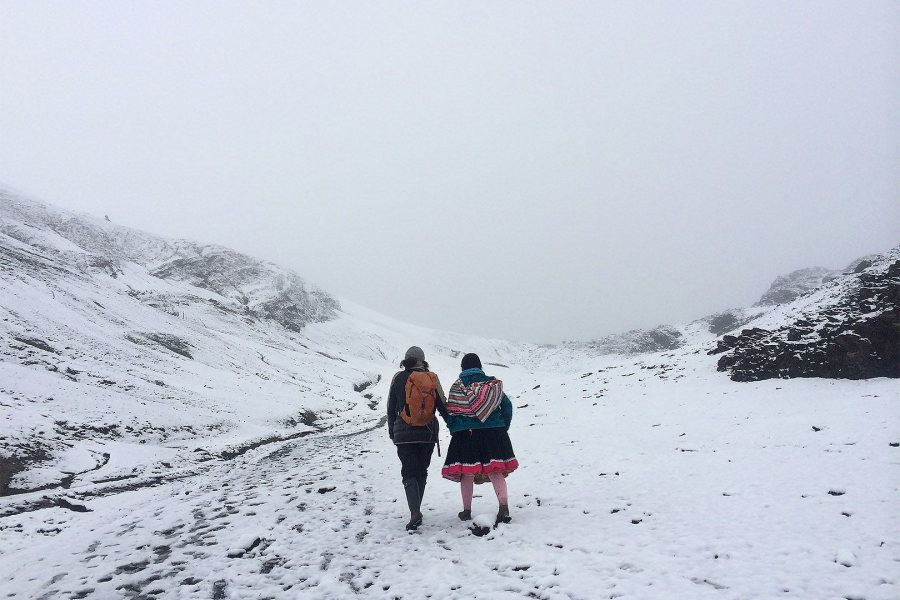 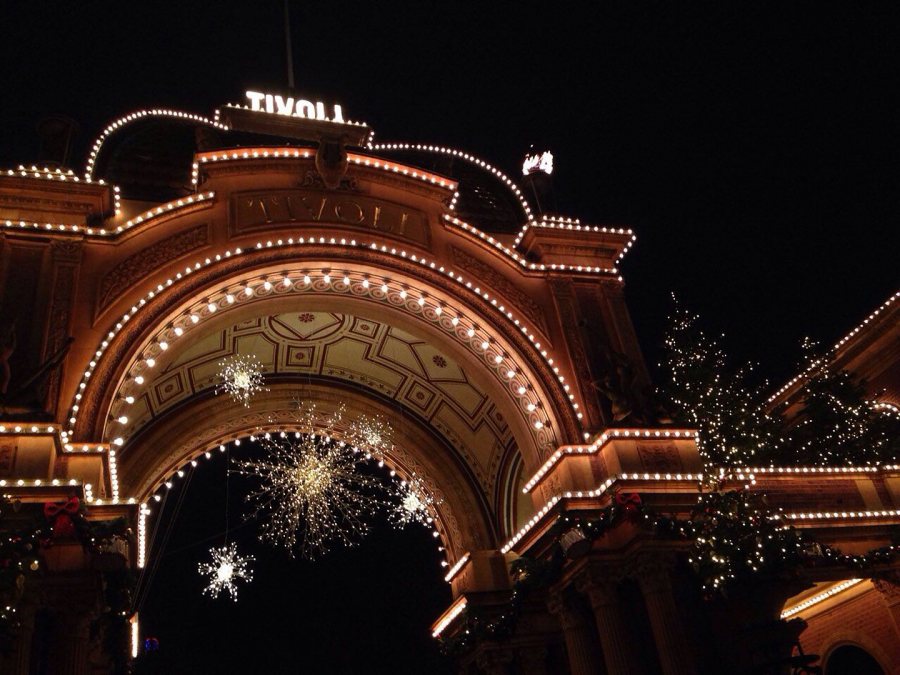 Statement: While Sargassum provides shelter and food to a plethora of animal species, the recent influx of large, pungent mats of Sargassum pose a threat to tourism-based economies and coastal ecosystems. My research in the Turks and Caicos looked at Sargassum’s potential as an organic fertilizer, which would alleviate the masses of Sargassum and promote plant growth in the region’s arid conditions. 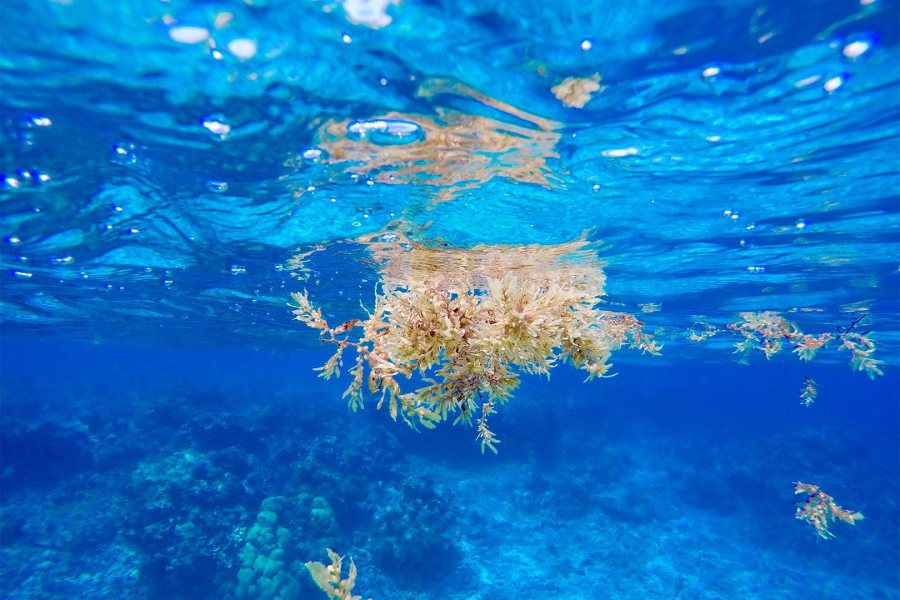 Statement: The other students on my program and I wanted to escape the hectic energy of Kampala for the day, so we went biking through the hills around Lake Victoria. After winding miles through the forests, getting lost multiple times and passing only a handful of people, we popped out of the woods to find this lakeside scene on Lake Victoria, packed with fishermen.

Their friendliness and lively conversation, combined with the backdrop of the bold colors of the boats and bodas, as Ugandans call motorcycles, were a welcome reward for our exhaustion. 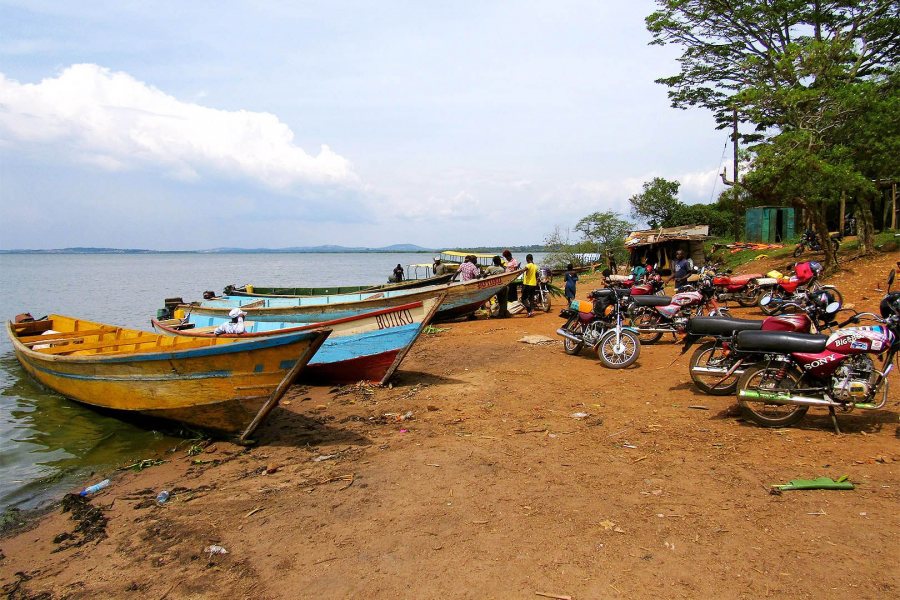 Statement: Taken in May 2015 in Ho Chi Minh City, this photo shows the building across the street from my Vietnamese roommate’s balcony. During the Vietnam War, this housing complex was home to government and military officials of the former South Vietnam, and they would meet to discuss strategy in secret within their homes.

My Vietnamese roommate’s grandfather was among these local officials, and he continues to live in this apartment complex, as does her aunt, uncle, cousins, and immediate family.

I shot this with 35mm film. Vietnam, with its amazing street life and culture, seemed like the perfect place to explore and practice shooting with film as a documentary technique. 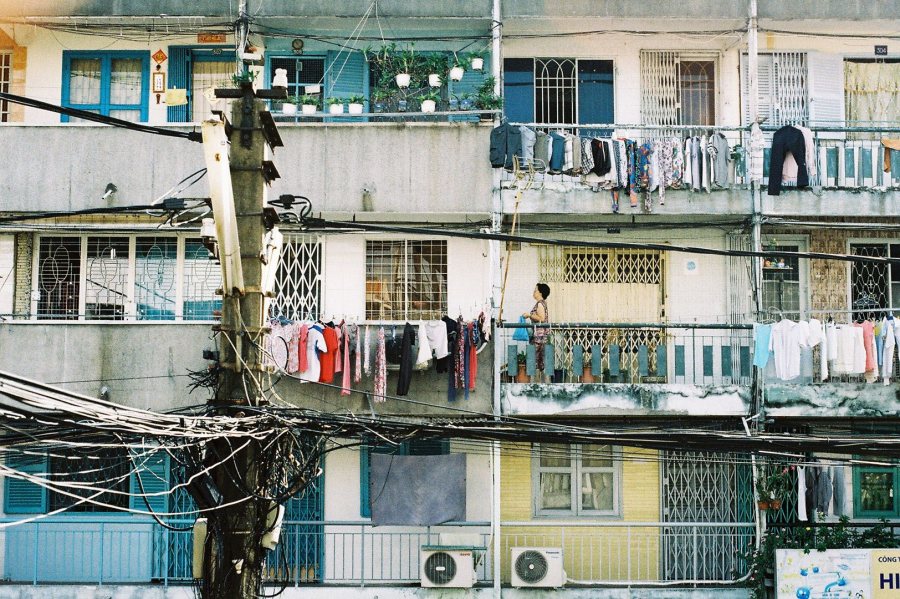 Statement: A diver during a yacht weekend. 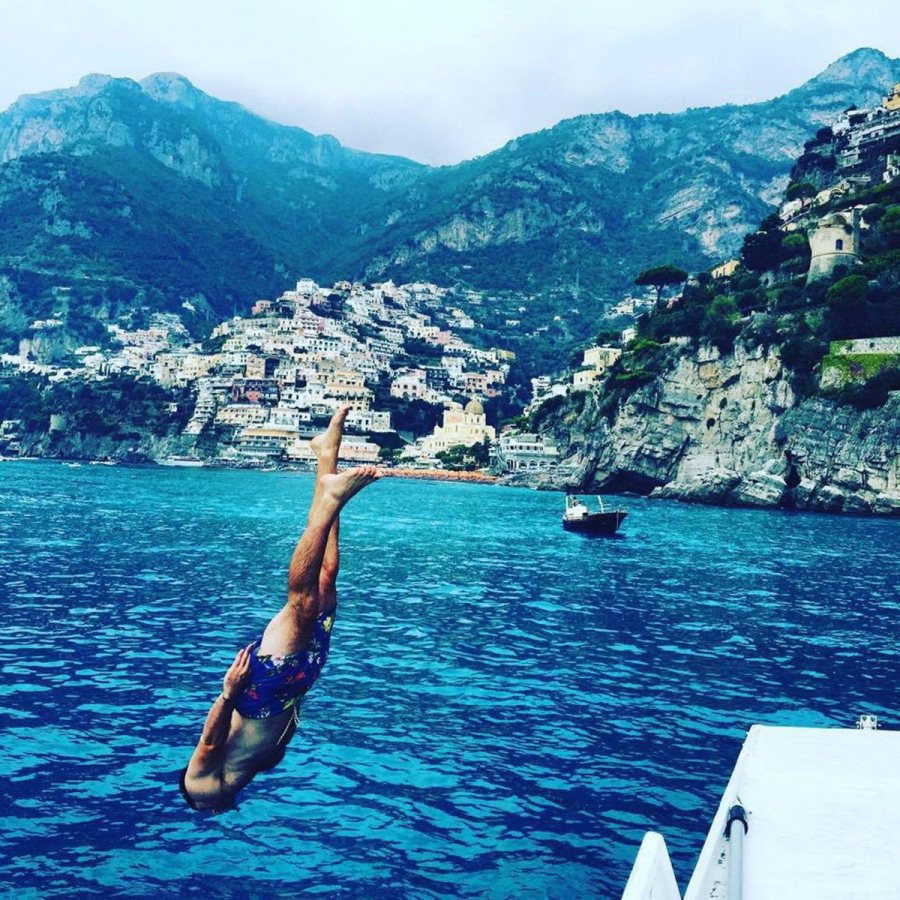 Statement: Savoring the simple contentment and joy of spending time with Alfa, my younger host sister. 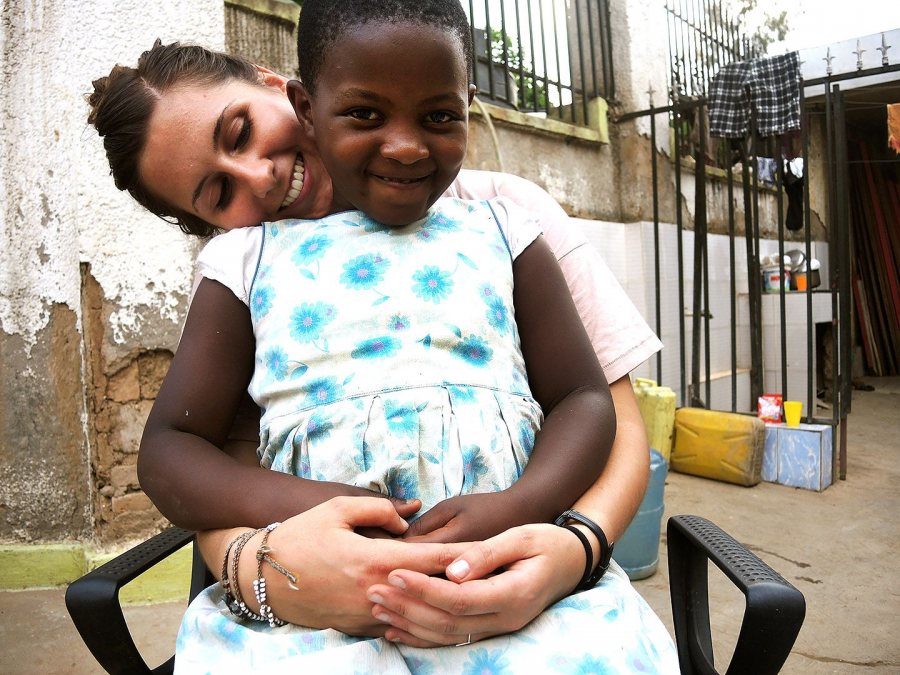 Statement: Riding the S-Bahn and U-Bahn everywhere quickly became second nature in Berlin; this mid-December photo is of the interior of the S-Bahn on my way to school.

Whether it was to get to the Pergamon Museum or the East Side Gallery, riding the train made every corner of Berlin easily accessible and was an integral part of my experience abroad.

I easily recall the sound of the arriving trains, the recorded voice announcing the next stop, and the hiss of the doors opening as I step into both new and familiar stations. 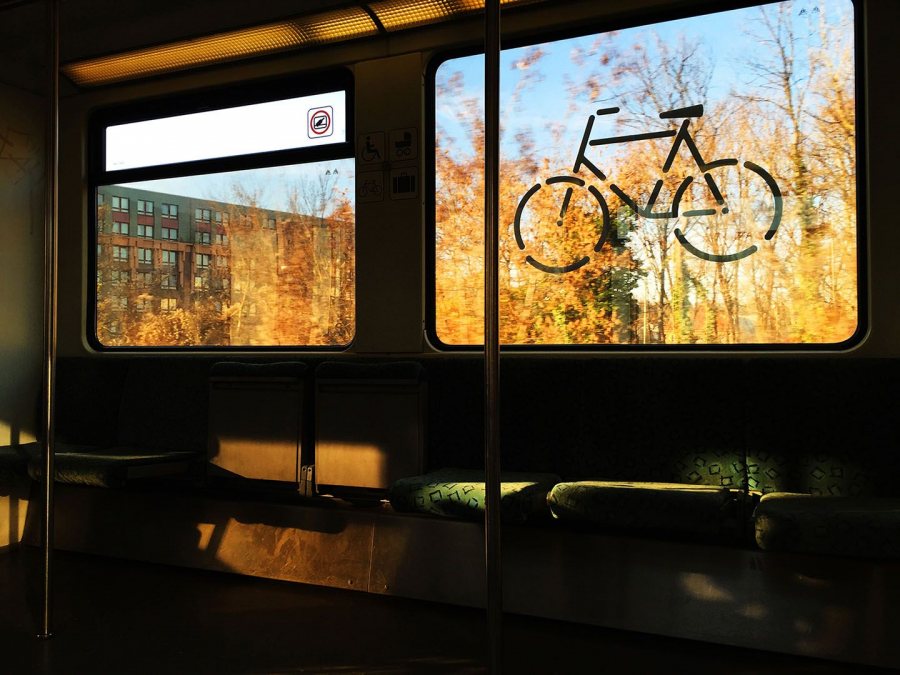 Statement: On Oct. 19, 2015, our class traveled to the Za’atari Syrian Refugee Camp in northern Jordan, just 13 kilometers from the Syrian border. After over an hour driving through the nondescript desert, this vivid mural sprang into view right outside the camp gates.

Created by Syrian youth, this painting is covered in writing. Translated from Arabic, it reads: “A lot of my loves are gone, so peace be on you, Earth…I want to be a hero…I want to be a teacher of generations…I want good for all people.” 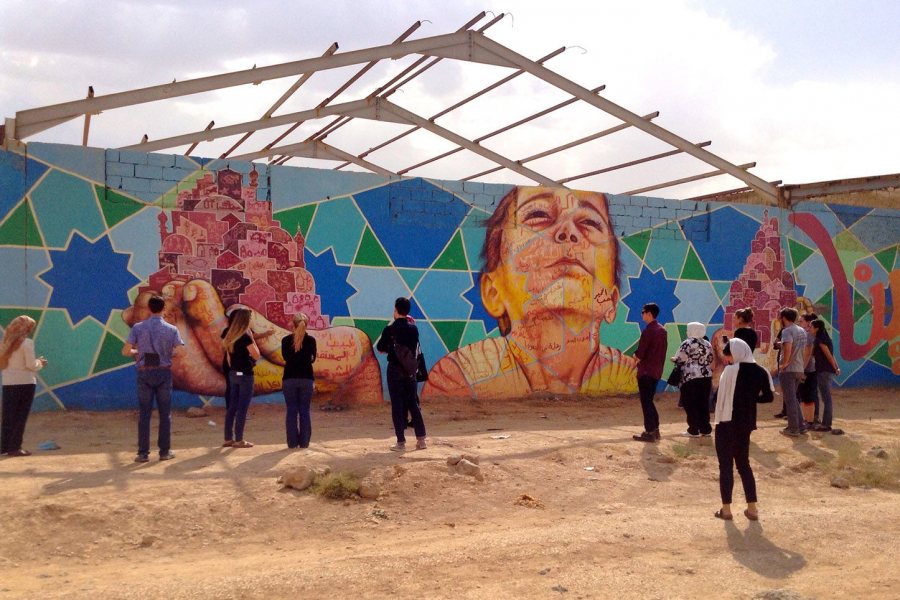 Statement: This photo was taken early in the morning on my commute to school. I believe this photo captures the peacefulness of Copenhagen. 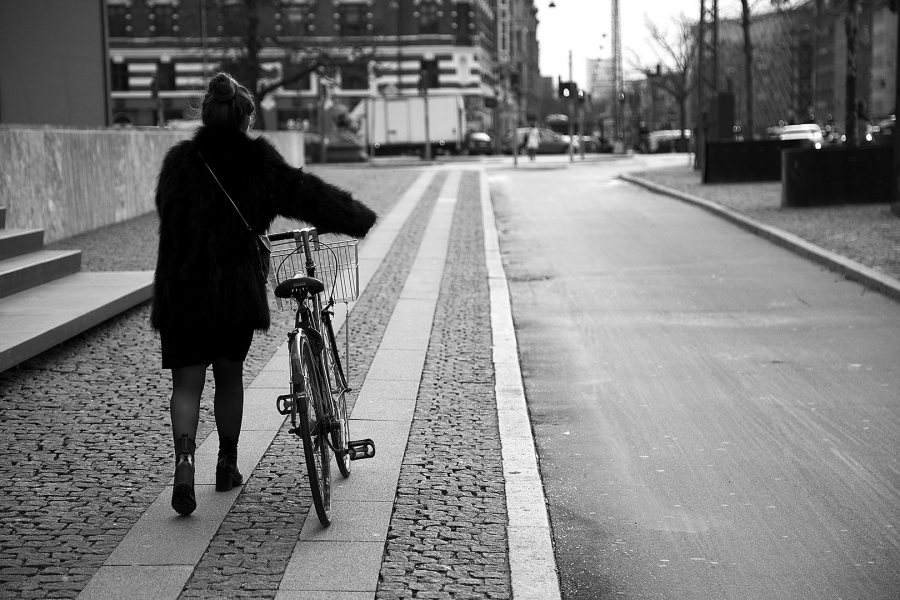 Statement: While walking along the water I discovered a crowd having their very own “trashion” show, much like the one we have here at Bates, only in a slightly nicer setting! 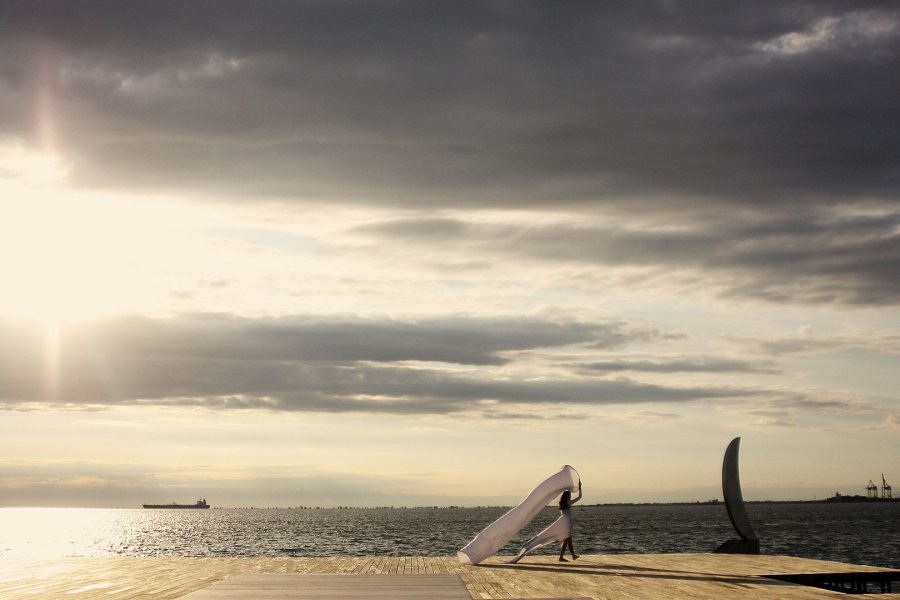 Statement: Noon on a Friday: The Call to Prayer echoed throughout the old medina as men hurried to mosque and women cooked the traditional holy meal of couscous with vegetables, meat, and spices.

My host sister, Bahia, entered our home with a box of caterpillars she had bought next door. We placed them on our noses, legs, and arms and screamed with nervous excitement. Bahia was the sister I never had — we laughed, fought, and cried throughout our three months together.

This photo makes me appreciate these seemingly simple moments I shared with the people I love and miss. 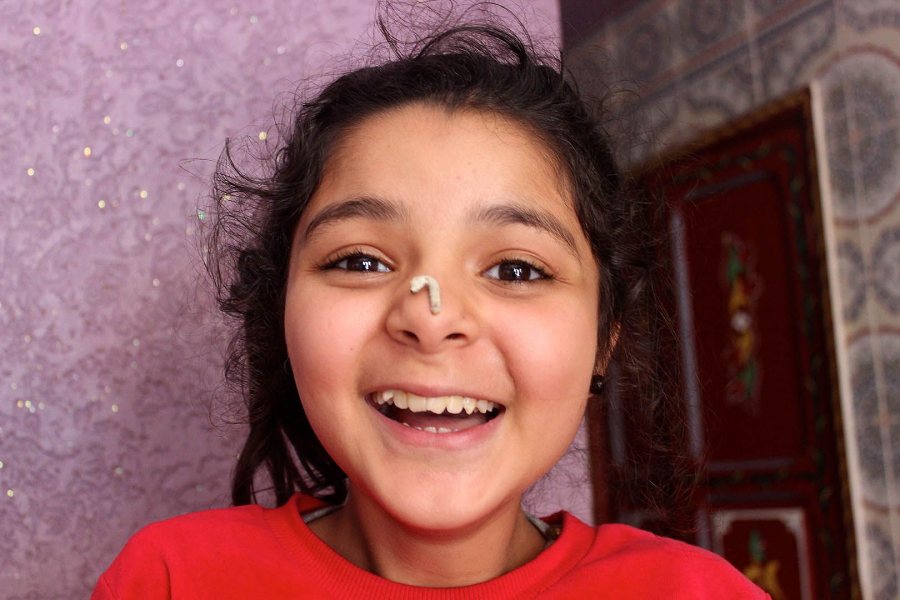 Picture story: Immerse yourself in the 2018 Bates Commencement