For Reginald Floyd ’86, driving nearly three hours across South Carolina to witness the unveiling of the Dr. Benjamin E. Mays Statue was a small act to honor a civil rights giant.

As Floyd approached Greenwood on the Benjamin Mays Highway, he thought about how his generation stands on “the shoulders of the giants who paved the way for our opportunities. I would not have missed this for the world.”

Video by Theophil Syslo of the Mays Statue unveiling on Nov. 4, 2017.

Designed and created by Jon Hair, the statue was unveiled Nov. 4 at the Dr. Benjamin E. Mays Historical Preservation Site, located a few miles from Epworth, where Mays was born in 1894.

“We thank God for the life of Benjamin Elijah Mays, a prophet of freedom.”

He was known as “the schoolmaster of the movement” for “inspiring generations of African American students and clergy to develop their intellectual talents and calibrate their ethical compass in order to challenge injustice,” wrote biographer Randal Maurice Jelks. One of Mays’ students at Morehouse was Martin Luther King Jr., who called Mays “my spiritual mentor and my intellectual father.”

The Rev. Otis Moss, a Mays protege, delivered the keynote address at the unveiling.

“We thank God for the life of Benjamin Elijah Mays, a prophet of freedom,” Moss told his audience. “He fought for freedom with every fiber of his body and being, all of his life. We celebrate a life and a legacy, remembering the greatness of an individual who blessed this nation and the world.”

The Mays Preservation Site, which opened in 2011, features Mays’ birthplace and home, which was relocated from a pasture in Epworth in 2004; a 19th-century one-room schoolhouse; and a barn-like structure that serves as as museum and theater.

Bates was well-represented at the unveiling by more than a dozen alumni, parents, and staff, including James Reese, associate dean of students for international student programs at Bates.

“His life is a legacy that we can all continue to learn from.”

“Mays always stated that Bates was an incredibly special part of his life, in addition to his education,” Reese said.

Through a bequest, Mays established the Benjamin E. Mays Scholarship Fund at Bates. Benjamin Robinson ’86, a Mays Scholar, said attending the unveiling was “a tremendous honor.”

“His life is a legacy that we can all continue to learn from,” Robinson said. “I am thankful I’m here and honored to be in the presence of his greatness.”

“South Carolina has done a lot recently to pull down statues and memorabilia of the Confederacy,” said Warner, who is a member of the Alumni Council. The Mays statue sends an important message for “civil rights and human rights in our country right now.” 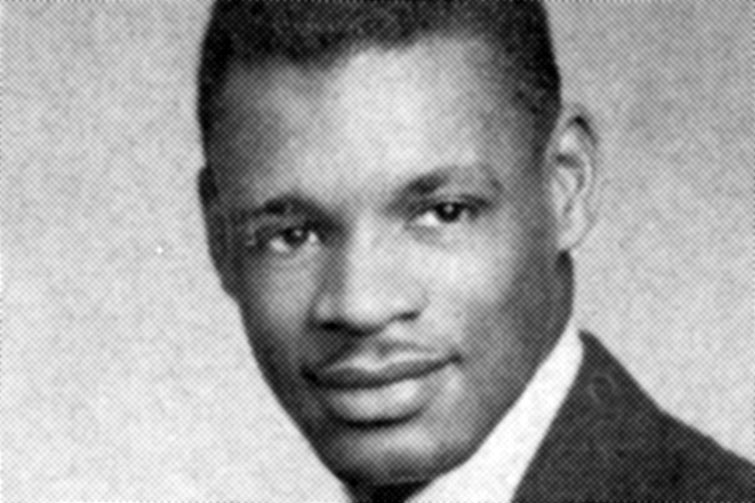